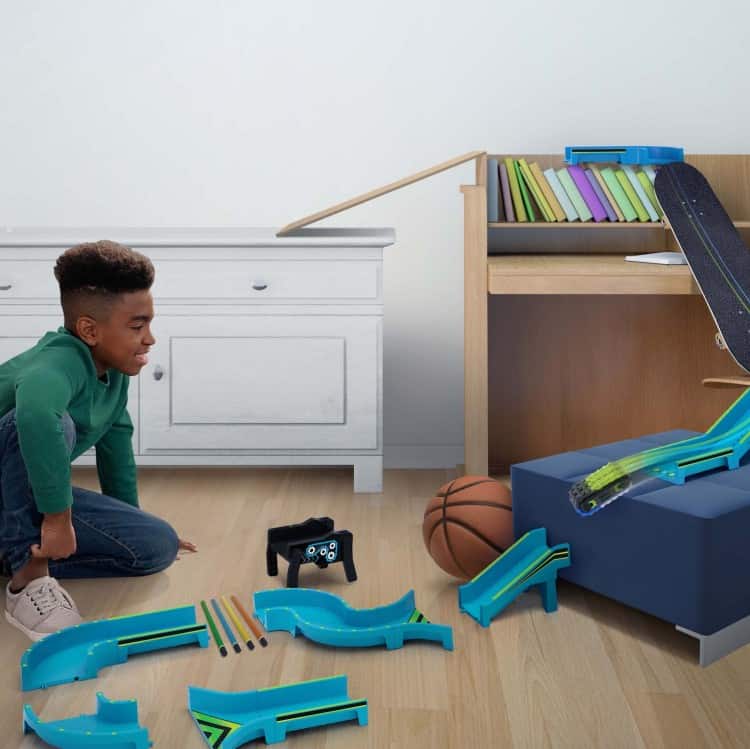 The set of all-surface vehicles that kids can build and unleash allows them to design and customize treads on the all-surface vehicles (ASVs), then build trails using the modular track set. Tracks can be kept close for more control, or expanded out for more challenging routes. Part of the fun is setting up stunts, obstacles and challenges for Power Treads to power over, under and through, using found objects and household items, says WowWee. For the ultimate power play, users can activate the Power Trekker to trek around and conquer new heights; with 1,000-plus courses, kids can build any number of trails at an unlimited scale.

“Power Treads gives you raw power, a customizable vehicle and a modular building system,” says Davin Sufer, WowWee’s CTO. “We used cutting-edge design for amazing all-surface capabilities, so that you can build your course anywhere. Track pieces connect or can be placed as far as you want. The course and stunt possibilities are practically endless.”

WowWee has tapped Product Counsel to launch a direct-to-consumer media campaign, and Power Treads will be available at other major North American retailers and internationally later this Fall.