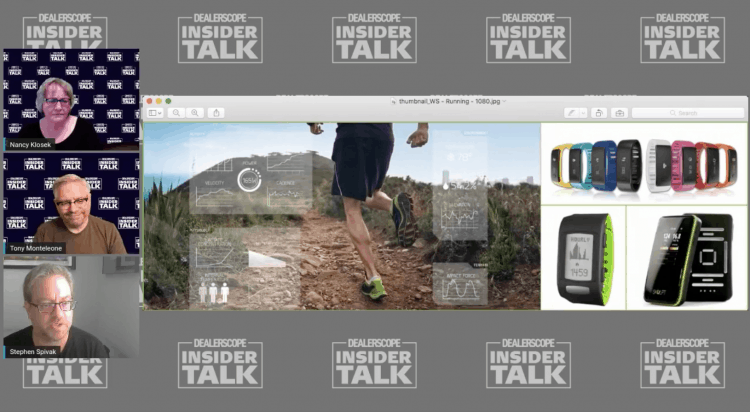 On the most recent episode of Dealerscope Insider Talk, hosts Nancy Klosek and Tony Montelone caught up with Steven Spivak, Founder and President of The Wearables Store based in Phiadelphia.

Spivak came up with the idea for the company after attending CES 2014 and noticing a rise in the wearables category. On the plane ride home, he thought about the benefits of grouping these products into one place where consumers could gain a better understanding of this broad, growing category. And thus The Wearables Store began a year later in 2015. Now in its fifth year, the direct-to-consumer e-commerce company has faced its most unique challenge yet: COVID-19.

Like the entire consumer electronics category, The Wearables Store has faced some major disruption in supply chain out of China that began back in early March. Spivak shared that demand for certain products has changed exponentially—in some ways good and others not so good. For instance, Spivak has noticed a decline in fitness bands since they are essentially a “nice-to-have” item, but gym equipment has been a hot ticket these past six months since many gyms have closed. Normally, The Wearables Store would even have an assembly team that would go into people’s homes to set up this gym equipment but unfortunately that service has been put on pause during the pandemic.

One challenge that The Wearables Store has actually avoided is inventory struggles since they don’t keep any. They are a traditional drop-ship company and that means they “live and die on the margins” as Spivak says. Their price certainty comes from making deals directly with manufacturers and representing them to healthcare companies like BlueCross BlueShield, American Specialty Health, and more. The healthcare companies offer deals on The Wearables Store’s products like health bands and smart watches that incentivize them to stay healthy and active with discounts on their premium.

Continuing on the theme of this year’s challenges and changes, Spivak also shared how he is going to miss attending events in person, such as CES where the idea for his company started. Not only does that impact relationship building and maintaining, but it also prevents the ability to see, touch, and play with new products. But, as Spivak mentioned, there are always workarounds during these uncertain times and he is hopeful that he will be back on a show floor soon.