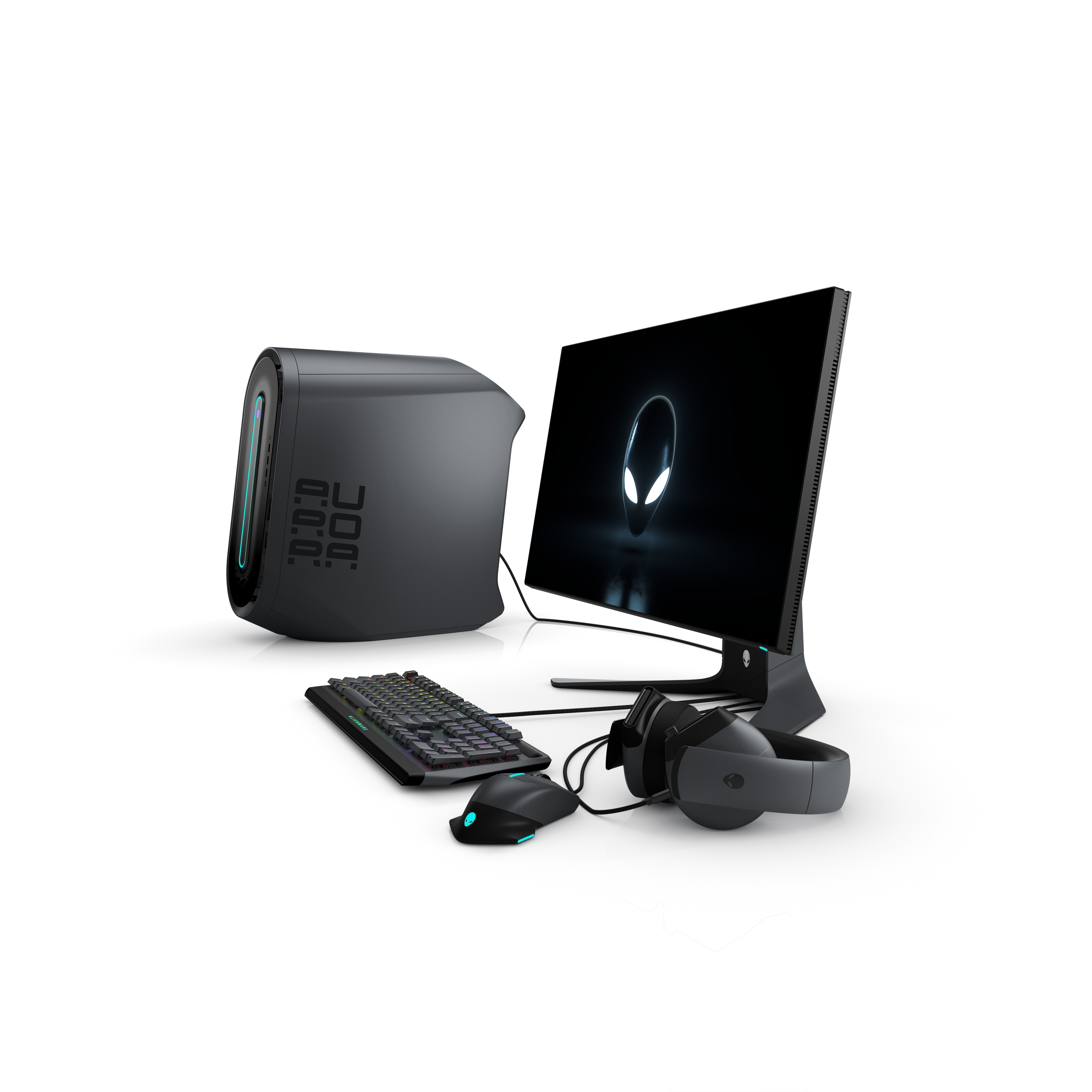 Alienware has had 25 successful years of creating PC gaming desktops. To celebrate the milestone, the company announced a redesigned flagship gaming desktop, Aurora. The new desktop has an open-air design that promotes better accessibility, airflow, and cleaner cable management.

Made with fans in mind, the computer is designed to deliver an enriched and organized gaming experience. To that end, Alienware has increased the internal chassis volume by 50 percent and added four 120mm fans and liquid cooling options to create a more efficient airflow to keep the PC from overheating. When compared to its predecessors, the new Aurora desktop CPU temperatures are three percent lower. The unique honeycomb-shaped airways assist in increasing airflow efficiency by taking in cool air and moving it across the motherboard and performance components before pushing it out through the back of the chassis.

Alienware offers an optional transparent panel for the left side of the chassis so that gamers can see the motherboard inside. The right side of the chassis can be removed without using a tool, which makes it easy for gamers to customize their device however they like.

This new Aurora is 16 percent quieter when idle, nine percent quieter during CPU intensive tasks like gaming and streaming, and 15 percent quieter during overclocking. Now the desktop won’t sound like an airplane ready to take off when gamers are trying to play Call Of Duty or Halo. Gamers can keep their area free from the tangled mass of cables with the optional magnetic cable cover, which stows cables and hides ports on the rear side. Both the pricing and release date are TBA as of this time.

Retailers to Welcome 2022 With a Plethora of Returns