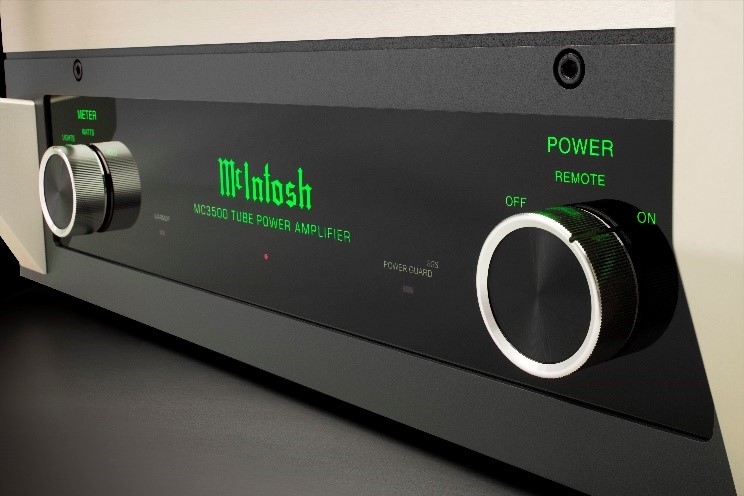 McIntosh has announced the reimagined MC3500 Vacuum Tube Amplifier Mk II, which was used to power the sound system for Woodstock ’69. The updated version is compatible with a variety of turntables, CD players, and speakers to complete your home audio system.

“At the 50th anniversary of Woodstock in 2019, there was a lot of buzz resurfacing about the McIntosh sound system,” said McIntosh President Charlie Randall. “This enthusiasm was infectious and inspired me to get our engineering team together to redesign the amp that has obviously resonated with music fans as being a historically significant piece of audio gear.” The company worked on a new design for two years by pulling inspiration from the original 1968-71 MC3500 and using updated information to incorporate into the vacuum tube amplifiers design.

With 350 watts of power, which is 50 more than the MC2301, the MC3500 Mk II can deliver a strong audio performance. To make sure the watts are safely delivered to the speakers, the MC3500 Mk II uses McIntosh’s Unity Coupled Circuit output transformer. The amp utilizes McIntosh’s Power Guard Screen Grid Sensor technology to prevent premature vacuum tube failure. As a safety measure, Sentry Monitor technology actively tracks the output current, so the user is operating within safe limits. Attach speakers to the Solid Cinch speaker binding posts that securely affix the speaker cables to any prevent loose cables.

Paying homage to the original design, the MC3500 MK II incorporates the U-shaped side rails, a feature that makes handling the amp easier when traveling on the road. Black rubber bumpers have been reproduced to allow the amp to be set upright and prevent damage during concert setups. The output meter display has been increased and moved from the left side to the center of the front panel for easier readability. McIntosh’s DualView is utilized by the meter with the top scale showing the power output in both Watts and decibels, while the bottom scale shows the amplifier warmup time.

Orders for the MC3500 MK II can now be placed with Authorized McIntosh Dealers with shipping expected to begin in December 2021 to the United States and Canada. The retail price is set at $15,000.