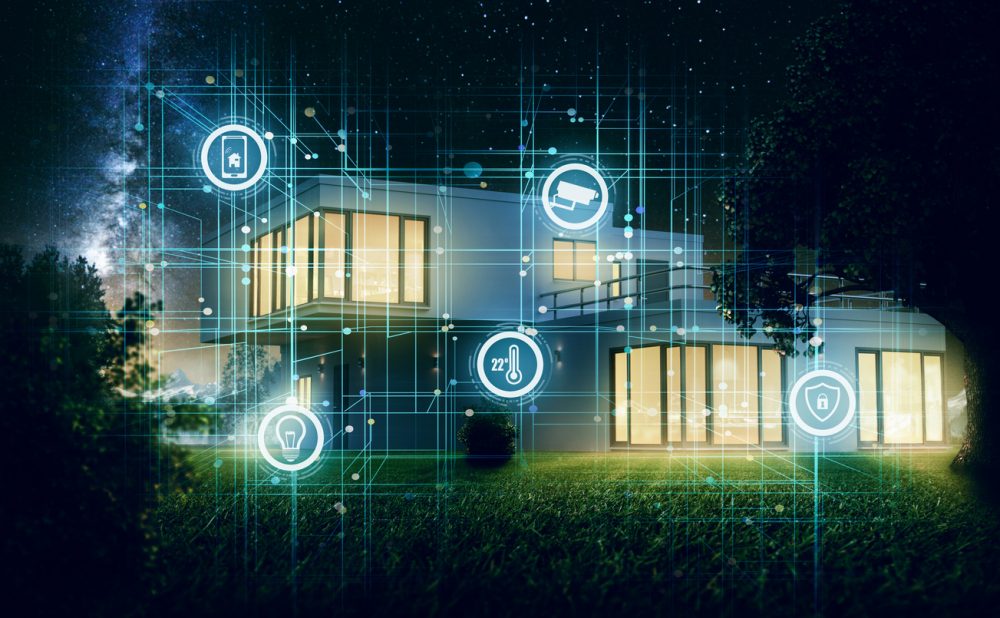 THE DAILY SCOPE, 1/14/22: Mixed in among the groundbreaking product announcements and futuristic exhibitions of CES is a wide range of panels. These discussions facilitated by industry leaders are some of the often-overlooked hidden gems of the event. By nature, these panels are less flashy and as a result draw significantly less media coverage than your average product announcement; however, for students of the industry, they provide an inside look at the questions that are driving industry innovation and are set to shape industry landscape in the years to come. CES 2022 featured a wide range of panels from industry experts covering everything from the smart home to experiential retail. Here are some of the more interesting takeaways from these panels:

Smart homes are evolving to provide consumers with intuitive security features. The “Building a Resilient Smart Home” panel, hosted by Mitch Klein, executive director at the Z-Wave Alliance, included Dr. Haim Amir, CEO and Owner at Essence, Avi Rosenthal, partner at Blue Salve partners, and Melissa Andresko, Chief Corporate Brand Ambassador at Lutron Electronics Co., Inc. These experts discussed how consumer desire for security and having full control over their home’s entrances and exits is central for peace of mind. As a security deterrent, Lutron has employed technology that allows the home to randomly lower shades and turn lights on and off to give off the appearance of someone being home. These new features dovetail with the already existing security apparatus of cameras and motion sensors.

The panel also discussed the importance of creating a comprehensive system where all devices within the smart home are able to communicate with each other. Enter Matter, a new interoperability standard that connects different and previously incompatible smart systems within the house. The idea is to create an ecosystem of products from different brands that function together seamlessly, thereby lessening the burden on consumers and allowing them to mix and match their favorite products. On the topic, Avi Rosenthal said “When you move from a smart home to an intelligent home, it’s no longer about just command and control, but it’s about the home anticipating your needs…That’s where the holy grail of true interoperability comes from.”

As we have previously reported, the landscape of retail is rapidly evolving. Industry staples such as e-commerce and brick-and-mortar are healthy and vivacious; yet, brands and retailers have the ability to augment performance in these sectors by reaching new consumer bases in more obscure mediums. At CES 2022, the “Experiential Retail” panel, hosted by NPD Group Chief Commercial Officer Tim Bush, featured Jim Heilmann, the general manager of the Las Vegas entertainment and events space AREA15, as well as Liz Bacelar, the global head of innovation at Estee Lauder. The discussion centered around how some companies are harnessing these outside-of-the-box mediums, such as VR, NFTs, and the metaverse, to expand their scope of retail.

AREA 15, a retail and entertainment center based out of Las Vegas, offers customers an immersive VR experience that features a variety of worlds such as bamboo-covered volcanoes, ziplines, and even a Van Gogh exhibition. This VR exploration is seamlessly integrated into the retail experience to excite consumers about the products they are interacting with. The metaverse, which is a mix of digital worlds and virtual reality, is a place where some companies see the digital and physical worlds converging. Stores in the metaverse are increasingly catching on with brands. For example, consumer electronics giant Samsung announced at CES 2022 that it would be opening a store on the Decentraland platform.

In other outside-the-box retail news, the Influencer Marketing Factory, a market research firm, just released data from a recent survey reporting that 82 percent of respondents have discovered producst on social media and purchased them directly from their phones. The survey conducted among 1,000 individuals between the ages of 16 and 54 honed in specifically on millennials and Gen Z. The survey also found that 39 percent of respondents reported that they like to discover new products on livestream shopping events, with a whopping 57 percent saying that they have purchased an item at one of these virtual events. Moreover, 42 percent of people prefer to check out a product directly on their social media platform of choice rather than being redirected to a third-party website. The takeaway from this data is that retailers shouldn’t be afraid to test out new mechanisms of retail and utilize social media as a direct platform for doing business.