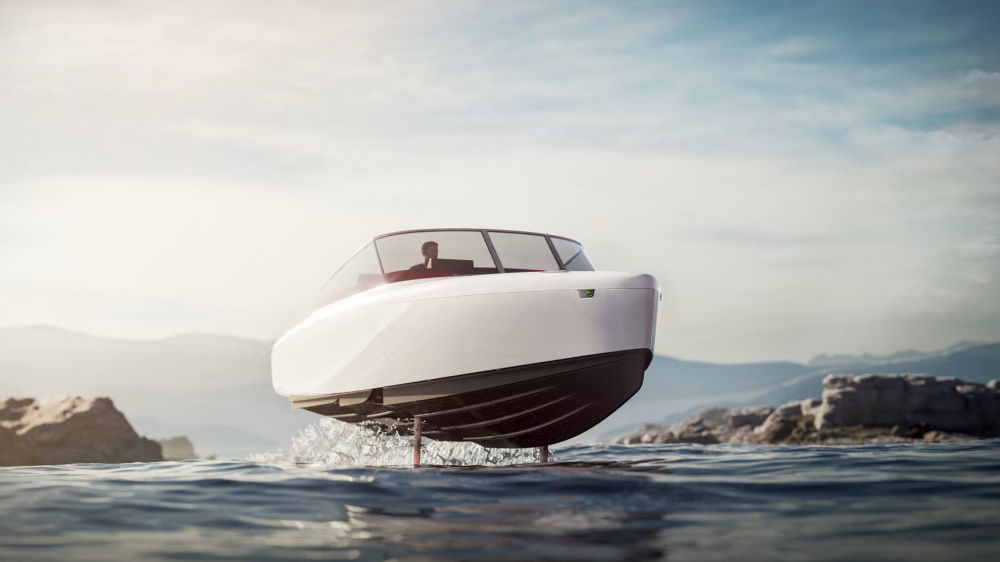 Candela, a Swedish tech company that manufacturers electric aqua vehicles, has announced that it will be opening its first U.S. test drive center in San Francisco for its electric hydrofoil Candela C-8 daycruiser. This futuristic transportation device doesn’t sit on the water like an average boat; instead, computer-aided hydrofoils lift the hull of the craft above the water, which allows it to skim the surface like a hovercraft. By sitting above rather than on top of the water, the aqua craft engages less with the surface, which greatly reduces the amount of friction on the boat. According to Candela, this dynamic allows the daycruiser to require 80 percent less energy when compared to a traditional powerboat.

The Candela C-8 day cruiser has a cruising speed of 22 knots, which it can sustain for up to two hours. The new test drive facility in San Francisco is set to open its doors on April 1. Candela already has test drive facilities spread across Europe in Sweden, The Netherlands, Switzerland, and Italy. The Candela C-8 daycruiser is the company’s first mass-produced electric leisure craft, which builds off of the first serial production model, the C-7 sportsboat. Currently, Candela is also developing the world’s first hydrofoiling shuttle ship, the Candela P-30. The Candela P-30 is set to go into production starting in 2023.

In other news, at Nvidia’s annual GPU Technology Conference, CEO Jensen Huang unveiled a slew of new products including the NVLink C2C, the H100 “Hopper” GPU, and the Jetson AGX Orin. All three of these new products reflect the immense advancements that Nvidia has made in the field of AI. The Jetson AGX Orin is essentially the brain for autonomous vehicles and other robotic machines. It operates by taking input from cameras and sensors and processing it to make decisions. These advancements in AI and robotics make automated delivery services a possibility for retailers.

The Biggest Mobile Device And Chipset Announcements at MWC 2022