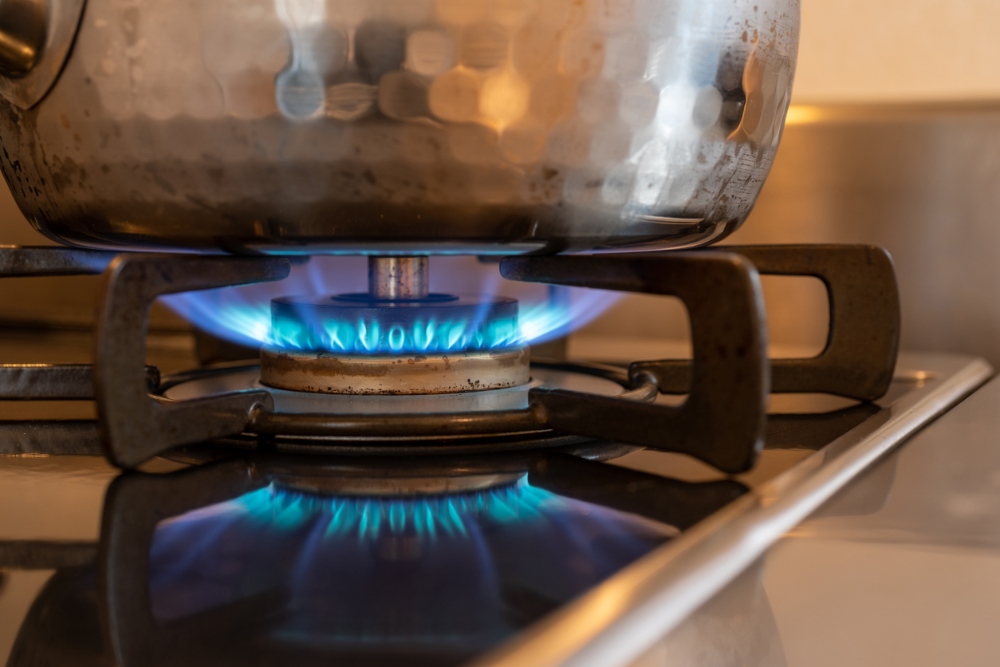 It’s not just cars that are going electric. Cooking is running out of gas, too. Natural gas.

Consumers are learning that gas stoves are a significant source of indoor pollution, for example, and so they are becoming more receptive to electric induction cooktops, which are safer, more efficient, more convenient and easier to use.

“The transition to induction cooking has been gaining momentum as consumers have become increasingly aware and knowledgeable about its benefits relative to both electric and gas alternatives,” said Serena Williams, senior vice president of sales and marketing at Meyer Corporation. Meyer, whose brands include popular cookware names such as Circulon, Farberware, KitchenAid and Rachael Ray, sees it as an inevitable trend.

Indeed, according to a recent survey of designers, dealers and manufacturers, induction stovetops now account for 44 percent of orders. That’s still behind gas ranges, which account for 47 percent, but analysts say induction models are gaining ground on gas. And according to the non-profit National Kitchen & Bath Association’s report, induction is already rapidly replacing traditional electric stovetops.

Concerns about climate change have spurred some municipalities to nudge the needle in favor of induction by banning gas. New York City has already banned the use of gas stoves and heaters in new construction starting in 2023, in part because gas stoves emit methane, a major contributor to global warming. And it’s a significant move, according to the non-profit environmental coalition New York Communities for Change, because New York City accounts for 5 percent of all gas consumed in buildings nationwide.

Other cities have also been part of the movement, including Berkeley and San Francisco in California. Meanwhile some states, such as Alabama, Oklahoma, and Tennessee, have passed so-called pre-emption laws that prohibit the institution of such bans. However, consumer preference is clearly moving away from gas, say appliance companies, no matter what the laws say.

Health is one reason. Varying amounts of gas leak from all home stoves, and as such represent a threat to consumers. A recent study of 69 homes in Boston by researchers from the Harvard T.H. Chan School of Public Health found that unburned indoor natural gas contained 21 toxins, including pollutants such as benzene that cause cancer and birth defects.

Induction technology is more efficient because 90 percent of the energy it uses is transferred to heating the food, versus just 74 percent for traditional electric stovetops and a meager 40 percent for gas. That means less heat escapes into the kitchen, which in turn reduces the need for expensive air conditioning.

The primary reason induction is more efficient is due to the way it heats up pots and pans. A traditional electric burner first has to heat up the surface of the stove, which then in turn heats a pan, which then heats the food in the pan. Induction is inherently more efficient. It uses a coil under the cooktop’s ceramic surface to create a magnetic field that doesn’t heat the cooking surface but instead directly heats the pot on top by inducing an electric current in the pot’s metal. So the stove top stays cool while the pot gets hot.

Even if an induction element is accidentally turned on, without a pot or pan on the burner to complete the electromagnetic circuit, it won’t get hot, Williams pointed out. And when a pan is removed, the cooktop remains cool (aside from the warmth that was created by the pan). So induction stovetops can’t cause a fire the way an open gas flame or traditional electrical element can, making induction safer and more family friendly because tiny hands won’t get scorched.

Keeping cool also means less mess. If a pot boils over or spills, food will not get burnt into the surface like it can on traditional electric and gas stovetops. So it makes cleanups easy and more convenient.

Lastly, induction elements heat up food much more quickly than the competition. Boiling water, for example, takes about half the time it takes a standard electric stovetop to accomplish the same task.

While luxury brands like Fisher & Paykel have been offering top-of-the-line induction cooktops for years, induction is now available in all the mainstream consumer brands — and prices have come down accordingly. Still, shoppers will notice there can be price premium for ranges with induction cooktops. A Frigidaire Gallery stainless steel range, for example, retails for $1,298 compared to a similarly sized Frigidaire electric range in stainless steel that can be had for $898. However, some of the price difference is due to other, more sophisticated features in the induction model (such as built-in air fryer).

If a consumer is switching from a standard electric range to an induction model, aside from the cost of the appliance, there aren’t any associated installation expenses: both types typically use a 240-volt electrical outlet. However, if a buyer is switching from gas to induction, a call to an electrician will likely be in order.

However, Hamilton Beach’s Pennington points out that many consumers are being introduced to induction cooking not via new range purchases but via inexpensive portable burners. The single element Hamilton Beach Induction Portable Cooktop, for example, retails for just $75 and plugs into a regular 110-volt outlet.

“Portable induction and fifth burner cooktops were up 44 percent in 2021 vs. 2020,” said Pennington. Pre-pandemic customs like hosting large family gatherings are back, Pennington notes, and “consumers are using induction cooktops as an extension of their kitchen.”

Cookware is Hot, Too

Aside from some consumer culinary adjustments, induction cooktops also require particular types of cookware. Thankfully, most manufacturers have already made the move and offer complete lines of “induction compatible” pot and pans.

In order to use the magnetic field it generates to create an electrical current and heat a pot, induction burners require cookware that has contains some iron content. So iron skillets, enamel iron dutch ovens and stainless steel pieces all work well. Copper and aluminum pots do not. (Rule of thumb: if a magnet sticks to the bottom of a pot, it will work on an induction burner.)

Many manufacturers have anticipated the induction trend and have found ways to add stainless steel layers to their kitchenware — including non-stick models — so that most product lines now are induction ready. We tested out Anolon’s Accolade cookware as an example of the trend of ready for anything — gas, electric or induction — cookware.

An Anolon Accolade Cookware 10-piece set is $350. It features an extra thick base for even heating and a magnetized stainless-steel layer making it ideal for induction cooktops. The Accolade set also has a hard-anodized, non-stick (PFOA-free) coating that is typically more durable than, say, that found on ceramic cookware. The Accolade line is dishwasher safe and can be used with metal utensils — although we recommend consumers avoid both.

One thing they don’t have to avoid, however, are gas burners. We tested the Accolade set, which includes two covered saucepans (1.75 and 2.5 quart), a covered stockpot (7.5 quart), and a covered saute pan (10-in.), on a gas stovetop without a problem. Even with an uneven direct flames, the cookware didn’t produce unwanted hot spots. Conversely, we found the Accolade pieces were relatively quick to heat up on a traditional electric burner.

As one might expect, the Anolon cookware worked extremely well with induction cooktops. We could easily and quickly control the heat, and the pots and pans were very responsive, particularly with regard to reducing the temperature. So when things got overheated, it meant we could correct our cooking misjudgments quickly. Compare that to iron skillets, which retain the heat long after the burner is lowered or turned off.

The Anolon Accolade set is definitely attractive enough to entice consumers making the switch to induction to also upgrade their cookware. And while the transition to induction cooktops will take time, Serena Williams says Meyer is already seeing an effect on sales. Induction cookware grew by 3.1 percent in 2021, for example, and is projected to grow another 4.2 percent over the next two years. In other words, induction is making cookware hot.

Chill Out with This Refrigerator Tech

A Smart Dishwasher Fit for a Tiny Home