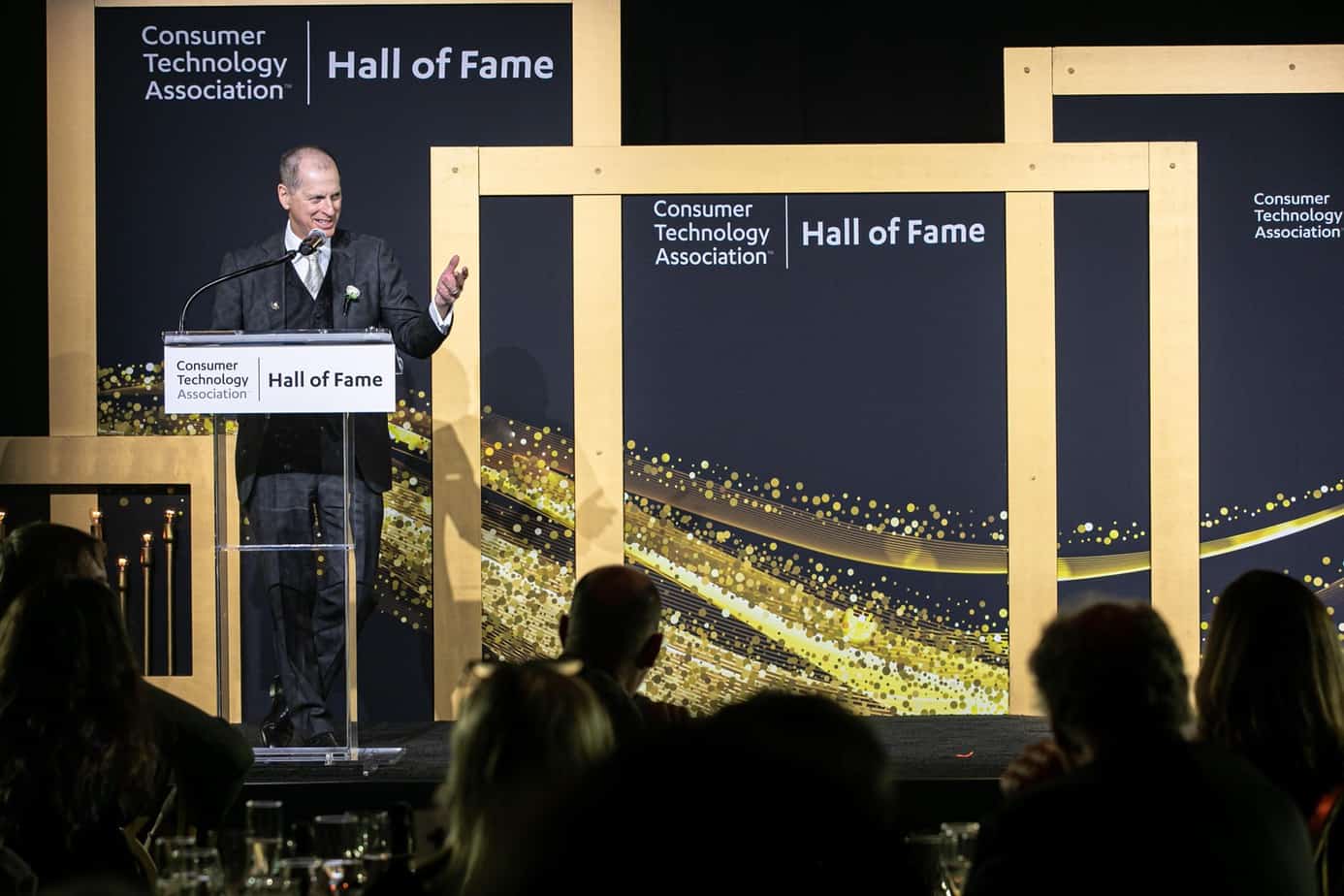 The Consumer Technology Association (CTA) announced the new class of honorees into its 2020 Consumer Technology (CT) Hall of Fame, created in 2000. The program celebrates technology leaders who advance innovation and develop, create, market and promote the technologies, products and services that improve consumers’ lives.

Vinton Gray “Vint” Cerf, along with Robert Elliot “Bob” Kahn – dubbed as the “Fathers of the Internet” – led the development of TCP/IP (Transmission Control Protocol/Internet Protocol), the fundamental communications protocols that enable data to be transmitted over the Internet.

Peter Fannon – played a key role in the development of HDTV as president of the Advanced Television Test Center, then spent 20 years promoting the consumer technology industry as VP of corporate and government affairs for Panasonic.

Kazuo “Kaz” Hirai ­– led the effort that made Sony PlayStation the dominant video game console platform, then, as president, CEO and chairperson of Sony, led the resurgence of the company in the 2010s by bringing together its electronics and entertainment divisions.

Robin Raskin – an industry journalist, was a columnist for USA Today online, editor of PC Magazine, started FamilyPC Magazine, was one of the founding contributors of Yahoo! Tech and has written six books. She also is the founder of Living in Digital Times, that produced tech conference tracks at CES.

In addition to these honorees, for the second year, the program will also recognize CTA’s Innovation Entrepreneur Award winners – a top executive leading a company with revenues under $30 million, an exceptional small business and a startup that demonstrates innovation in the consumer technology industry. The honorees are:

Executive of the Year: Vicki Mayo – Mayo founded TouchPoints in 2016, using its patent-pending BLAST (bi-lateral alternating stimulation-tactile technology), which alters the body’s “fight or flight” response caused by stress. When she was 20 and in college, she adopted two boys and today mentors’ young women at the Boys and Girls Club.

Company of the Year: Re 3D Inc. – After traveling with Engineers Without Borders-Johnson Space Center and while still working for NASA in 2013, Samantha Snabes founded Re:3D Inc. The company manufactures Gigabot, an affordable industrial 3D printer that can directly print from plastic waste, allowing anyone worldwide to access their own personal 3D factory.

Startup of the Year: Nuro – Nuro was founded by Dave Ferguson and Jiajun Zhu in 2016, using their expertise in self-driving vehicle technology. Focused on delivery rather than carrying passengers, Nuro is building a new class of safe self-driving vehicles, built for goods delivery across multiple verticals and has partnered with CVS, Domino’s, Kroger and Walmart.

The honorees for the CT Hall of Fame and the Innovation Entrepreneur Awards were selected by two separate panels of media and industry professionals, who judged nominations submitted by manufacturers, retailers and industry journalists. The annual awards dinner, originally slated for Nov. 12 in New York City, is postponed until 2021 due to restrictions with COVID-19.

“We are thrilled to honor these industry luminaries,” said Gary Shapiro, president and CEO, CTA. “We honor the entrepreneurial spirit of these leaders who inspire us by taking a great idea and transforming it into a unique product or service to enhance consumers’ lives, and those who promote these new technologies in the marketplace.”

Qualcomm at IFA: Technology Leads Us Through Difficult Times

Qualcomm at IFA: Technology Leads Us Through Difficult Times