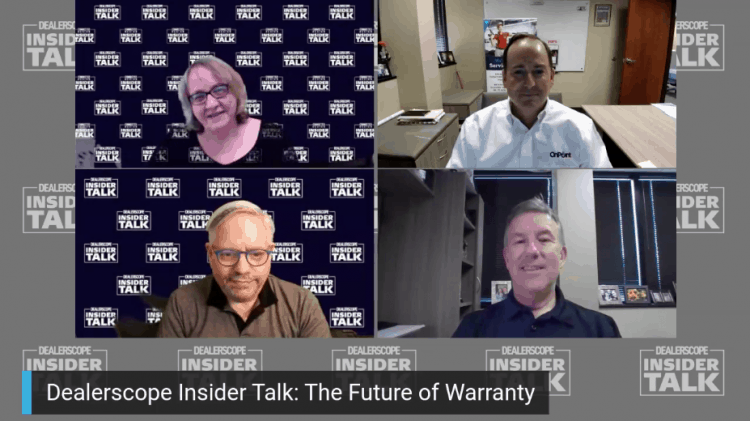 Christian provided a brief history of how the company got started really just a few years ago. In 2014, manufacturers began reaching out to Christian with consulting opportunities that he found a great interest in. The calls were coming in so frequently that Christian felt called to turn these consulting and advisory jobs into a full-time gig, and thus began the early days of OnPoint Warranty Solutions.

The company took on a consulting and advisory approach for about two years, then Christian wanted to expand the scope of their services, and decided to reach out to Smith, a long-time friend and associate. By late 2018, “chapter two” of OnPoint began with full-service, third party warranty administration services and a new home for the company in Louisville, KY.

Christian and Smith made it a priority from early on to uncover the biggest pain points affecting retailers and manufacturers and establish an action plan that would help them achieve what they needed most. One thing they noticed was that many companies were not investing in their warranty services, and instead were prioritizing other pieces of their company. They started with many small and medium sized companies that needed help with their manufacturer’s warranty programs and even took over some of them completely. As needs change, OnPoint has offers a “suite of solutions” and they are continually adapting.

“The future of warranty is not warranty, it’s how do we make customers more loyal to their distributor to their retailer, distributor and the brand,” says Smith.

Sometimes, he explained, that means helping customers with products they don’t even cover but sending out support anyway. Smith has found that if a customer has a positive experience with a company or a certain brand, they build a trust that makes them more likely to come back. It’s also about preventing problems before they even happen which was the inspiration behind OnPoint’s Home Health Check service.

Thanks to many new initiatives, OnPoint sales have been growing since they’ve opened the doors, just as employee counts and interactions with customers have gone up across a variety of channels. Smith explained that OnPoint is always upfront about what is included in their services and ready to answer questions however they come in, so there is never any doubt about what they cover.

Hear more about OnPoint’s approach and the future of warranty on our Facebook page!

Why Retailers Need to Personalize the Customer Experience

An Interview with Robert Zohn from Value Electronics

Why Winning on TikTok Means Business