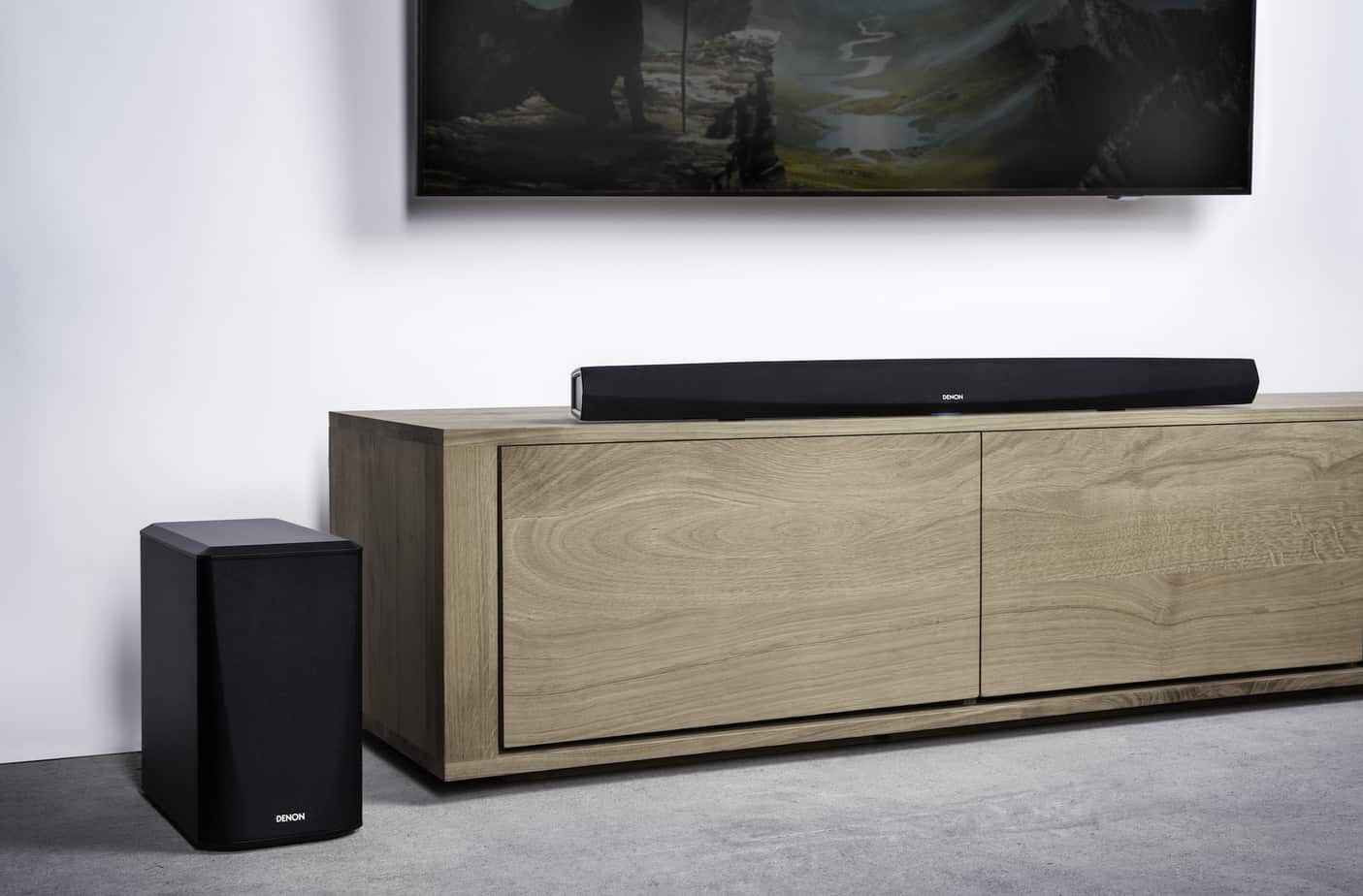 Several Denon sound bars with HEOS Built-in are being made Roku TV Ready, via a firmware update. They include the Denon HEOS Bar, Home Cinema HS2, DHT-S716H and DHT-S516H (shown); the company has plans for further expansion of the technology to future sound bar models out of the box, it has announced. To receive the new firmware, U.S. owners will need to have their sound bars connected to the internet.

The Roku TV Ready program enables Roku partners to develop products that work on the Roku platform, making setup and product use simpler, according to Denon. Denon sound bars underwent testing and were certified by Roku to work with their line of Roku TV models. When Denon sound bars with HEOS Built-in are plugged into a Roku TV, the television will instantly recognize and configure itself for that audio device. The user can also use one remote for both the TV and sound bar.

HEOS is a wireless multi-room sound network that is in Denon music players for the home. There is a free app to control devices with HEOS Built-in from iOS, Android or Kindle phones or tablets. Users can listen to streaming music services, internet radio or owned music collections and setup is simple, Denon says. HEOS gives users access to all their music, and, other users may be added to the lineup who can vary the playlist or personalize the room to personal tastes, room by room.