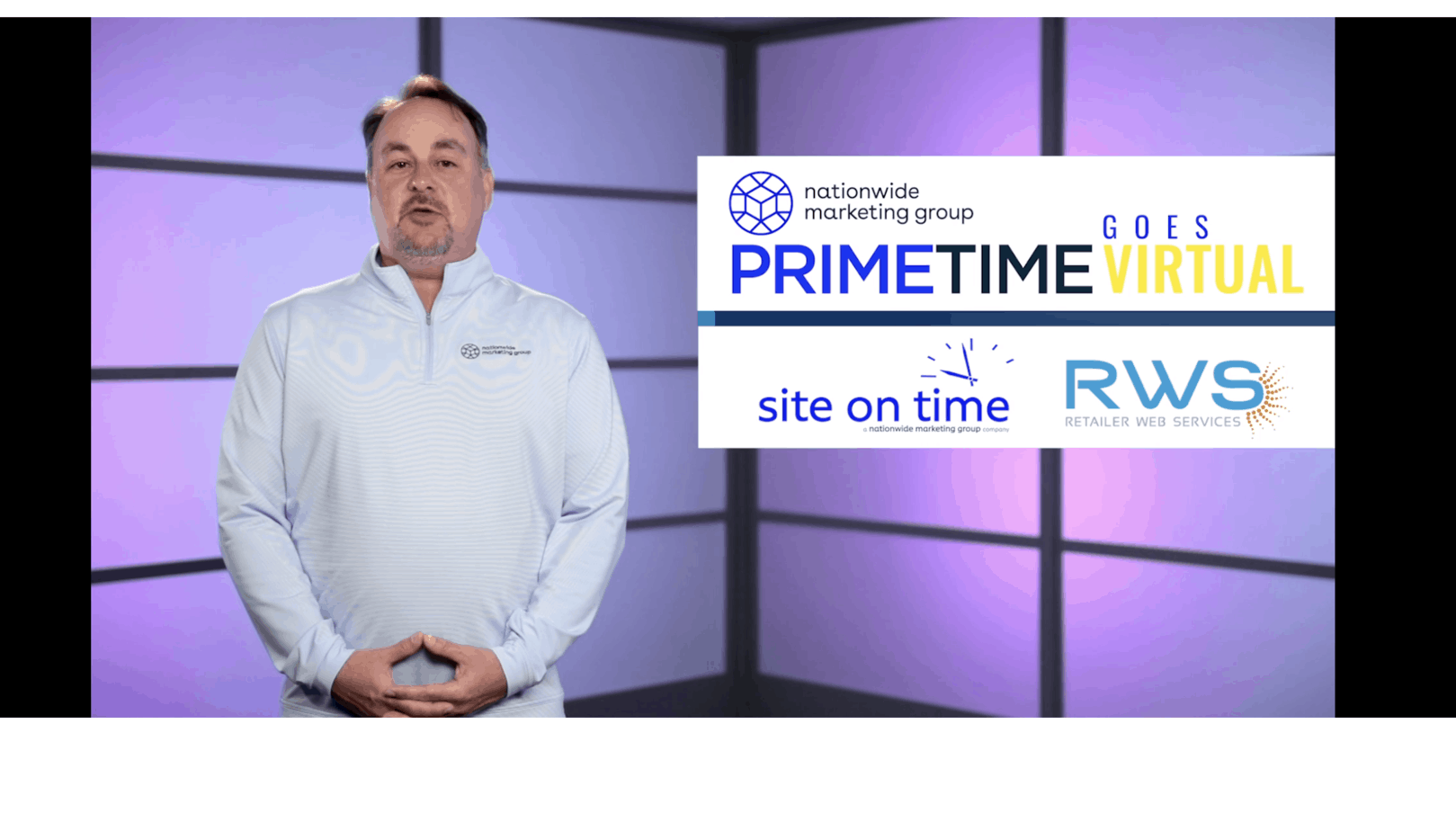 With the pandemic causing seismic shifts in consumer purchase patterns, retailers who have divided their merchandising strategies and presences between in-person showrooms and online sales portals are having to zero in on honing the latter in this new normal. To that end, the folks at Nationwide Marketing Group, who launched their first PrimeTime Virtual conference on Oct. 27 with a rousing State of the Union message from President and Chief Member Advocate Tom Hickman, followed that with a presentation summing up, with stats, the successes in digital proficiency that members who have embraced online consumer interaction have experienced, with Nationwide’s support, through this COVID-tainted year.

When it comes to consumers heading to online for their buys, “There’s been no change in consumer behavior trajectory, but instead we simply saw a greater acceleration,” noted Dean Sottile, senior VP of Digital & Technology (shown above).  Members using the Nationwide-offered tools of ecommerce website solutions providers Site on Time and RWS (Retailer Web Services) have seen what he characterized as “astounding” increases in ecommerce activity, online chat usage and by-appointment shopping.

He said that in March, Nationwide partner Google even recommended RWS for any business launching an ecommerce solution – validating Nationwide’s choice of them. He added that Nationwide dealers are experiencing “significant website [business] increases that in many cases outpace the industry.”

Genna Majuta, chief customer officer/RWS, reported consumer traffic for retailers using RWS was up in the past six months over 200 percent year over year, and that consumers are remaining on the sites 30 percent longer. These upticks, she continued, were also accompanied by an over-400-percent increase in online orders placed in the April-to-September time frame.

Jennifer Danko, VP of technology/Site on Time, noted that some group members were reporting year-over-year online retail sales that were as much as 500 percent higher, and that even though some shopping would shift back to retail stores post-COVID, online shopping’s surge as a preferred purchasing method for “high consideration purchases” would likely continue through 2021. “It has really changed the landscape of retail for our members,” she added. Danko also noted that customers were now more engaged than ever with local businesses.

Sottile prompted Danko and Majuta to share their advice to retailers about how to prolong the halo effect the pandemic has had on nurturing online buying habits. “It’s crucial that your website reflects your in-store experiences,” offered Danko. “You need to meet customers where they are,” she added. Majuta said member dealers should “approach your sites with the same care and attention you give to your stores.” She added that sites should have simple-to-access information for consumers about inventory availability, and easy ways for consumers to receive assistance via the website, just as they would in-store.

The presentation included remarks from Matt Simpson from the Monroe, Mich.-based retail member Durocher’s, who told viewers that his store’s digital presence had increased and that communicating by that method enabled him to serve up ads more easily while at the same time educating customers.  “Serving digital ads is money in the bank for us,” he added.  Sottile crystallized the group’s message in this way: “It’s in no way too late to make your move, to course-correct, and start capturing the traffic and market share you deserve.”