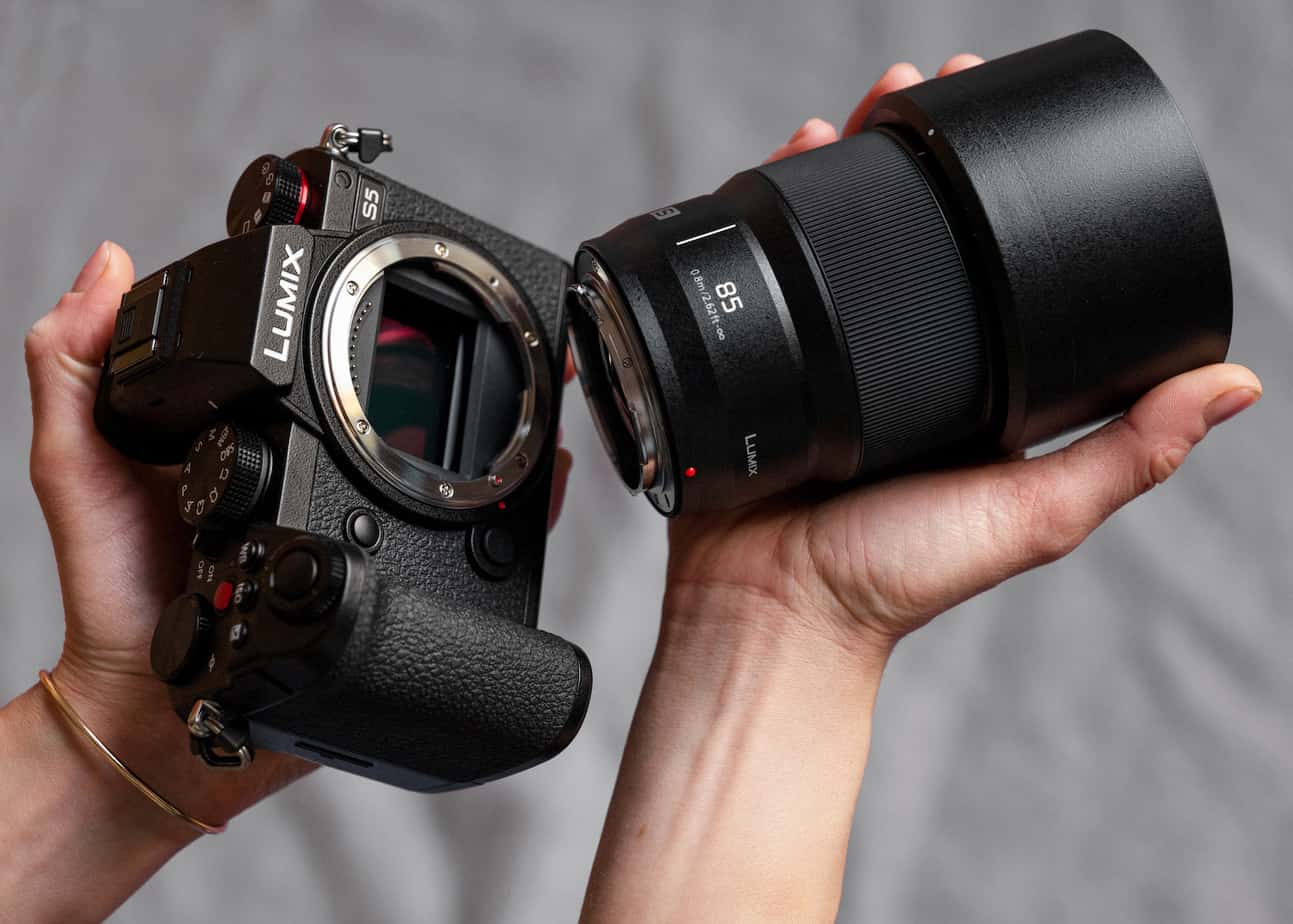 These four F1.8 lenses will feature common size and position of control parts to provide practical advantage in use – for example, when the camera is on a gimbal, it is easy to exchange lenses quickly with minimum adjustment of connected gears, the company says. Filters can also be used in common thanks to the same diameter. Boasting high mobility realized by its compact size and light weight, the LUMIX S 85mm F1.8 is also suitable for stills.

Comprising nine elements in eight groups, the use of two ED (Extra-low Dispersion) lenses effectively suppresses both axial chromatic aberration and chromatic aberration of magnification. The LUMIX S 85mm F1.8 is also said to provide smooth defocus gradation from the focus peak to the neighboring area of the image as well as smooth, round bokeh of point light source without vignetting, it says. It also performs video recording with a mechanism that suppresses focus breathing, which had been a critical problem of all interchangeable lenses designed for still image photography.

Compact and lightweight at approximately 355g, the LUMIX S 85mm F1.8 features a dust/splash-resistant design to withstand use under harsh conditions even at 10 degrees below zero. The filter diameter is 67mm, with a nine-blade circular aperture diaphragm. In addition to the four F1.8 large-aperture lenses, a 70-300mm telephoto zoom lens is also under development to further enhance LUMIX S Series lens lineup. The Panasonic and L-Mount system alliance, Panasonic says, are committed to the development of L-Mount lenses for the further expansion of the company’s lineup.