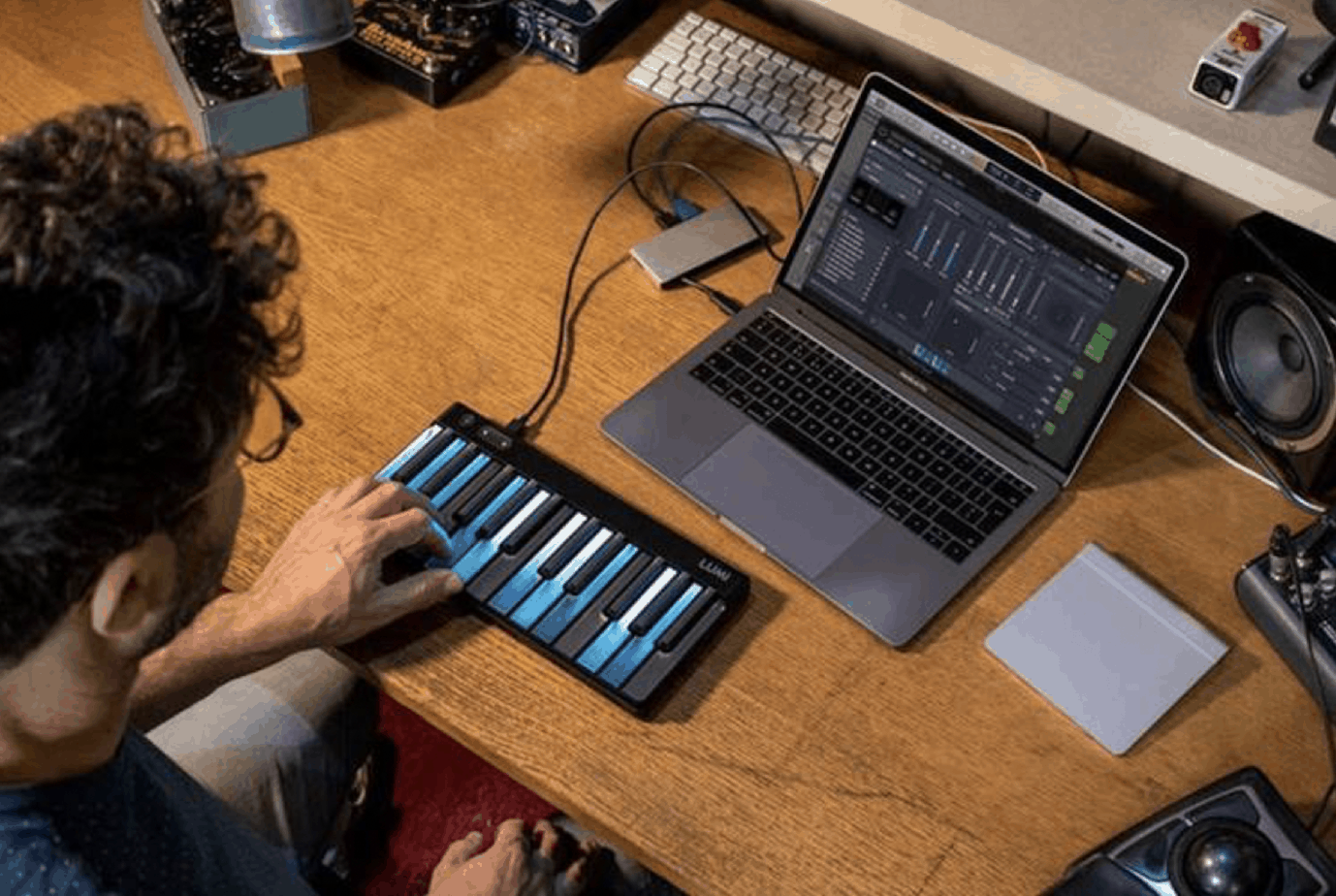 ROLI has released the compact-sized LUMI Keys Studio Edition, an MPE (Music Production and Engineering)-enabled controller for music producers and performers that it says is the first controller with classic keyboard action to offer polyphonic aftertouch and per-key pitch-bend as features, as well as new ways to compose with light on illuminated keys.

The device is said to enable first time music-makers to bend pitch through vibrato-like movements on a keyboard controller with traditional key action, adding expression in a natural and intuitive way. This innovation comes as many other music-making tools — like Ableton Live 11 and ROLI’s new flagship MPE sound engine Equator2 — optimize for MIDI Polyphonic Expression and make MPE into a fully integrated, mainstream part of digital music production and performance.

“Beyond its form factor, LUMI Keys is anything but traditional. Its unique combination of illumination — which enables a range of compositional shortcuts — and its MPE capabilities make it the most innovative and feature-rich keyboard action on any controller available today,” said Roland Lamb, founder and CEO of ROLI, in the product announcement. “LUMI Keys provides an opportunity for everyone to get started with MPE and see how it can enhance their production workflow and create new possibilities for performance.”

LUMI Keys also introduces light-assisted composition to the music creation process. Users can light up scales, chords, and arpeggios in any key, through Smart Chords and features in ROLI Studio.

Expandability of the keyboard is also a feature. Through magnetic DNA connectors, two, three, or four keyboards may be connected to create a 48-, 72-, or 96-key playing surface. Edge-to-edge design, plus integration across hardware, software, and firmware, make multiple LUMIs play as one.

The first LUMI Keys Studio Editions will ship in January 2021.