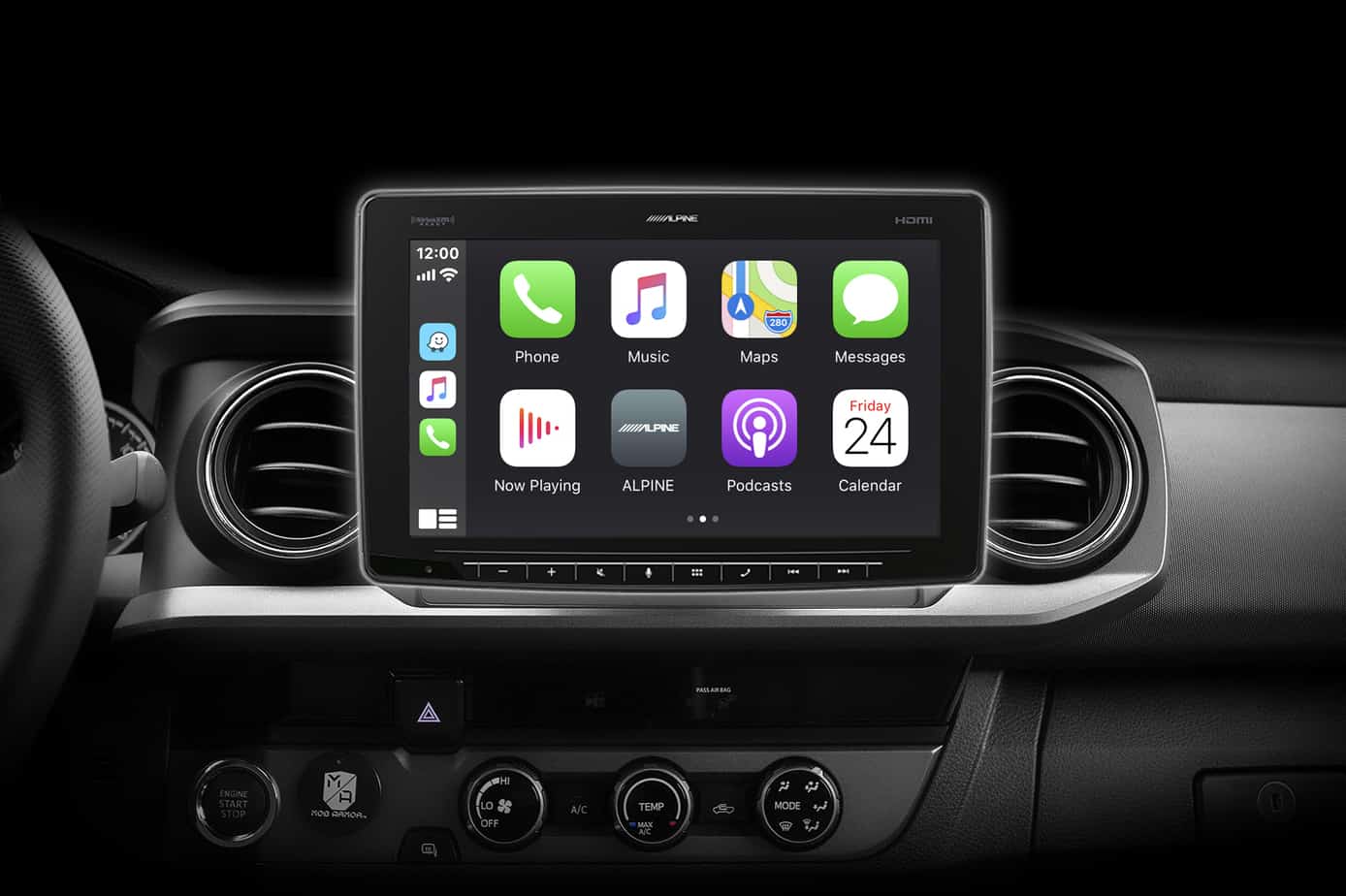 Alpine Electronics of America has begun shipping an aftermarket multimedia receiver with what it says is the largest aftermarket display on the market:  the iLX-F411 Alpine Halo11, with an 11-inch floating touchscreen display.

The Alpine Halo11, says the company, is the culmination of the Alpine Halo platform, a design protocol first available in products in 2018 and known for its oversized screens, “floating” display and versatility of installation. The tapered edges outlined in silver trim, along with smartphone integration technology, modernizes the technology in any dash that can house a single-DIN receiver, says Alpine.

The display on the 11-inch iLX-F411 Alpine Halo11 multimedia receiver has 49% more surface area than the 9-inch display, with larger icons and a user experience that replicates a smartphone. While the iLX-F411 is larger, the display still maintains the same versatility as the other Alpine Halo displays with a mount that allows the display to be positioned in such a way that it won’t block HVAC controls.

The iLX-F411 features including three customizable home screens, media expandability with HDMI connectivity, and iDatalink Maestro Module compatibility. Features like Apple CarPlay, Android Auto, and built-in Bluetooth hands-free calling and audio streaming allow access to music, texts, phone calls, and maps on a smartphone via USB or smartphone connection and controlled through touch or voice commands with the included external microphone. SiriusXM Radio is available with an optional tuner and paid subscription, for even more music and entertainment.

Upgrading dash technology can often result in a loss of factory controls, like steering wheel controls and access to engine codes. The iLX-F411 is compatible with the iDatalink Maestro Module (sold separately), so vehicle information is retained and displayed on the 11-inch screen. A reverse RCA camera input is included to add a rear-view camera (sold separately) that overlays guidelines onto the camera image when in reverse. More cameras can be added with the KCX-C2600B Universal Front and Rear Camera Selector (sold separately).

While the iLX-F411 is mech-less (no CD/DVD player), an HDMI input and output is included to connect a CD, DVD player, or even a smartphone for an all-digital audio and video connection through a single cable. Also new to the Alpine Halo platform is the KTX-HF11 anti-reflective screen protector, designed to shield the iLX-F411 from oils and dirt from fingerprints. The KTX-HF11 is designed to follow the curves of the screen for a direct fit that keeps the screen looking new.