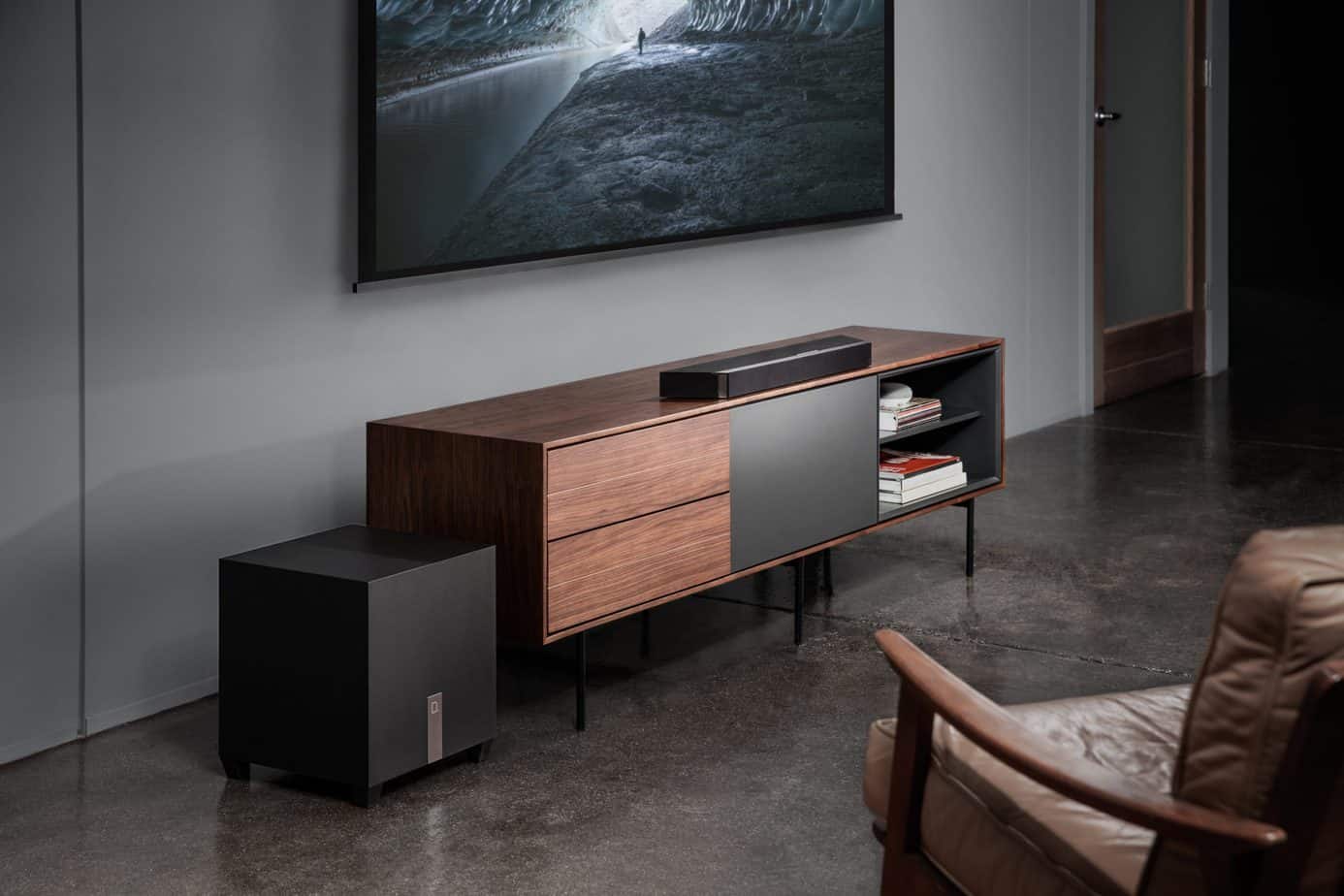 Definitive Technology has announced the Studio 3D Mini Sound Bar System, designed to provide a high-performance experience from an ultra-compact platform offering placement flexibility due to its smaller footprint. It is said by the company to feature premium-grade components and Dolby Atmos and DTS:X signal processing for a sound stage that rivals sound bars twice its size. It stands two inches high and 26 inches wide and has a brushed aluminum finish.

“We added object-oriented audio processing from Dolby and DTS and designed a clever driver layout so the Studio 3D Mini could deliver surprisingly convincing surround sound from a sound bar that disappears beneath the television,” said Michael McCole, senior product marketing manager at the brand’s parent company, Sound United, in the announcement statement.

The Studio 3D Mini employs a 4.1-channel, six-driver array with aluminum tweeters, and the system carries a compact 8-inch wireless subwoofer. It also features the ability to process Dolby Atmos or DTS:X encoded movies via a single HDMI (eARC) connection. The sound bar also has a variety of other in/out connections to help with backwards compatibility and commercial installer builds, including a 4K HDMI in, 4K HDMI with eARC out, optical in, AUX in, and a USB port for high-resolution music playback.

Also notable is the fact that the Studio 3D Mini is the first Definitive Technology product to feature HEOS Built-in, which enables listeners to stream millions of songs from their favorite music sources, including thousands of high-resolution audio tracks as well as their personal library of digital music – all from a single application. It also enables the sound bar to be easily connected to any other product with HEOS Built-in, which includes more than 70 A/V products from Denon and Marantz. Listeners can sync music playback throughout their home  or play various content in different zones from a speaker, to a sound bar, a full-on home theater or high-fidelity audio system.

Leveraging AirPlay 2, Apple iOS users can stream content from their devices to the sound bar. In addition to this, the sound bar is compatible with select features of Amazon Alexa, Apple Siri and Google Assist so users can set the volume, skip a track and start or stop music using verbal commands. To further enhance the watching experience, the Studio 3D Mini supports 4K, Dolby Vision and HDR10 video formats.

The Definitive Technology 3D Mini sound bar system includes a five-year warranty and will be available in January for $899.