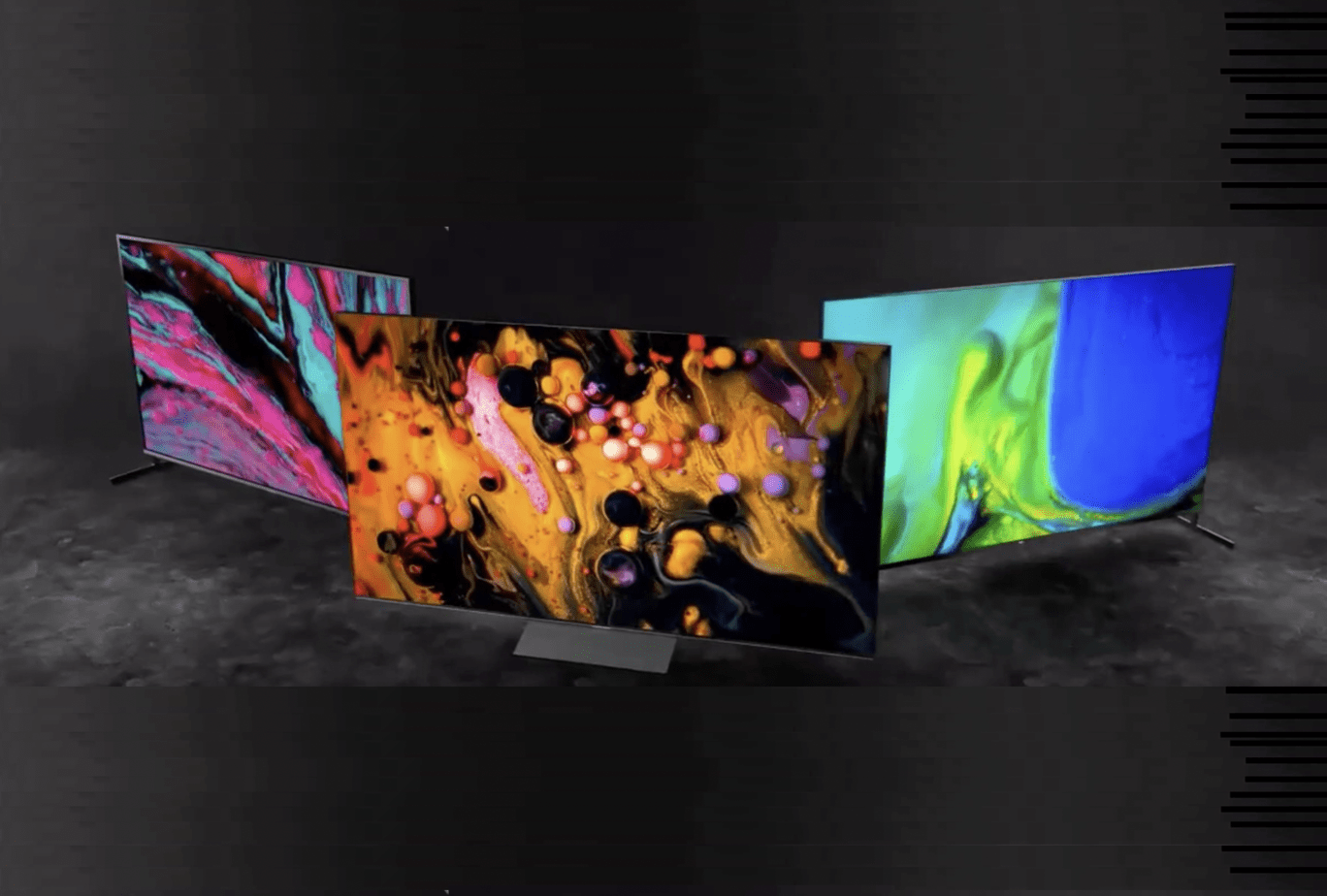 TCL is training its focus on the ultra-large TV screen – not a coincidence, since that is where the focus of COVID-19-homebound consumers is also fixed as we move into 2021.

TCL had also held an earlier global press event where it espoused its overarching AIXIoT “connection, display, interaction” strategy to “encourage adoption of intelligent lifestyles” with the TV as the hub at the center, said Tiago Abreu, head of TCL’s X-Lab Industrial Design Center.

The pointed press presentation on product plans for the North American market the next day, however, zoned in on certain categories including air purification, audio, and other products that “focus on giving joy and simplicity in people’s lives through the thoughtful execution of technology,” said Chris Larson, TCL North America’s senior VP.

But much of the news related to the TV category. Aaron Dew, director of product development for TCL North America, noted overall industrywide growth in the U.S. in big-screen TVs of 15 percent over 2019. However, sales of TVs 70-plus inches in size, he said, were up 80 percent year over year in 2020 – and grew more than 150 percent in Q4 2020 over the previous identical period in 2019. With those stats to back him up, Dew added, “We believe 2021 will be an even bigger year for big screens.”

To satisfy that growing consumer demand, TCL is offering a total of three 85-inch TVs at varying price points with diverse feature sets: the XL Collection (featured story image, shown). The 85-inch 4K 4-Series Roku TV will come out first within Q1 ($1,599); stepping up from that model is the 4-Series QLED HDR Roku TV, and topping out the offerings will be the 8K 85-inch QLED HDR Roku TV with mini-LED control zone technology.

Also evolving for 2021, he said, is TCL’s 6-Series, all new models of which will feature 8K resolution and the company’s AiPQ upscaler to handle non-8K content; the current 4K 6-Series model range will still be available, he stated.

TCL also had some news about its TVs relating to the aforementioned mini-LED backlight technology, introduced in its 8-Series in 2019. In 2020, Gen-2 mini-LED technology migrated into the 6-Series 55-, 65- and 75-inch sets.

And for 2021, the newest Gen-3 mini-LED backlight technology will be a prime feature in ultra-slim TVs launching later in the year. What makes those TVs “ultra-slim” is an engineering achievement that TCL has dubbed OD Zero (with the OD standing for Optical Depth), and in those ultra-slim TVs, the distance between the backlight and the LCD display layer is said by the company to be 0mm.