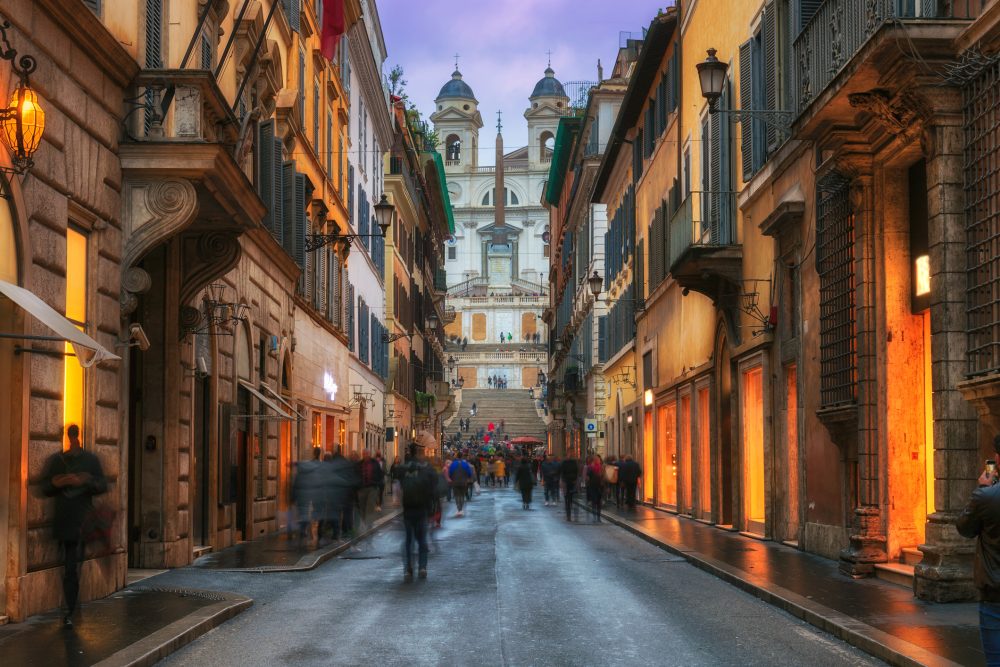 A year ago, we told you about the arrival of the survey that showed just how different consumer retail behavior was between North America and Europe. A report late in 2019 by the retail management solutions firm iVend Retail by CitiXsys found that a gap had formed between North American and European shoppers when it came to whether they preferred shopping online or in person.

The 2019 survey revealed that 71 percent of North American consumers found online shopping more convenient than shopping in brick-and-mortar stores, while only 50 percent of those in Europe felt the same way.

But, like everything else in the last year, those trends have been changed by the pandemic.

What a Difference a Year Makes

A study from McKinsey, released in August, found a massive flight to online purchases among U.S. customers after the start of the coronavirus pandemic.

“A few months into COVID-19, consumer shopping online has increased significantly across many categories,” that report, which covered the U.S. market, said. “Consumer intent to shop online continues to increase, especially in essentials and home entertainment categories. More interestingly, these habits seem like they’re going to stick, as U.S. consumers report an intent to shop online even after the COVID-19 crisis.”

For consumer electronics, American consumers were only 10 percent more likely to buy online, although 66 percent of those surveyed were buying online prior to the pandemic.

As for Europe, a report by InternetRetailing.net, released shortly after the start of the pandemic last spring, found that coronavirus “will speed up the shift from physical retail to e-commerce, which is now happening at a faster pace than previous forecasts.”

Behaviors that Promise to Persist, Post-Pandemic

That report found that the share of consumers doing more than half of their business online “has increased dramatically on all three of Europe’s biggest e-commerce markets. Six out of 10 consumers say that they will continue to buy as much online as they do today after the pandemic has passed.”

That report cited data from Kantar and Detail Online, of Europe’s three largest markets for e-commerce, France, Germany and the U.K., which found that “the share of consumers that do more than half of their total purchases online has increased with between 25 and 80 percent since the outbreak of COVID-19.”

Detail Online Founder Joakim Gavelin said in that report: “During lockdown, focus is on the main essentials, but this report indicates that all the major e-commerce categories will bounce back to even higher levels when the epidemic has passed. And when they do it’s essential that brand owners have the bare essentials in place to meet the demand. ‘Are my products visible when consumers search for them at online retailers?’ is a question all brands should ask themselves right now.”

Another report, from mid-2020, by Ecommerce News, predicted that e-commerce on the continent would be worth 717 billion euros by the end of 2020 – a 12.7 percent increase over the year before. That report also said that while Western Europe is the most developed e-commerce market in Europe, Romania and Bulgaria have shown strength of late.

The Lithuanian tech company Searchnode, meanwhile, released a survey in January of nearly 100 eCommerce decision-makers from Europe and North America, which found that over 90 percent of e-commerce businesses saw an increase of revenues over the course of the spring lockdown period.

What Can We Expect for Retail in the New Year?

In the U.S., according to a forecast issued last fall by eMarketer and Insider Intelligence, retail sales will rise 2.3 percent in 2021 to a total of $5.630 trillion.

Following a pandemic-driven increase of 32.4 percent growth in e-commerce sales in 2020, that sales category is seen growing by just 6.1 percent, while brick-and-mortar sales are forecast to rise 1.6 percent, after falling 3.2 percent in 2020. That report added that important trends in brick-and-mortar retail will include “click and collect,  cashierless checkout, contactless payment, and digital signage.”

As for Europe, an early-December report from Moody’s Investor Service predicted a “stable” European retail sector for 2021. The report also said that in Europe, “digitalization trends will accelerate changes across the retail sector. The rising share of online sales is cannibalizing in-store sales, eroding margins for bricks-and-mortar-focused retailers.

“Our outlook for the retail sector across Europe for next year aligns with our expectations for continued sector sales volume and profit recovery, although they will still stay below 2019 levels,” Francesco Bozzano, vice president – senior analyst, at Moody’s Investors Service, said in that report’s release. “That said, recovery will be much slower for retailers exposed to sectors like tourism and travel.”