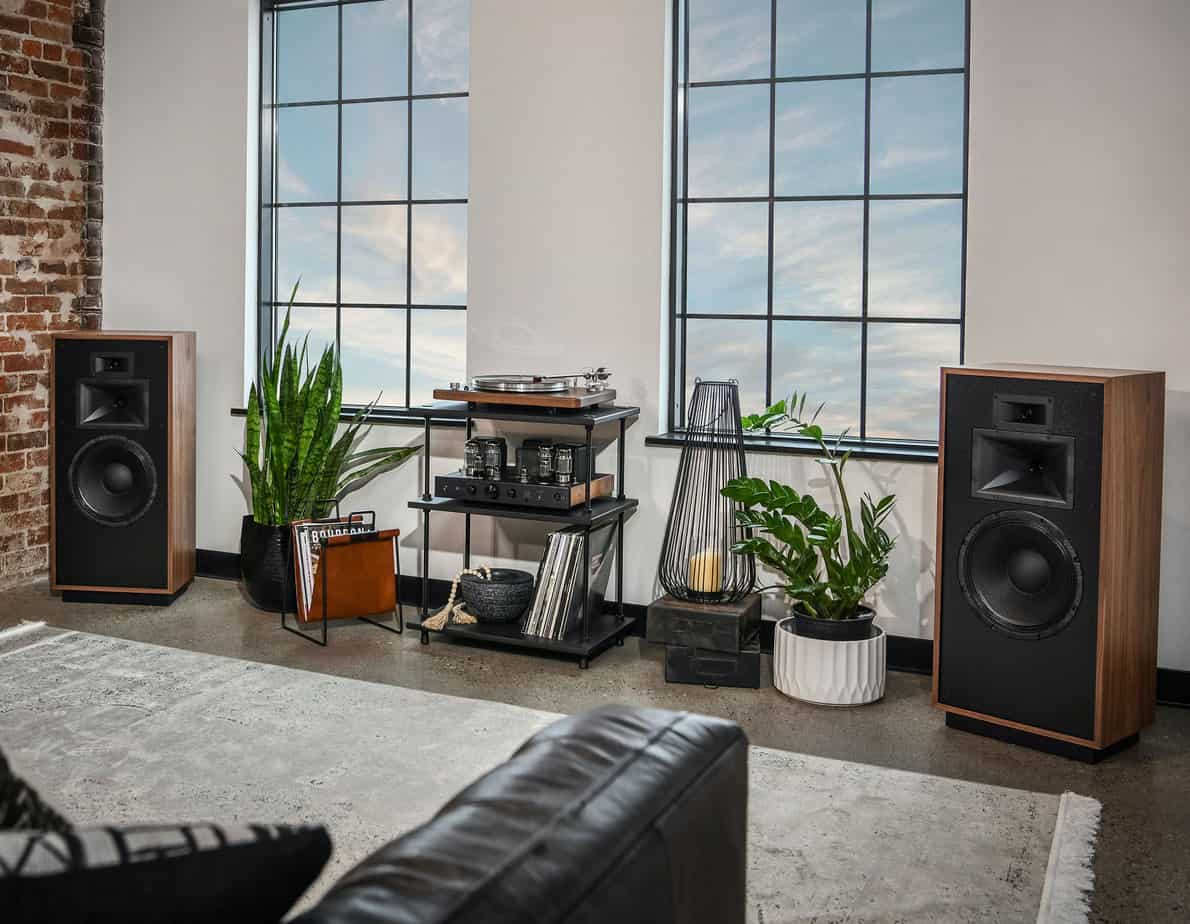 Audio brand Klipsch has augmented its Klipsch Heritage series with the addition of the new Forte IV loudspeaker  ($4,500/pair) – a model it says is one of the best-selling speakers in its 75-year history, and whose cabinet is handcrafted in America.

The original Forte is an American classic that made its debut in 1985, but was out of production from 1996, until its third iteration was introduced in 2017. The new Klipsch Forte IV speakers feature updated cosmetics and new advancements in acoustic engineering, while maintaining the design and performance that made the earlier versions so popular, the company says.

The speaker is a three-way design utilizing a 12-inch woofer and horn-loaded midrange and tweeter, with all-new, state-of-the-art titanium compression drivers. The all-new K-702 midrange compression driver is mated to a modified proprietary Klipsch Tractrix horn with patented Klipsch Mumps technology for even mid-frequencies and consistent sound throughout the listening area, the company says. There is also a newly designed wide-dispersion high-frequency phase plug to ensure the last octave matches the coverage pattern of the midrange and high-frequency horns.

Further, the speakers’ ear-mounted 15-inch passive radiator is said by the company to produce greater bass output and extension. The Forte IV has also been completely revoiced from its predecessor, making for best-in-class efficiency and power handling, the company says.

At just 13 inches deep, the Klipsch Forte IV solves multiple space and placement issues by virtue of its narrow, shallow footprint. Each pair of Forte IV loudspeakers is grain-matched using wood veneer panels that are harvested from the same timber. The speakers, when they reach the end of the assembly process as finished product, are inspected and labeled with sequential serial numbers, ensuring that each pair of speakers is a matched set, says Klipsch.