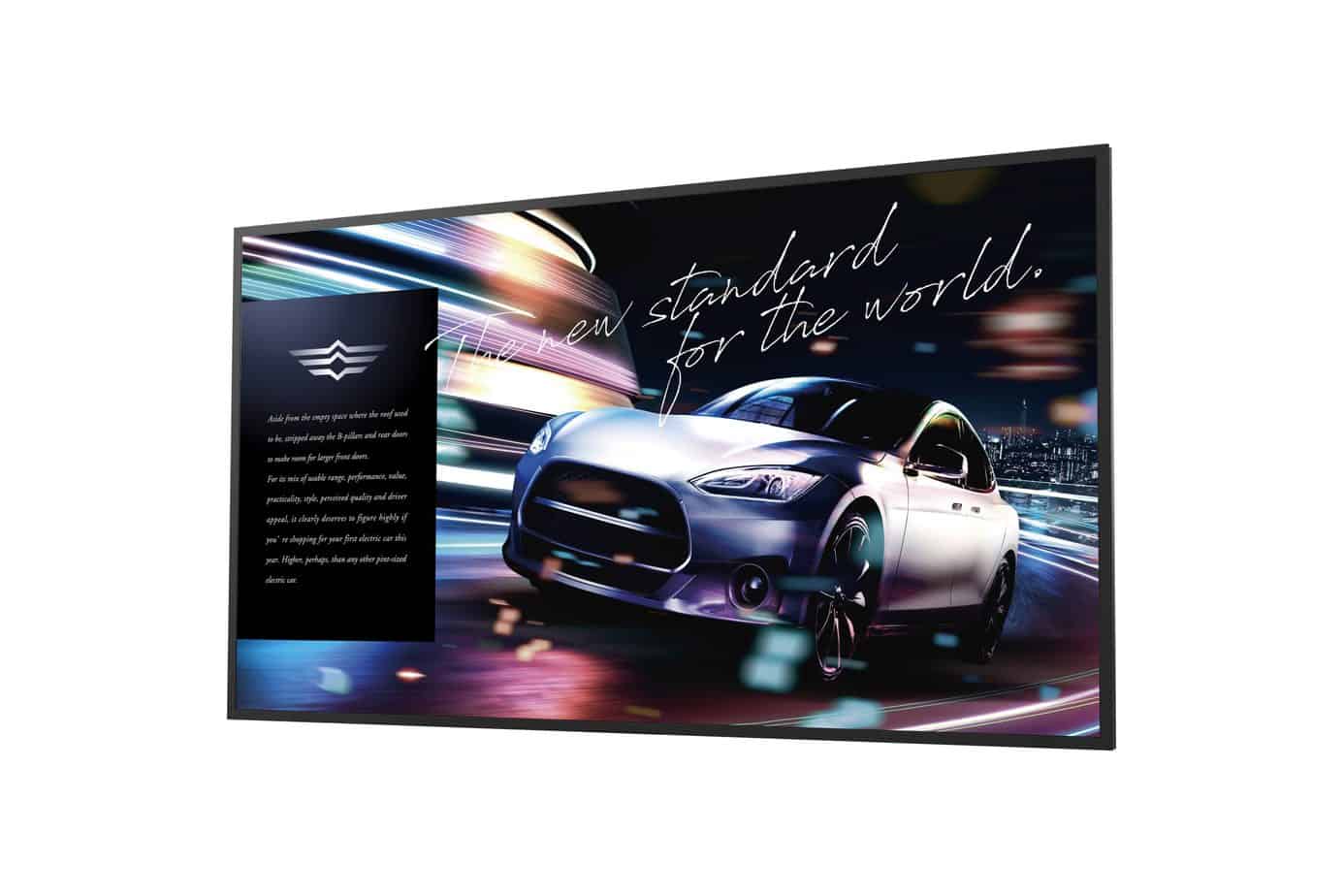 Sony Electronics has introduced two new display choices for professionals – the 100-inch FW-100BZ40J (pictured above) and 32-inch FW-32BZ30J.  These new models are optimized for use in businesses, including corporations, higher-education institutes, hotels and retail establishments, from small spaces to large venues. Features include Pro Mode for customized settings, IP control and mirroring functionality.

“With displays coming to the forefront as a way to visually connect with people and communicate critical information, we’ve expanded our dynamic lineup of BRAVIA displays to include two new sizes that bookend our existing offerings by accommodating the need for small-scale and large options,” said Theresa Alesso, Pro Division President, Sony Electronics. “These two new displays combine unrivaled imagery, a powerful new SoC platform for a better user experience, customized setting modes and a new design optimized for professionals.”

The new models incorporate the same picture processor as Sony’s BRAVIA televisions, which deliver 4K resolution. The FW-100BZ40J creates pictures that combine color, contrast, clarity and smooth motion using the new XR Processor. The processor employs cognitive intelligence which can cross-analyze an array of elements in the picture at once. The model also achieves high brightness of 600-nit (typical)/940-nit (peak) by the Full Array Local Dimming backlight, ideal for signage use.

The FW-32BZ30J features the X1 Processor to deliver a 4K picture. The displays’ TRILUMINOS technology provides a wide range of colors for more natural and realistic images even for small huddle spaces.

The two new models feature Pro Mode, which enables users to fine-tune the display settings and account for specific behaviors depending on the application such as corporate, education, hotel and retail.

IP control capability allows easy installation through support of key partners, including Crestron, Extron and Kramer.  Additionally, Sony’s BRAVIA displays are, reportedly, the only professional displays that feature integrated mirroring functionality through both Chromecast built-in™ and Apple AirPlay 2.  With AirPlay 2, users can stream, control and share content directly from their iPhone, iPad or Mac to the display.

The displays’ design were constructed with businesses in mind. The FW-100BZ40J’s four-side robust aluminum bezels are symmetrical, while the carrying handle provides ease of mobility.  The FW-32BZ30J features a cable-management structure.