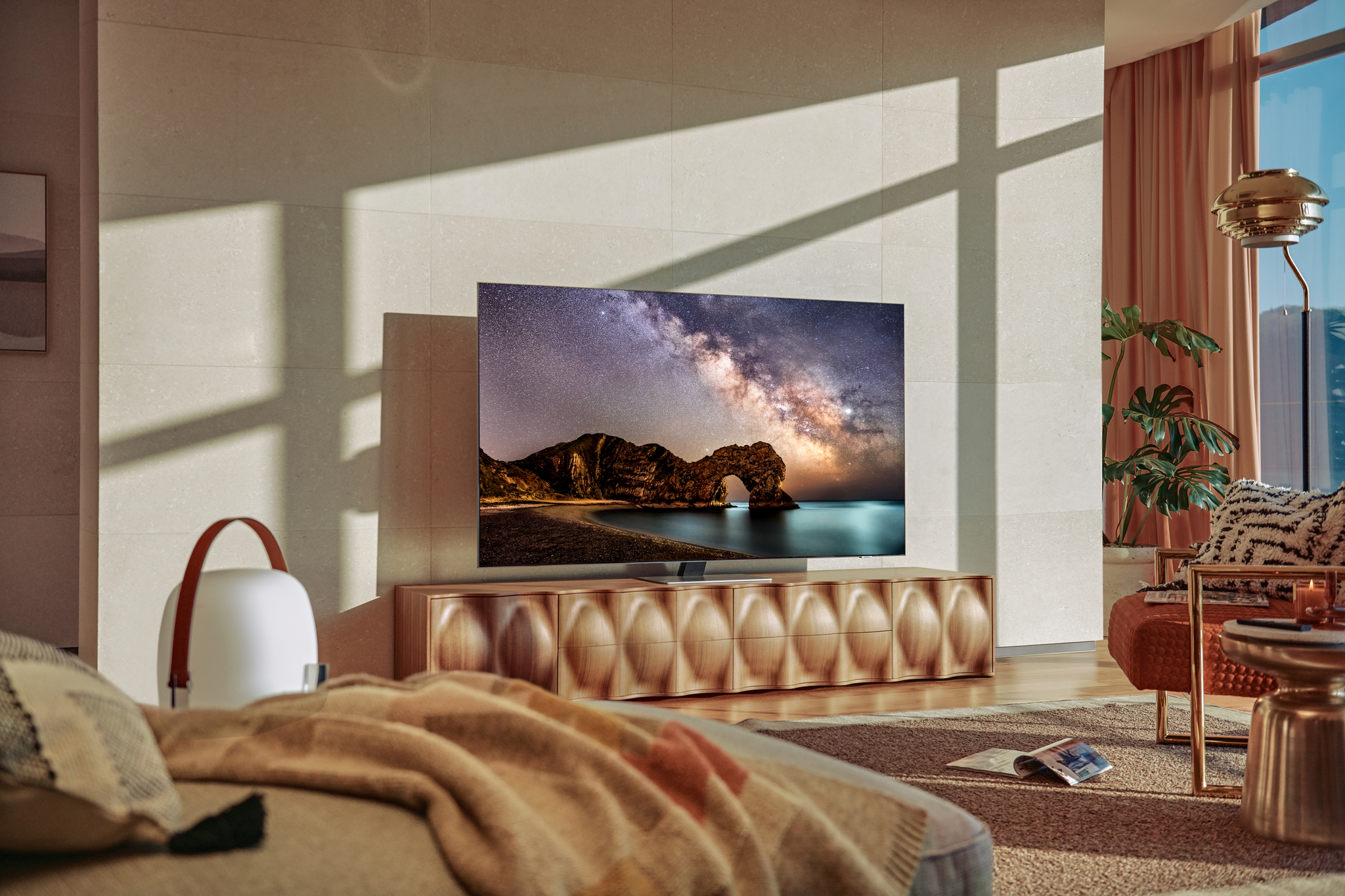 Increased ways to seamlessly switch between big screen TVs and handheld smartphones, along with smart TV versions of social video apps such as TikTok, were among the slew of new capabilities that Samsung Electronics Co., Ltd announced at its 2021 Unbox & Discover event on Tuesday. Streamed live on the company’s website, the showcase also included announcements detailing new sizes and features for the South Korean electronics giant’s lineup of TVs, computer monitors, and soundbars.

Among the mobile-optimized television announcements: Previously only compatible with Android devices, the 43-inch Sero TV will soon work with iOS devices. This means that the Sero’s motorized rotating screen will automatically switch between portrait and landscape modes depending on the content being watched on iPhones as well as Android phones.

Launched last year, the Sero’s auto-rotating design is aimed specifically at mobile phone users. In addition to iOS compatibility, the Sero, along with the rest of Samsung’s smart TV lineup, will soon include a dedicated TikTok app. With the looping video app’s user base set to grow to 1.2 billion by the end of 2021, according to AppAnnie, Samsung is implementing new ways to welcome mobile-first audiences into the smart TV fold.

Other enhancements and features for Samsung TVs include a new 76-inch size for the 2021 line of MicroLED TVs, which were unveiled earlier this year at CES 2021 in 88-, 99-, and 110-inch sizes (the latter two of which will be available in stores in April).  In addition, Samsung’s gallery-style The Frame televisions will receive massive internal storage boosts from 500MB to 6GB, which means slideshows cans scroll through up to 1,200 ultra high-res pictures whenever viewers aren’t watching TV.

Ideal for pandemic-era outdoor entertaining—everything from barbeques and pool parties to, say, Olympics group viewing on the deck—a new 75-inch version of Samsung’s water-and-dust-resistant, IP55-rated The Terrace TV will join the already available 55- and 65-inch versions. Besides being weather-proof, the “Full Sun” outdoor TV is viewable in bright conditions, including direct sunlight.

Samsung also showcased a few more features on its 2021 Q Series soundbars, including the Q905A, which is the world’s first 11.1.4 channel soundbar and offers a one-touch Bass Boost feature, along with Alexa and Bixby compatibility.