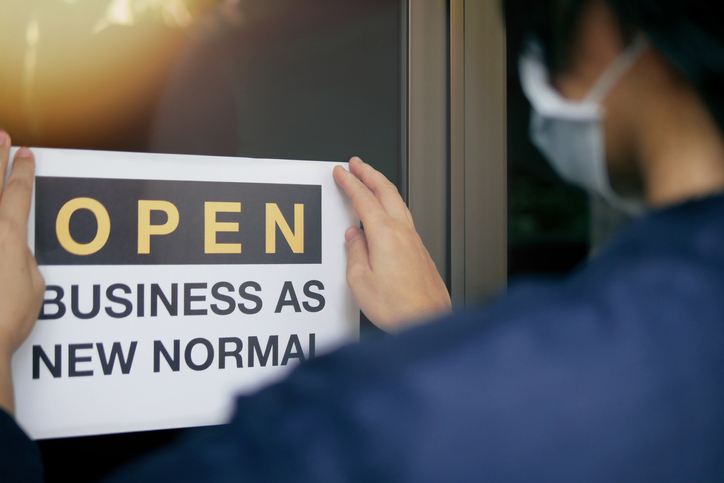 It’s been a little over a year since COVID-19 forced much of life as we knew it, along with a big chunk of retailers, to shut down. At first, and for many months, a retail apocalypse seemed inevitable, and for many legacy stores that were already challenged, it was indeed the end of days. But the pandemic has been a paradox. Just as layoffs and store closures continue apace for some once-cherished retail institutions, other stores big and small have seen record growth over the past 12 months, albeit mostly on the digital side of things. As with the population at large, the burden of COVID’s onslaught has not been even. Even so, the ever-increasing vaccination rates and loosening of restrictions across the country over the past four weeks indicate that while March may have come in like a lion, it left like a lamb.

First, a recap of the bad news. The corporate COVID casualties include some of the most revered names in the business, though many have been on a death watch for years. JC Penney, which had been under strain after eight straight years of losses and failed turnaround efforts that involved attempts at going upmarket and selling appliances and electronics, declared Chapter 11 bankruptcy early on in the pandemic, after just two months of forced closures and consumer reluctancy. Part of the deal included shuttering 29 percent of its stores—242 out of 846—though later, in June of last year, JC Penney walked that number back to 200 or fewer. After closing 156 of its stores, JC Penney was acquired in December by Simon Property Group and Brookfield Asset Management, which helped get the retailer out of bankruptcy. Even so, JC Penney recently revealed that the 15 stores it was supposed to close in March, along with three new ones, will now close on May 16th, which will bring the pandemic-era closure tally to 172.

The other big casualty, at least symbolically, was Fry’s Electronics. Though not entirely unexpected, the beloved West Coast electronics retailer announced that it would be closing all 31 of its stores across nine states and shut down its business after 36 years. The news marked the end of an era of a certain kind of electronics superstore where, in its ‘80s-and-‘90s-era heyday, you could walk in and find everything from the latest big-ticket televisions to every last variety of computer mouse.

While Silicon Valley-based company cited “changes in the retail industry and the challenges posed by the COVID-19 pandemic,” the biggest culprit was not keeping up a competitive digital and omnichannel presence, along with increased forays into stocking random knick-knacks, cosmetics, and candy on its increasingly bare store shelves (largely due to a consignment system that only paid manufacturers and suppliers after items were sold).

Though it doesn’t provide lists of closures or make any sweeping announcements around the topic, Sears and Kmart parent company Transformco Properties was already executing a strategy to shut down stores in 2020 even before the pandemic began. Whether the pandemic accelerated any closures or added new ones is unclear, but by February 2021, the company was on track to close 12 more Sears locations, including its last store in Hawaii, and one Kmart location.
Another big-name retailer with a long history, Macy’s, reported sales drops in the third quarter of 2020: Its net sales were down from $5.17 to $3.99 billion year-over-year and same-store sales down 20 percent. A comparatively modest 27-percent rise in digital sales was not enough to balance the books of the 162-year-old company.

While JC Penney and Macy’s sell some electronics and small appliances, the bulk of their inventory is in apparel, accessories, cosmetics, housewares, and home furnishings. As such, neither chain was able to qualify as an essential business and remain open during the pandemic’s early days or during periods of deeper quarantine. Not that spooked shoppers would have felt comfortable stepping foot into those stores in person anyway. Meanwhile, retailers large and small that sold appliances and electronics—along with most big box stores that also carried groceries or hardware–were fortunate to be deemed essential businesses, which let them continue to operate, albeit with strict social distancing rules in place. Doing business under those conditions was hard even for the essential businesses, but it nevertheless offered an opportunity for the smarter organizations, which accelerated and doubled down on existing omnichannel strategies and infrastructure. Many of these retailers have emerged ready for retail’s new post-pandemic rules.

While Best Buy has eliminated 5,000 full-time positions, shuttered five stores, and plans to close more locations in 2021, it has nevertheless found a new strategy that is helping it ride a wave of pandemic-related growth. The consumer electronics and appliances retail chain experienced not only a 12-percent rise in same-store sales at its brick-and-mortar locations in the fourth quarter of last year, but also a whopping 90 percent from its online sales, year-over-year. Its online sales nearly doubled from 25.4 percent in 2019 to 43.2 percent last year, and the store expects that number to stay consistent at around 40 percent for 2021.

“Our stores played a pivotal role in the fulfillment of these sales,” said Best Buy CEO Corrie Barry while announcing the company’s fourth-quarter 2020 results. “Almost two-thirds of our online revenue was either picked up in-store or curbside, shipped from a store, or delivered by a store employee.” As a result of the COVID-era changes in shopper behavior, Best Buy will convert most of the shelves and shelves of products and showroom spaces into warehouse spaces for hyper-local fulfillment centers, making it easy for customers to order online or via smartphone app first, then swing by for curbside pickup or wait for delivery, a bit like Ikea but with many more locations. It’s not a bad idea to stay competitive against, say, Amazon, which as of yet can’t deliver its merchandise immediately on purchase. Yes, the Seattle-based e-commerce behemoth can do same-day deliveries, but only in locations that are near enough to fulfillment centers for quick processing. Best Buy still has locations in the city centers, suburbs, and small and medium-sized cities where massive fulfillment centers would not fit.

Other big-box retailers deemed essential also saw growth and are evolving with the times. Target had its best holiday sales season in 11 years. Its Q4 2020 website and mobile app sales for the Minneapolis-based retailer rose to 18 percent from 8 percent in 2019, with a total of $28.34 billion in revenue. In addition to innovating on its curbside pickup process, going so far as to let consumers choose where in their cars they want their purchases placed, the store is also playing with layouts and sizes of its brick-and-mortar locations, and has ramped up its rollout of mid-sized Target stores in cities and near colleges and universities. Similar omnichannel growth gains were experienced by Walmart, which saw a 69-percent rise in online sales and an 8.6-percent rise in same-store sales for Q4 2021. Unlike Best Buy, these multi-category big box stores benefited additionally from grocery, pharmacy, and other essential, in-demand categories during the pandemic. These stores will likely continue to see benefits due to ongoing demand for basics, while specialty stores and especially department stores, which saw an 18-percent decline in sales last year, according to a new report from UBS, will still have to work hard to flourish, or even survive.

Regardless, the stores that are flourishing have the means to capitalize on the lower rents at mall and city center locations vacated by faltering retailers, signing shorter leases in some cases. And while empty storefronts due to high rents on upscale shopping streets from New York to Los Angeles were a scourge pre-pandemic, many of those same spaces now cost a lot less, or are available for shorter periods, which offers new opportunities to local and independent retailers that can provide distinctive and personal customer experiences. Indeed, independent retailers that specialize in niche or high-end products remain busy, as the long line outside of Amoeba Music in Los Angeles earlier this week demonstrates. The legendary independent record store, which carries everything from vinyl and cassette tapes to turntables and headphones, just reopened on April 1st at a new location a few blocks away after closing its previous store in March 2020. And while GameStop’s future viability is still a matter of debate no matter how high its stock soars, independent video game stores are doing just fine.

Between a post-pandemic craving for personalized service and omnichannel-driven growth, is it any wonder that there are more store openings (3,199) than closings (2,548) slated for 2021, per Coresight Research? Of course, the bulk of these openings are in apparel and cosmetics, but even Toys R Us, now owned by WHP Global, and discount chain Five Below, have plans for new stores between now and the end of the year. But 2,548 is still a lot of store closures. UBS, in that same report this week, estimates that 80,000 stores in the U.S. could close over the next five years, with clothing and consumer electronics among the most vulnerable and home improvement and groceries the most secure. In the case of Best Buy, however, those closures seem to be part of the plan as it leans into a post-store, digital-first future. UBS also estimates that overall e-commerce sales will rise to 27 percent by 2026, up from 18 percent in 2020.

With all the doom and gloom that the world has endured over the past year, it may still seem surprising that the pandemic has nevertheless fueled growth and innovation for many. In addition to receiving three rounds of stimulus checks, U.S. consumers who were fortunate enough to have jobs that could be conducted remotely have built up a windfall of savings from being stuck at home and not traveling or going to restaurants, movies, and shopping malls. And they will continue to spend that windfall at the retailers big and small that have doubled down on their digital and omnichannel efforts over the past 12 months. Even the less fortunate, who have spent the past 12 months scraping by, may factor into the future consumer equation as the economy recovers and some return to work at restaurants, hotels, theme parks, bars, theaters, film productions, gyms, and more.

With the COVID vaccine eligibility to become available to all adults in the U.S. by April 19th, and even COVID-cautious states such as California aiming to fully reopen all businesses by July 15th, life may soon return to something resembling normal for both consumers and retailers alike, as anyone who has seen the “help wanted” signs starting to pop up at soon-to-reopen restaurants, coffee shops, and stores can attest. When we look back on this pandemic, the past 12 months may not seem like that long of a time after all, but wow, what a difference a month can make.