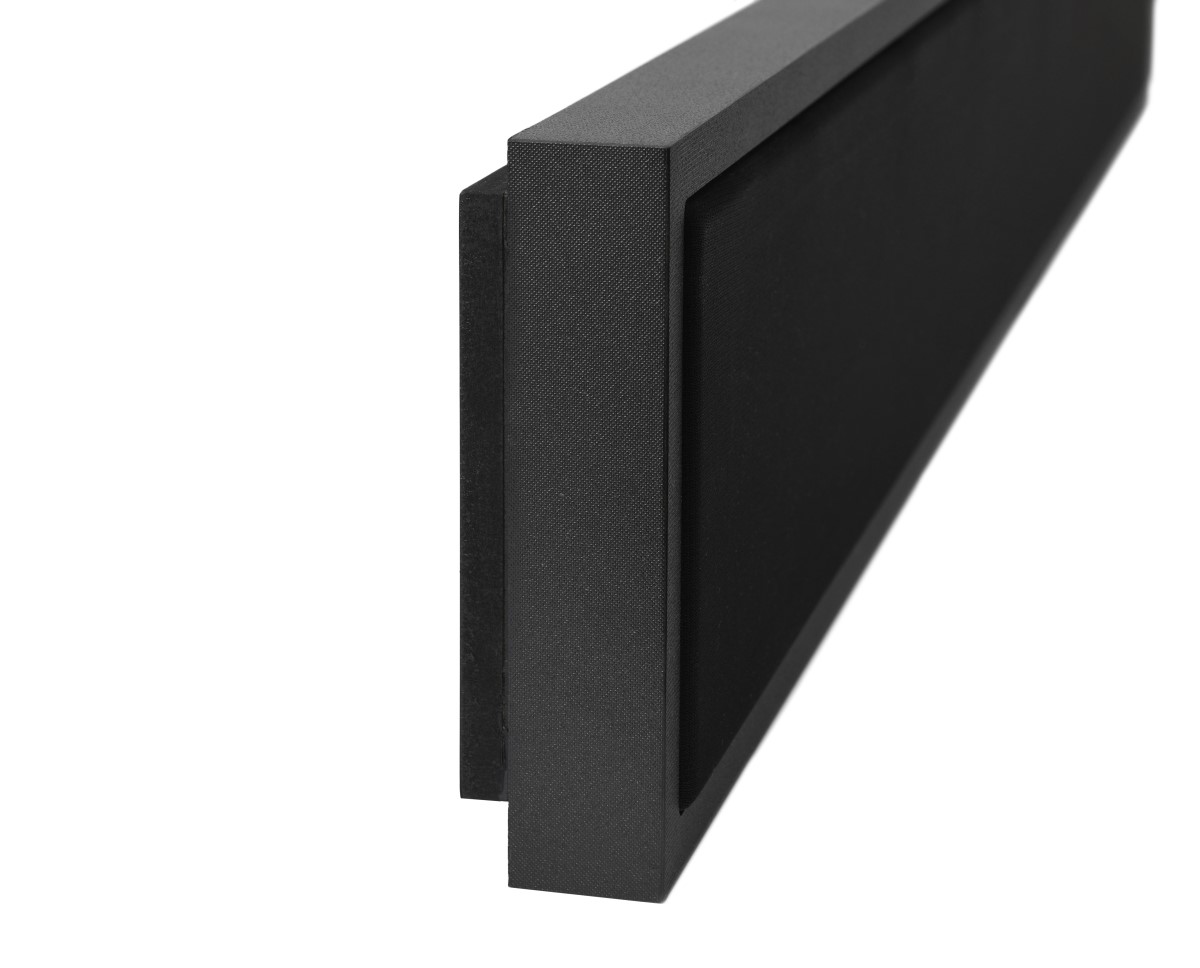 Since Samsung’s The Frame launched in 2017, it has been one of the most highly sought after televisions for its ability to transform a standard “black box” into a work of art. It has racked up tons of awards, and led Samsung to follow up with a newer model, which earned one of our very own Dealerscope IMPACT Awards.

One of the biggest challenges integrators and consumers have faced with this product though is deciding how to incorporate high-end audio to The Frame without it losing its organic appeal. The solution, then, was to create something designed specifically for this product. And that’s exactly what Next Level Acoustics did.

The audio company known for its American-made custom-install speakers introduced Fusion soundbars and Elite Series enclosures to give Samsung’s The Frame TV the audio it deserves.

The Fusion Frame Slim was crafted by master engineers at Next Level Acoustics to complement the ultra-low depth of the 2021 version of The Frame. Despite its small makeup of 1.25″ of exposed depth, the soundbar exhibits rich sound quality and room filling dynamics. A variety of framing color options including standard colors and a custom paint option further ensure that The Fusion Frame Slim will pair nicely with both The Frame and any home’s aesthetic.

The Fusion Frame Slim, now shipping, ranges in price from $1499 to $2999 depending on size and customizations.