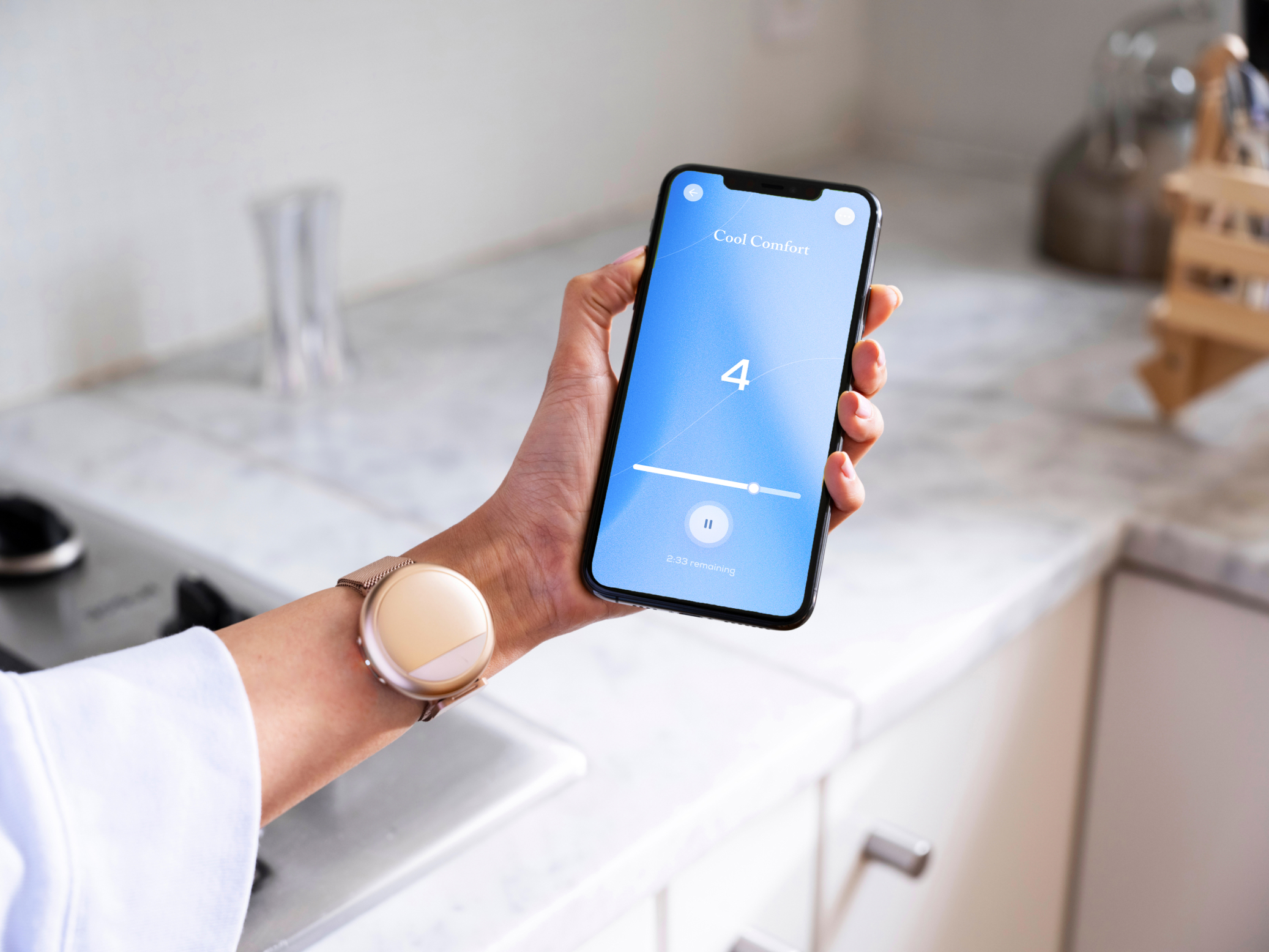 Summer has arrived. As temperatures rise, consumers will search for the best ways to beat the heat, be it at home or on the go. Multiple factors are contributing to the growth in particular categories of cooling devices, including the demand for energy-efficient technology, the effects of global warming/climate change, and the popularity of portable devices.

It is reported that the personal cooling device market is expected to experience a Compound Annual Growth Rate (CAGR) of 5.16 percent, during the forecast period of 2021 to 2026. Energy efficiency and portability make these cooling devices, particularly handheld models, most attractive.

The rise of temperatures created by global warming also is a contributing factor to the appeal of personal cooling devices. This past May, the World Health Organization (WHO) launched a #KeepCool campaign to educate the population on the dangers of heat and “adapt for the increased temperatures in the future.”

The organization reported that 2020 was the third-warmest year on record globally; that 2011–21 was the warmest decade; and that the annual global temperature forecast for 2021 suggests that this year will also enter a series of the Earth’s hottest years. As a result, there is an expected increase in the use of “user-friendly and energy-saving cooling devices,” per a report by market research firm Mordor Intelligence.

Personal cooling devices have been extensively adopted in the Asia–Pacific region due to the area’s hot climate and industrial growth. According to recent research published on BusinessWire, “the rising per capita income and rapid urbanization” in the emerging nations of the Asia–Pacific region, such as China, India, Indonesia and others, are further expected to drive the portable fans market demand.

There is a multitude of options in this large market. Most personal fans can be held, clipped or positioned on a table/desk. The OPOLAR foldable fan comes with a 5200mAh battery pack, works for five to 20 hours per full charge, and yields 500 charge-discharge cycles. Listed as one of the company’s best-selling products, the four-inch palm-sized mini handheld fan has a foldable design, a metal clip, and can also be charged via a USB port.

Powered by USB and rechargeable battery, VersionTech’s portable fan is an “Amazon’s Choice” in this category The six-piece fan blades provide three speeds of low/medium/high, creating wind distance up to 3 meters (around 10 feet). The fan can be handheld, set on the table, hung on a sun umbrella, or clipped to other objects. The handle turns into a base when folded 180 degrees, making it a great desktop or night-table fan.

For an extra refresh from the heat, the O2Cool elite misting fan provides a cool mist with an ergonomic trigger. This battery-powered fan has a manual misting function, which provides up to 1,000 sprays per fill. A secure, screw-on bottom cap is easily removed to add water and ice. 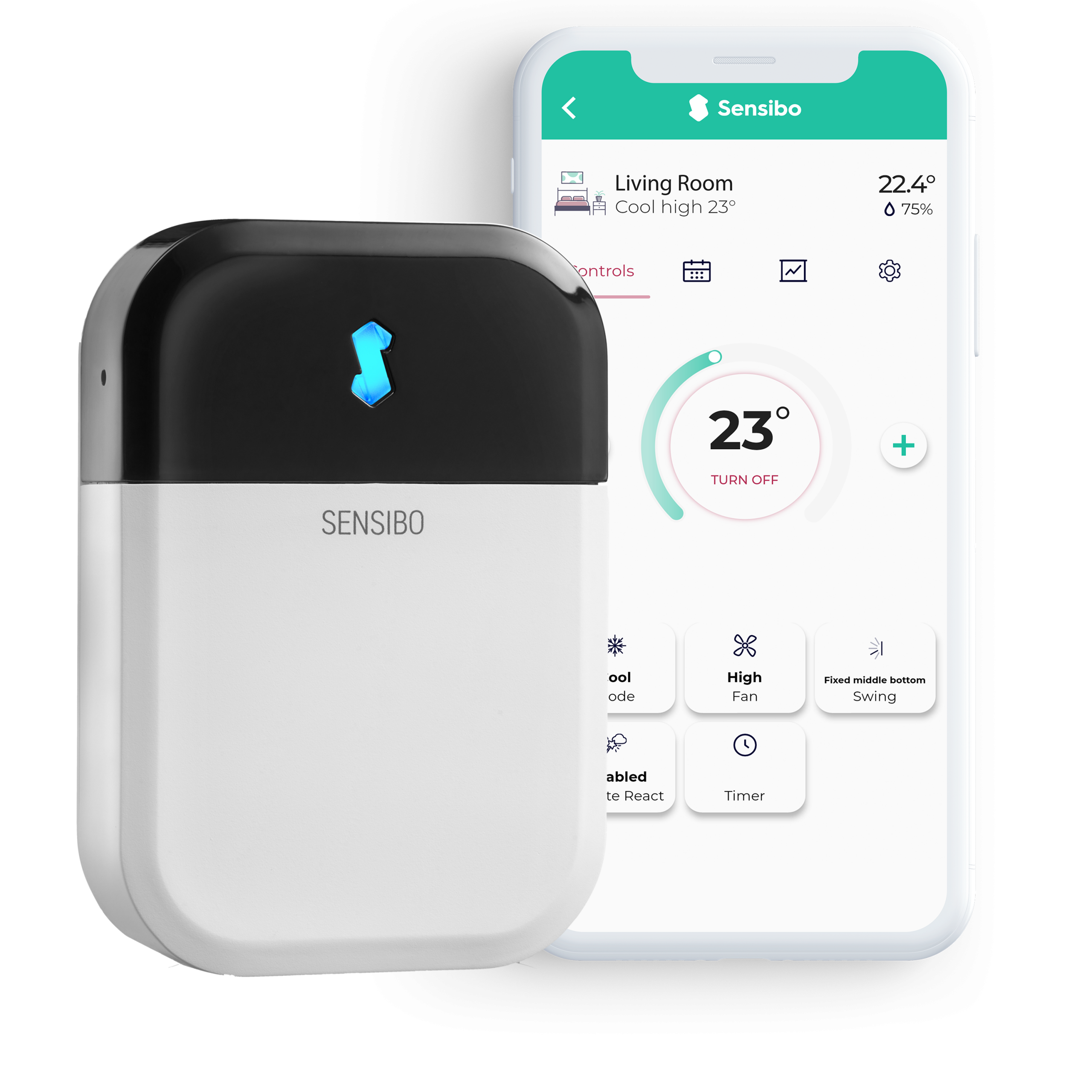 Getting Smart About Being Cool

Handheld fans are portable and inexpensive to use while on the go or at work, but if your preferred method to stay cool is sheltering indoors, you are likely cranking the air conditioner. With energy conservation top of mind, the Sensibo Sky transforms any existing room air conditioner into a smart sensing system. At the most basic level, the soap-bar-sized device gives users a way to control the functions of their air conditioners from anywhere via a smartphone app, but it also has built-in sensors that help inform the smart management of said air conditioners. The system also includes advanced functions such as Climate React, which automatically changes the temperature and other settings of your AC depending on the Sensibo Sky sensor’s temperature and humidity readings, and Geofencing, which turns the AC on before you arrive and after you leave. Pluses include: advanced scheduling; voice-assistant integration; alerts about energy usage, weather and pollution; and an AC system health check feature.

Looking to take your body temperature regulation to the next level? The Embr Wave 2 wristband features patented technology designed to harnesses your body’s natural response, using temperature to create balance and alleviate thermal discomfort. The intelligent wristband balances the nervous system using temperature to give you control over how your body feels. A predecessor to the original product released in 2017, the Wave 2 deploys cooling or warming sensations — or “waveforms” — to the temperature-sensitive skin on the inside of your wrist. This is all detected by nerve endings, or thermoreceptors.

“While the Wave harnesses thermal wellness, it does not alter core body temperature, but rather, impacts ‘perceived’temperature,” says Sam Shames, co-founder and COO of Embr Labs. “Broadly speaking, the populations using the Wave are what we call ‘the thermally underserved.’ We have customers using the Wave to help with everything from menopausal and cancer-treatment-induced hot flashes to sleep disturbances and stress.” Shames notes that about a quarter of Embr owners use the Wave “recreationally” to feel more comfortable in hot or cold environments, “or because they just run chronically cold or warm.” The device can be controlled via an app or with a press of a button to personalize thermal wellness. 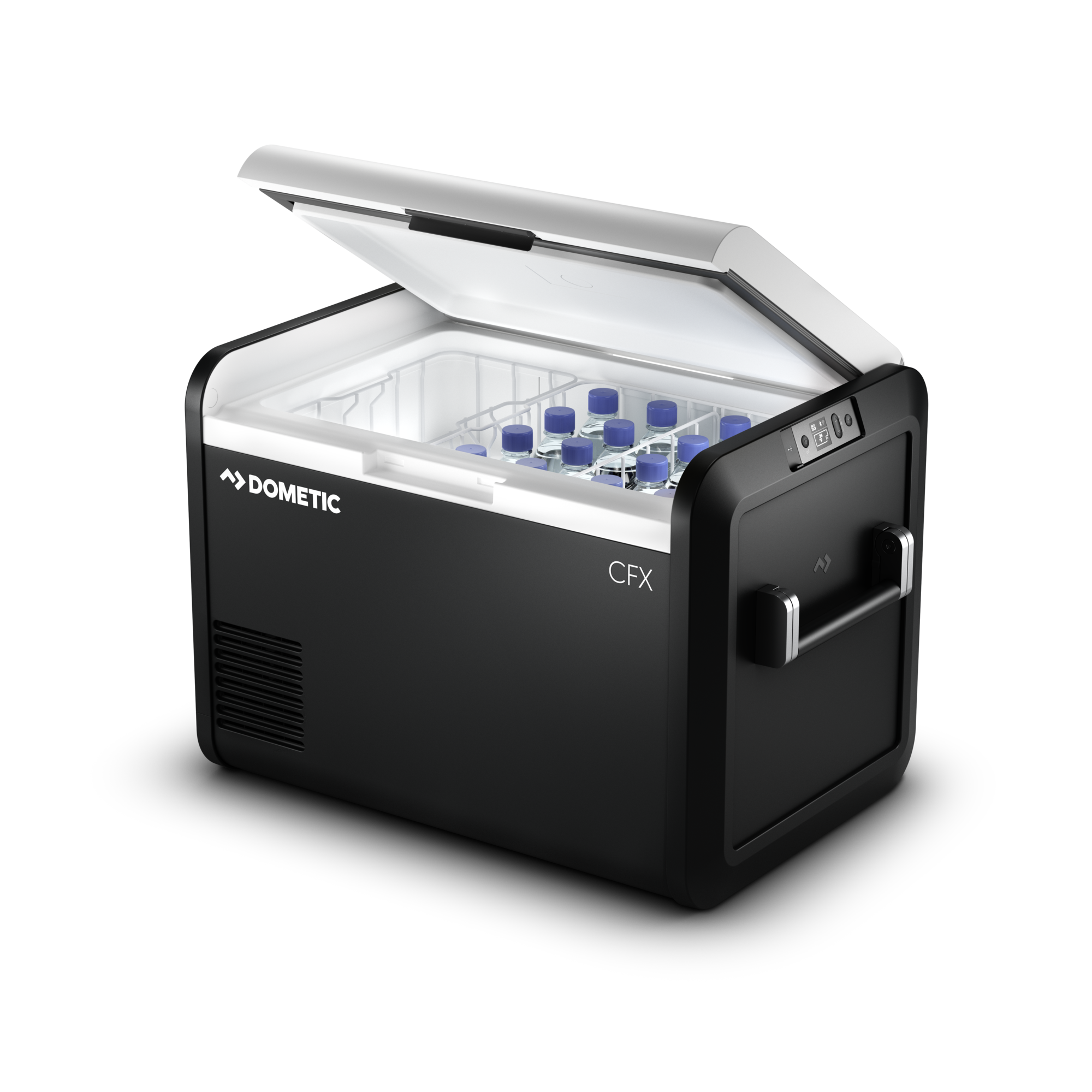 The Mobile Kitchen Appliance for Adventurers

Staying hydrated is paramount on hot summer days. For those beach days or road trips, you will be covered with the Dometic CFX3 Powered Cooler. The cooler, which is designed for rugged outdoor use with its ExoFrame construction, can be used in any setting to keep food and drinks frosty. The CFX3 mobile app lets users control Dometic CFX3 via a smartphone. Once your CFX3 is connected, you can set temperature and get a detailed history of energy and temperatures. Its VMSO3 variable-speed compressor features optimized software for better cooling, freezing, and power consumption. Additional features include spring-loaded aluminum handles and a high-resolution color display screen. The CFX3 comes in three models (35, 45, 55IM), all with cooling temps that range from -7°F to +50°F. Pictured is the largest model, which measures 28.35 in. D x 17.91 in. H x 18.90 in. W.

It does need to be powered, though, but is designed to work with any car power outlet or portable power station. We tried it out on a recent trip to Death Valley and were impressed not only by its ability to keep everything from drinks to cold cuts cool for at least half a day in temperatures hovering around 100 degrees, but also by its ability to quickly cool down to desired refrigeration or freezing temperatures in just a few minutes.

“The CFX3 Series powered cooler was extremely well-received when we launched it in 2020; people realized right away that it’s a product that allows you to take all of your favorite food and drinks with you wherever you go,” says Larry Jarriel, community manager and content coordinator, Dometic, “but its popularity has grown even more throughout the pandemic as people new to the outdoors sought to get outside and explore more, without leaving the comforts of home behind.”

Whether your customers are looking to stay in or head out — or spend a little or a lot — they will have plenty of cooling options to pore over this summer.

LG Levels Up the Laundry Experience With New Technology

How to Reduce Your Smartphone Usage This Year