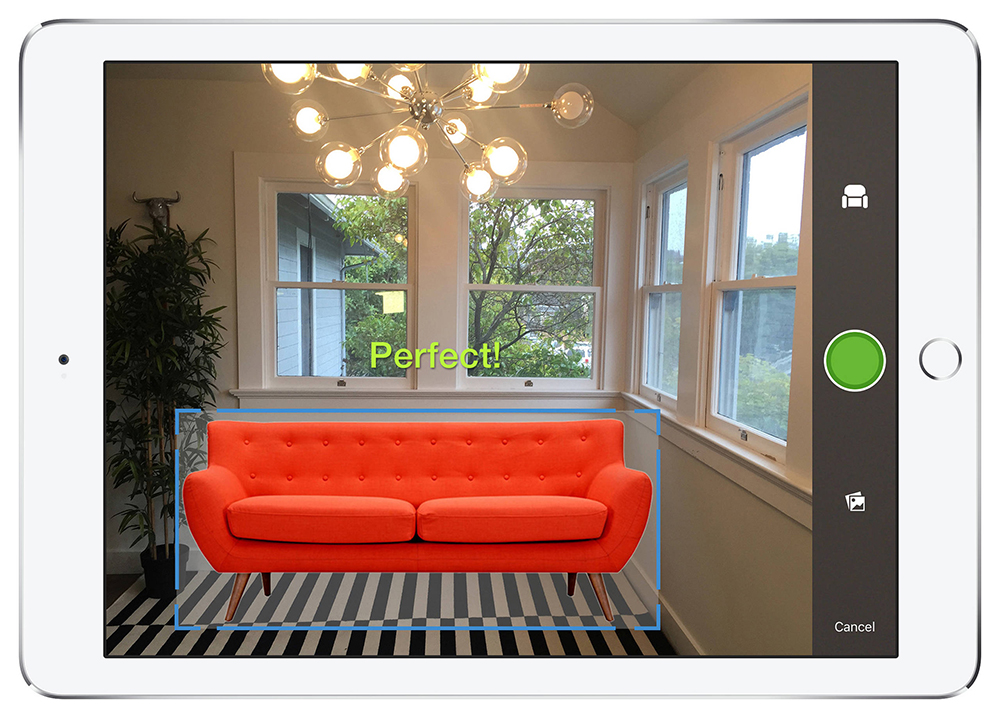 Five years ago, augmented reality (AR) entered the mainstream via phone-based applications. Despite mainstream hits such as Pokemon Go, which was a rudimentary workaround compared to today’s implementations, AR in general struggled with slow adoption and education hurdles. Even as the early hype subsided, retailers looked for practical use cases for AR, realizing that it had the potential to increase sales conversion by enabling consumers to see how a product or experience — furniture, clothing, consumer electronics — would look in the context of a home or other real-world setting.

Today, we’re at the beginning of a new golden age of technology. AR, AI, Edge Computing, 5G — it’s all converging. Amid rapid changes, the key to integrating technology into retail in ways that drive sales is to focus on constants.

Seeing Instead of Imagining

In a 2019 Nielsen global survey, consumers listed augmented and virtual reality as the top technologies they’d want to assist them in their daily lives, and just over half (51 percent) said they’d use the technology to assess products.

Virtual try-before-you-buy experiences skyrocketed during COVID-19. These visualizations range from previewing furniture in your home from brands such as Wayfair and Home Depot to testing what fashion, glasses, or even makeup will look like when worn. MAC Cosmetics shared that the demand for its virtual try-ons feature online has tripled since the pandemic began, pushing forward years of innovation and adoption of AR within retail in a matter of just a few months.

When consumers see something rather than just imagine how it could be, they’re much more likely to engage with it, vastly improving ROI. Shopify released data showing that products featuring AR content saw a 94 percent higher conversion rate than products without it. Similarly, Houzz reported that people who engaged with their AR tool were 11 times more likely to purchase, and spent nearly three times more time in the app.

At Plott, the extended reality (XR) company I founded, we use AR technology to seamlessly take users from conceptualizing to designing to completing DIY projects. For example, consumers can overlay a picture frame they like on their own space via the phone viewfinder, then purchase it, and then utilize our integrated hardware and indoor measuring solution, Cubit, to guide them as to precisely where and how to hang it on the wall. Similarly, our digital measuring and mapping wheel, Carta, can help complete similar tasks outdoors and on a larger scale.

Another consumer problem AR helps solve is making buying decisions. In a crowded (and sometimes copycat) market, it can be difficult to choose one product or experience over another. Often, the brands who win are the ones who know how to stand out.

In one example, the NFL recently partnered with Nickelodeon to bring some of the channel’s signature slime to the football field virtually, maximizing the co-viewing appeal for families. In another, BON V!V Spiked Seltzer generated excitement around a product launch by creating murals allowing passers-by to scan a QR code to watch a 3D vending machine where interactive animations come to life. The animations helped direct consumers to locations where they could buy the product nearby. We don’t know exactly how each of these campaigns performed financially for each company, but a recent survey from Havas stating that 84 percent of people expect brands to create content indicates that activations such as these are not only welcomed by consumers, but are anticipated to garner their engagement.

Unsurprisingly, one of the most popular uses of AR is social media filters, available across platforms including Instagram, Facebook, Snapchat, and TikTok. With users spending an impressive 75 seconds on average interacting with AR content, these filters are a powerful tool for driving engagement and brand awareness across platforms. By their nature, they require users to participate and share. Even five years ago, the Taco Bell Cinco de Mayo activation, a Snapchat Lens feature that turned users’ heads into giant tacos, resulted in more than 224 million views in one day.

AR can also help make customers’ lives easier in-store and post-sale. The 2019 Consumer Retail Technology Survey showed that 61 percent of consumers look for ways to save time while shopping, so retailers such as Lowe’s and Walgreens introduced AR indoor mapping. Shoppers can look up a product in their app, and arrows will then appear on screen to point them in the right direction. Post-sale, automakers like Hyundai and Mercedes shifted to AR-based user manuals, allowing drivers to scan an element of their vehicle and explain its functionality.

What’s Next, and How to Get There?

According to Grand View Research, the global augmented reality market is expected to expand at a compound annual growth rate (CAGR) of 44 percent by 2028 to hit $340 billion. In the face of such rapid growth, passion is the AR industry’s greatest asset. Consumers want to learn and experiment, and will look to retailers, manufacturers, and brands to give them an opportunity to do so.

All of these stakeholders are working on it, but making progress means working differently. Developers, retailers, and manufacturers are passionate about how they see the problem and how their AR solution addresses it, but it’s important to be wary of the “what comes first” scenario. Instead of thinking of steps to a solution in succession — technology first, then retail adaptation, or vice versa — we must think collaboratively. Developers, retailers, and manufacturers should experiment on a path forward together.

One important way developers, retailers, and manufacturers can come together is to use our respective skills and reach to educate consumers. Mass education is what will lead to AR’s tipping point. How can we position it as a problem solver vs. a new technology that consumers may feel stressed about adopting? What use cases can we elevate to prove that AR isn’t just a trend? How can we collaborate with the passionate and the loud to influence the wider public?

The great news is that support is already abundant in the industry. Projects of all sorts — big or small, wild or conservative, unusual or expected — fuel excitement and progress. The viral popularity of Pokémon Go in 2016 was followed a few short years later by a $21 billion contract from the U.S. Army for AR glasses to help soldiers “fight, rehearse, and train” in one system. This move signaled both the legitimacy of the technology and the fact that it’s here to stay. When everyone, from the Dallas Mavericks to Snoop Dog to Ikea, is using AR, the public gets educated and excited.

If consumers understand that AR helps them make smarter buying decisions and save time, AR can also become a new way of shopping and living.