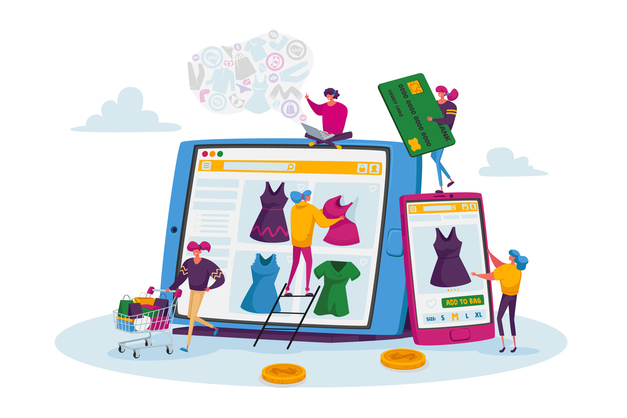 THE DAILY SCOPE, 11/30/21: Many of the headlines around Black Friday and Cyber Monday like to focus on the flatness or the downness of sales this year compared, mostly, to 2019, but it’s looking, as always in today’s fast-paced echo chamber of news headline one-upmanship, that the reality is more nuanced. (That is, if you can ever call a rollercoaster nuanced.)

As we shared yesterday, online spending on Black Friday totaled $8.9 billion according to the Adobe Digital Economy Index, versus $9 billion in 2020, but that’s not too surprising given that consumers started their holiday shopping earlier this year due to fears over supply chain shortages. That said, Salesforce reported more cheery news for ecommerce, with shoppers spending $7 billion online on Thanksgiving itself this year, 1 percent more than last year, and a five-percent rise in Black Friday online sales at $13.4 billion.

Meanwhile, Sensormatic Solutions reported that visits to brick-and-mortar stores were down 90.4 percent on Thanksgiving day itself—also not a shocker considering the dozens of big-and-small-name stores that closed their physical locations on that holiday for the first time in years. However, Sensormatic also reported that foot traffic at brick-and-mortar stores was up by 47.5 percent on Black Friday over 2020, though still 28 percent less than 2019. Brick-and-mortar retail sales in general are healthful, however, with NPD yesterday releasing data that in-store sales accounted for 64 percent of all sales in September. Cyber Monday wasn’t too bad in the end for e-commerce operations, either: According to Adobe Analytics, shoppers spent $10.7 billion online yesterday. While it was 1.4 percent less than 2020 Cyber Monday spending, the drop does not belie Adobe’s overall forecast for 2020 holiday ecommerce, which is bullish and record-breaking.

In other news, the supply chain and labor shortage issue is leading some big-box retailers with deep pockets such as Amazon, Target, and Walmart to let consumers keep the goods that they have theoretically “returned.” In other words, after issuing refunds on products, the stores will still let consumers keep said products. With the labor shortage mandating so many other immediate tasks – namely keeping stores open and waiting on customers – the work involved in reboxing and reshelving products just isn’t high enough on the priority list.

Lastly, while this next item isn’t directly related to retail, it is quite useful when dispelling any worries that consumers may have around their smart IoT devices, smartphones, laptops, or TVs. Namely, the rumor that Facebook, Amazon, Google, and their ilk are listening in on conversations in order to better serve up targeted ads and search results. This test, by influencer Morten Rand Hendriksen, admittedly requires a bit of work, time, and patience, but it helps dispel this myth. Check it out and then use it to dispel fears the next time you’re selling anything that’s voice-activated and connected to the cloud.

Sales Taxes in 2022 – Issues to Watch For Online Retailers

Jack Dorsey Steps Down as Twitter CEO: Who Is His Replacement, Pagra Agrawal?

Appliance Business Cast Off By GE Thrives Under Chinese Ownership

Why Retailers Are Fighting a Vaccine Mandate Before the Holidays