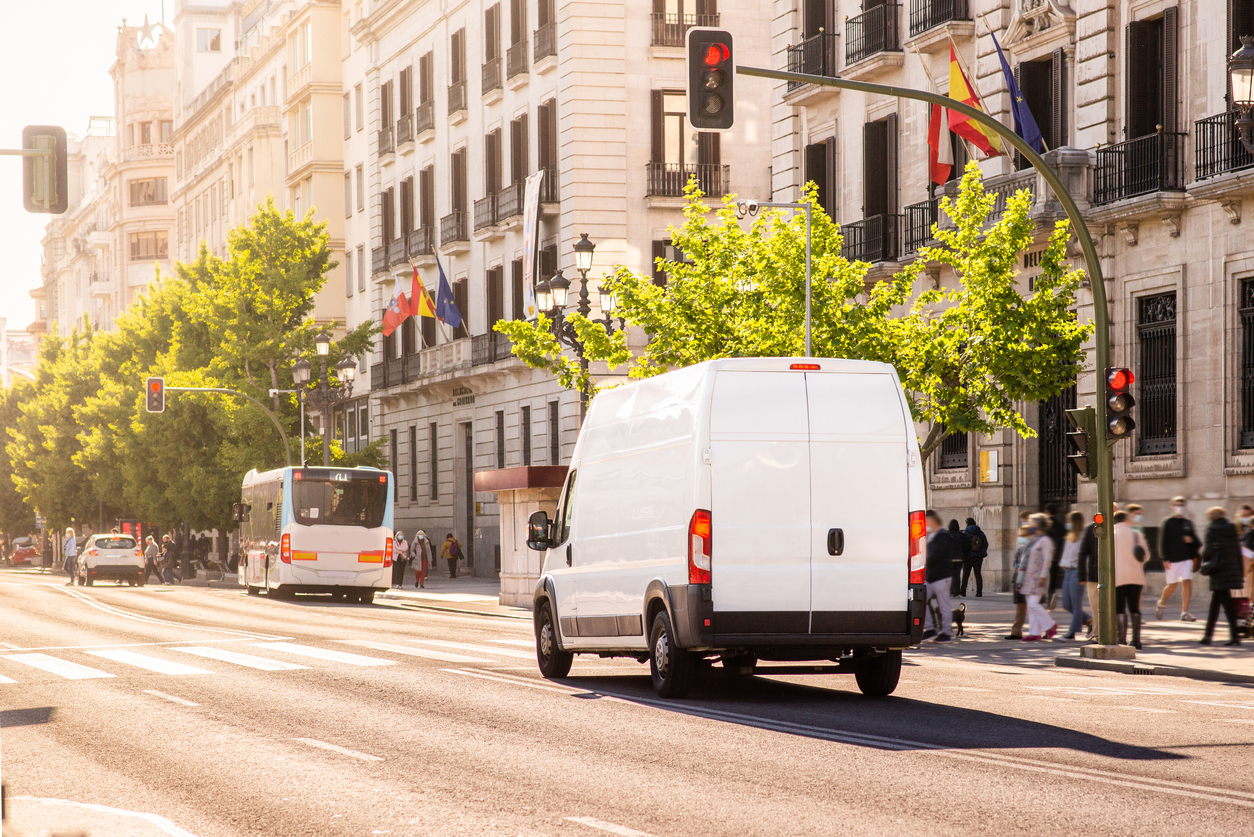 THE DAILY SCOPE, 12/8/21:Philadelphia is turning towards big data to help solve the glut of delivery trucks that are clogging city streets and curb space and creating hazards for pedestrians, drivers, and bicyclists alike. Philly’s Smart Loading Zone pilot project, which will test the use of five different software types, seeks to make product deliveries more efficient and user-friendly by providing shippers with real-time data on loading zone availability. Shippers can use the platform to reserve spaces in advance for a fee allowing them to optimize their delivery schedules. Philadelphia currently sees 600,000 resident deliveries per year, with the city handing out more than $2 million in parking tickets to these delivery vehicles every year. This new year-long pilot program is set to begin in March 2022.

Amazon was forced to shut down operations in warehouses across the country yesterday due to problems in the company’s cloud computing system. The malfunction in Amazon Web Service’s cloud system rendered the scanners and other tools workers use to process products non-serviceable. This delay puts Amazon further behind the eight-ball in a holiday season where the company has already experienced pains from labor shortages and global supply chain issues. The issue affected all companies that rely on Amazon’s cloud computing system with customers reporting problems with Roomba Vacuum cleaners, Amazon Alexa, and Disney+. Amazon announced that it was able to get its systems back up and running yesterday evening.

In other news, Sanus, a manufacturer of mounts and accessories, just today announced the release of three new products to go with Amazon’s newly released Echo Show 15: a Tilt Stand, a Tilt & Swivel Stand, and an Under-Cabinet Mount. Both the Tilt Stand and the Tilt & Swivel Stand are designed to be placed on a countertop to allow users optimal control over their living spaces. The Under-Cabinet Mount gives users the same capability while allowing the device to be stowed out of sight when not in use.

Today, Hisense also announced the release of the 8K U800GR Hisense Roku TV, which is the newest of the company’s ULED Series lineup. The U800GR utilizes hi-resolution 8K ULED technology, Quantum Dot technology, and 180 local dimming zones to give users access to their favorite content. With a customizable home screen and instant access to thousands of free or paid streaming services, the U800GR is your new home for entertainment.

Peloton Needs To Punch Up the Power, But It Will Take More Than ‘Shadow Boxing’