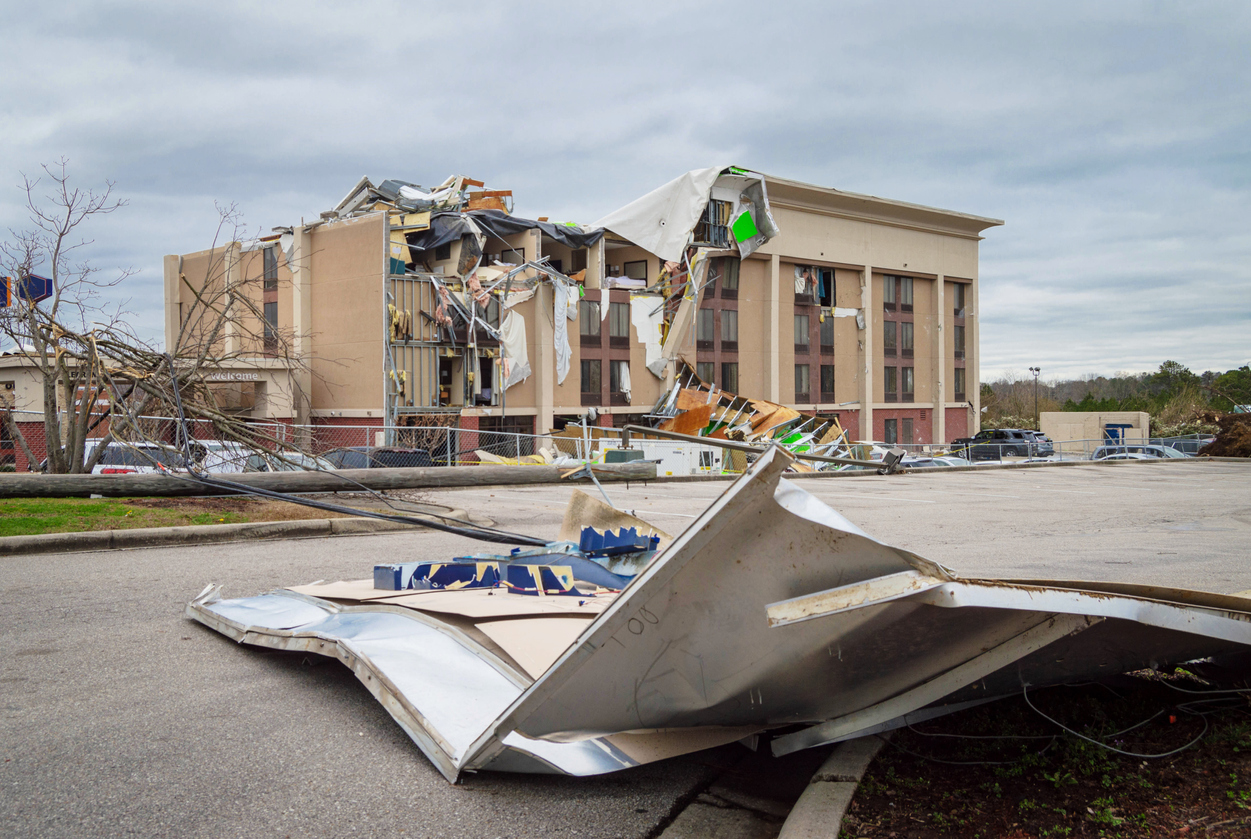 THE DAILY SCOPE, 12/13/21: 64 people have been confirmed dead and more than 100 are still unaccounted for as a result of the nasty string of tornadoes that swept across Kentucky, Missouri, Illinois, Tennesee, and Arkansas this past weekend. The devastation in some towns has been so thorough that lifelong residents can no longer navigate their way around once familiar streets. In Dawson Springs, KY, 75% of the small town was leveled in a matter of minutes. Homes…gone. Businesses…gone. Schools…gone.

The devastation included an Amazon distribution center in Edwardsville, Ill, where six employees, including a driver,  have been confirmed dead after the building collapsed in on them. The employees were instructed by managers to shelter in place in the facility’s bathrooms. Today our hearts are with the family’s of the six Amazon employees Deandre S. Morrow, Kevin D. Dickey, Clayton Lynn Cope, Etheria S. Hebb, Larry E. Virden, and anyone else who has been affected by these tragic tornadoes. Residents are now stuck picking up the pieces from these natural disasters and are in need of help. Those looking to support in disaster relief efforts and the rebuilding process are encouraged to donate to one of the relief organizations listed in this article.

In other news, the continuing labor workforce shortage this holiday season has proved to be an immense challenge for retailers, which must continue to rethink traditional employment practices. An Accenture survey of 120 executives found that retailers are providing more attractive employment opportunities in a bid to retain existing employees. These strategies include offering permanent roles to temporary seasonal workers, providing channels for career development, and offering higher wages. For example, the Walmart owned-and-operated Sam’s Club has begun offering rates reaching up to $15 an hour for base-level retail work. “Going forward, companies will need to appeal to a more diverse workforce, taking measures such as equipping employees with the skills needed to thrive in a digitally enabled, multi-channel world,” said Jill Standish, Senior Managing Director at Accenture, in a piece she wrote for Forbes. The landscape of retail is shifting, and, to attract employees, companies will need to provide opportunities that promise heightened accumulation of tech expertise.

This holiday season, one in five  shoppers utilized the increasingly popular buy-now-pay-later (BNPL) style of purchasing via apps such as Affirm, Sezzle, and Afterpay. By allowing the consumer to pay off the balance in smaller monthly increments that are typically interest-free, BNPL makes buying large items seem less daunting. However, this system of payment tends to lure consumers into buying products that they would typically think of as too expensive. According to a study conducted by NerdWallet, Gen Z made up 22% of consumers using BNPL services, and more than 43% of Gen Z respondents reported missing at least one monthly payment compared to only 31% of Millennials. As a result of missing payments, many consumers responded that their credit scores took a hit, placing them in increasingly stressful financial situations. Because they are such a recent phenomenon, BNPL platforms have not yet been exposed to widespread regulation, thereby putting the onus on the consumer to understand the externalities of using these services.

Apple iOS 15.2: The Next iPhone Software Has 10 Awesome Upgrades

Snapchat and Other Apps Were Used to Plan Flash-Mob Thefts, Police Say