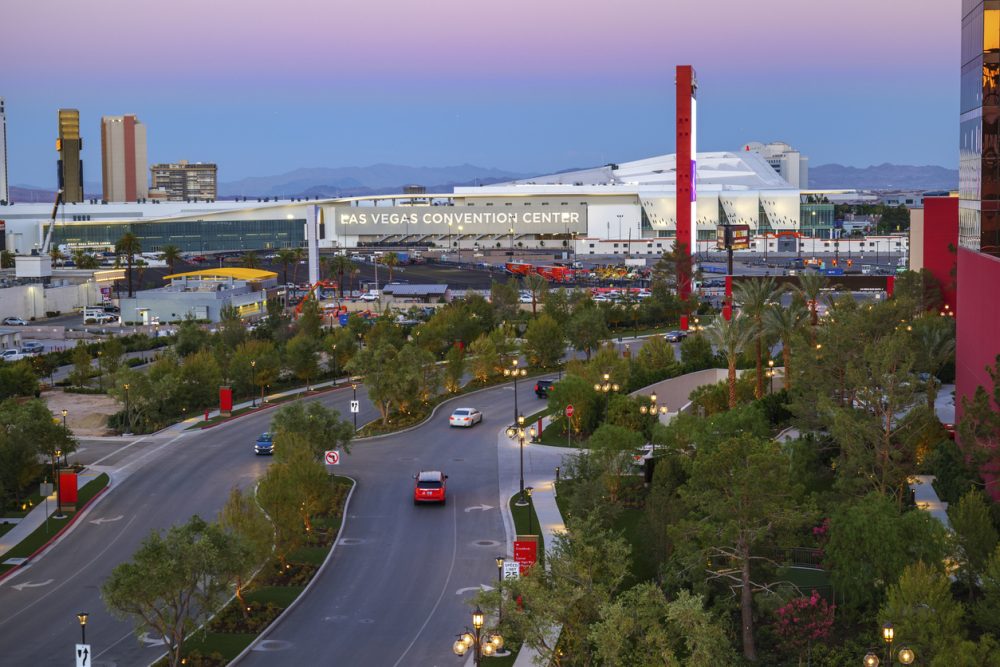 CES 2022 wrapped up on Friday after a whirlwind three days of product announcements, exhibitions, and discussion panels. We’re still sifting through all of the news, pictures, videos, and products we saw, but in today’s edition of The Daily Scope, we’re making it a bit a bit easier for all of our readers with an easy link below to all our coverage so far. We’ll be releasing more detailed breakdowns and highlights of CES 2022 throughout the week and in our next issue of Dealerscope Magazine, so stay tuned.

With the spread of Omicron, one of the main questions going into CES 2022 was what the event would look like. As we have previously reported, a slew of major companies including Meta, Amazon, Lenovo, Google, Microsoft, LG, Panasonic, T-Mobile, and Twitter among others decided to pull out of or reduce their in-person presence at the event at the last minute. So what did the event look like?

While attendance was nowhere near the 180,000 that typically attend the event, there were still 40,000 people at CES 2022 last week, which equates to roughly 22 percent of typical numbers. More than1,800 members of the media attended the event and 30 percent of the event’s attendees were international. Dealerscope staff members who went to the show in person noted the impact of the decreased crowds. Uncharacteristically empty was the front of the Las Vegas Convention Center, where major players like BMW and Google typically stand out prominently.

Many exhibitors still showed up to staff their booths, but across the show floors, there were several empty patches from companies that decided not to attend at the last minute, or where booth staffers got sick in the middle of the show (as was the case with one of our show floor appointments). Though the decrease in crowd resulted in significantly less traffic, it also led to some positive outcomes, such as the depth of conversations that people who chose to attend the event in-person were able to engage in. All in all, we will likely have to wait and see if CES 2022 acted as a superspreader event to truly classify it as a success or failure — or maybe something in between.

Within this year’s CES 2022 event, a major focus was put on sustainability across a wide array of sectors within the tech industry. This year’s event featured the most robust display of EVs in the show’s history including the release of the 2024 Chevy Silverado EV, as well as announcements, which included Walmart’s bulk order of 5,000 GM BrightDrop delivery vans, and Chrysler’s pledge to be fully electric by 2028.

Cars aren’t the only sector getting greener; many brands are becoming more aware of the ways in which their products and packaging are impacting the environment. For example, the new ThinkPad Z13 and Z16 from Lenovo feature sustainable materials such as 100-percent recycled aluminum or 100 percent recycled vegan leather. The company’s focus on sustainability extends to the packaging, which is made from compostable bamboo and sugarcane and utilizes an AC power adapter made of 90% post-consumer content.

Samsung also used CES 2022 as a platform to unveil a slew of green initiatives and pledge that by 2025 its TVs and appliances will be packed with sustainable materials. Samsung’s extremely innovative eco-packaging boxes convert into a variety of slick small-scale furniture items to give single-use packaging a second life  Moreover, the updated 2022 Samsung Eco Remote, which is made of recycled materials, eschews a lithium-ion battery in favor of RF harvesting. This process extracts energy from WiFi router radio waves and fuels the remote in tandem with solar power. Stay tuned for more CES 2022 coverage this week.