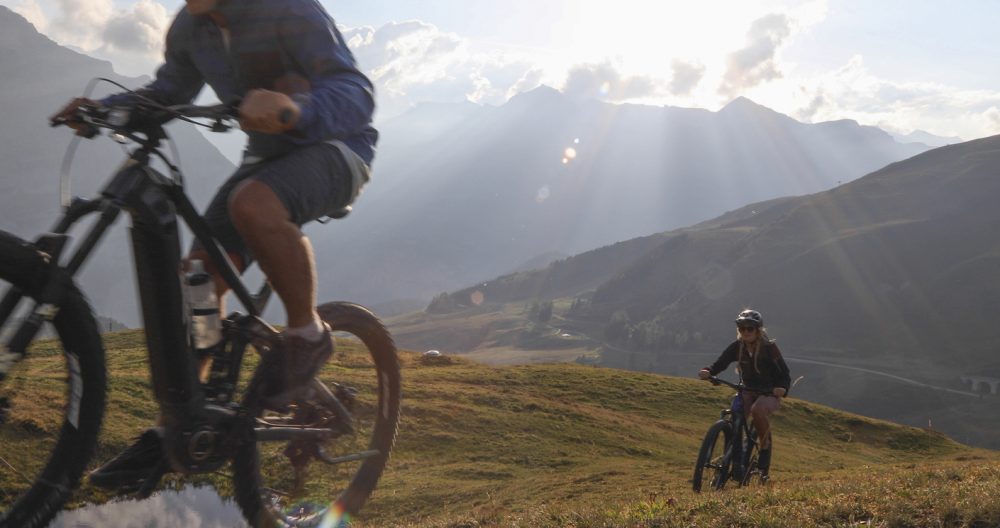 It’s no longer just a pandemic fad. Ebikes are here to stay, and stay in a big way–as evidenced at CES 2022 last week. Not only were there electric bikes of every shape and size introduced – everything from sleek road bikes to 007-style snow bikes— the Las Vegas show had a dedicated eMobility experience testing area outside for ebikes and escooters.

CES’s outdoor space reflected the stunning growth of ebikes even when compared to the frenetic sales pace of traditional bikes over the last two years. Sales of ebikes jumped 240 percent over the previous 12 month period ending last July versus an overall growth rate of 15 percent for the cycling equipment category as a whole during the same period, according to an NPD report. So, not surprisingly there was a slew of new ebike and emobility introductions around the 65,000-square-foot test track at CES. Mainstream bicycle brand Giant, for example, introduced a commuter model aimed at new riders or those returning to two wheels after a hiatus. In the group’s Momentum line, the new Volta E+ weighs just 40 pounds, a lightweight considering that ebikes typically weigh 55 pounds to over 70 pounds. Volta E+ models will start at $2,300 and feature batteries that run cooler, have a longer life cycle and are wrapped in fire-proof gel, the company said.

In other news, yesterday, high-resolution audio solutions provider Astell&Kern launched the company’s first-ever portable headphone amp the ACRO CA1000, which will go on sale across the U.S. and Canada starting January 24. Equipped with an 8,400mAh large-capacity battery, the ACRO CA1000 can be set to operate at four separate gain levels, which control the sensitivity of the input circuit to match the optimal amplitude of the output circuit, to produce optimal audio output from the user’s headphones. The headphone amp also features an interactive touch screen, which connects to Apple Music, Amazon Music, Spotify, Tidal, SoundCloud, Qobuz, SiriusXM, Tune-In, myTuner, Bandcamp, and Deezer, to help artists and audiophiles explore the smallest details of songs without distortion.