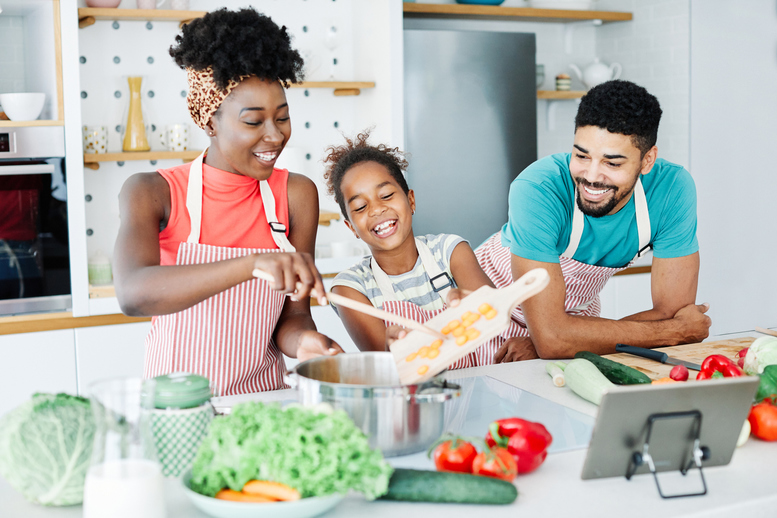 Having a reliable and efficient oven is a high priority this time of year. But if the user isn’t quite up to par in their cooking, have no fear — today’s oven technology makes it simple to cook food worthy of entertaining for the first time again. Whether that’s with smart, guided recipes or new hardware that makes food more crispy and tender, these ovens can ensure that celebrations, meals, or new experiments in cooking are a success.

Steam meets heat in the ChefCubii 4-in-1 steam-combo oven by Fotile. Functioning as a steam oven, a convection oven, an air fryer, and a dehydrator, the ChefCubii allows users to play with their cooking without having to use more than one device. The oven includes 40 preset cooking menus for those looking for a guided experience, as well as a large see-through window for easy viewing. A large portable water tank powers the Steam-Bake mode, which creates moisture in the oven and combines with convection baking for even cooking. The clean design boasts a three-layered door, a 1-cu.-ft. large-capacity interior, and orange ring light control knobs.

Sharp Supersteam, Super Heated Steam and Convection Built-In Wall Oven
This oven asks its users to rethink how they cook with steam. That’s because the steam in most ovens only reaches a temperature of 212 degrees, but SuperSteam+ can drive steam up to 485 degrees. With this in mind, users can essentially have three ovens in one: a steam oven, a convection oven, and superheated steam. The Smart Cook feature on the oven’s touchscreen interface offers built-in recipes and pre-set cooking options, and menu categories and easy controls are also available. Additional settings include Steam Grill, Steam Roast, Gentle Steam, and Convection Broil, as well as options like Steam Proof, Keep Warm, Simmer and Sauté.

Everyone is looking for a little more flexibility when it comes to cooking. This 5.8-cu.-ft. oven from Samsung gives cooks just that, with a Dual Door that allows them to cook two dishes at different temperatures or access just the top oven or full oven. Wi-Fi connectivity makes it easy to control the oven from anywhere, and inside, two powerful convection fans circulate heat, cook food evenly, and cut down on cooking time. Other features include a soft-close door, a glider rack, and a 18K BTU dual-power burner.

This modern wall oven utilizes a third element and fan to cook food quickly and evenly on every rack. Signature Kitchen Suite’s Steam-Combi feature boasts the precision of sous vide cooking through the power of steam, and can be remotely monitored through the SmartThinQ app. Oven features include convection bake, convection roast, bake, broil, proof, steam cook and RapidHeat Roast+. For added convenience, the Speed Clean takes only 10 minutes to leave the interior of the oven shining.

Few things are as disappointing as putting in the time and labor for homemade pizza, only to have it come out less than perfect. Enter the Trattoria Pizza Oven by GE, which features a pizza oven on top and a convection oven on the bottom; it was slated to be available in late November. The pizza oven component heats up twice as fast as traditional pizza steel for fast, efficient results. The precision surface sensor is mounted directly beneath the cooking surface and detects the oven temperature to notify cooks when to put in a new pizza. A reflective aluminum shield redirects heat downward to more effectively brown crust and toppings, and the cooking surface is a quarter-inch-thick plate made of aluminum alloy to allow for rapid heat conduction and precise temperature control.

Customization and ease are the main sellers of this built-in oven from Wolf. The large, full-color touch screen and stainless touch controls feel intuitive and are simple to manage, and are Wi-Fi-enabled so users can remotely preheat, select modes, and adjust temperatures. Ten cooking modes developed by Wolf chefs are available, including Bake, Broil, Convection, Convection Roast, Dehydrate, Gourmet, Proof and Roast. In Gourmet mode alone, nearly 50 presets are available to make cooking fancier dishes easier and more accessible for everyone.