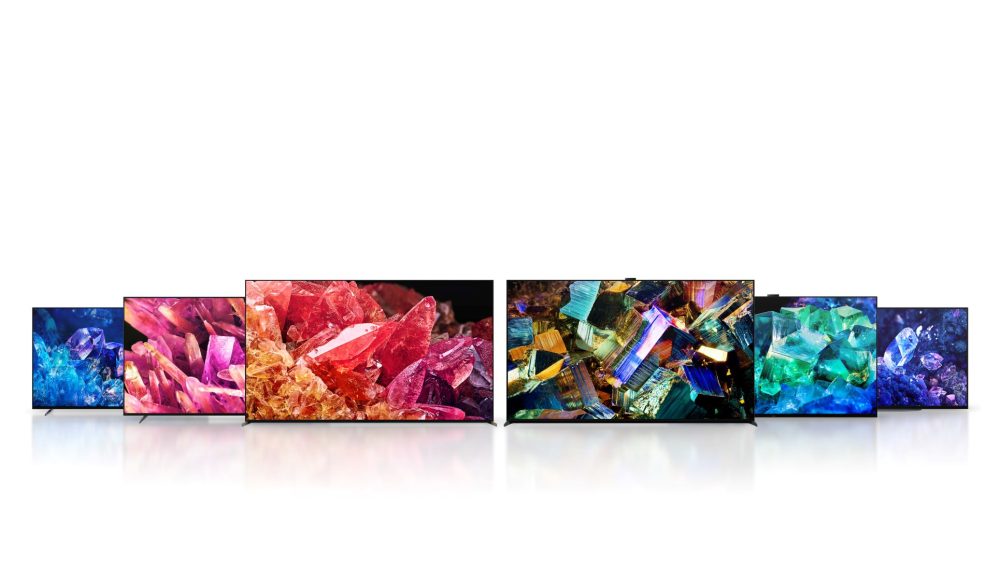 Sony Electronics led off a stream of announcements just ahead of the opening of the 2022 CES with tech particulars about its soon-to-come new BRAVIA XR TV line — with retail pricing and availability details to follow in Spring.

The TVs are loaded with innovations that run the gamut in LED technology iterations; models are powered with Sony’s Cognitive Processor XR engine to cross-analyze and enhance images.

The wide range of intros is in screen sizes from 42 inches to 85 inches.

The thinking behind the new models, which Sony’s pre-show statement says feature improved audio and processing capability across the board, is to enable viewers to calibrate their sets to display lifelike content by “analyzing their surroundings in real time… with precise sound matching.” Some of the sets will be enabled in this, says Sony, with a newly developed original camera device called the BRAVIA CAM.

Peppered throughout the BRAVIA XR model range as a featured appointment, the aforementioned BRAVIA CAM is an energy-conserving innovation that will sense when viewers are no longer positioned in front of the TV, and then, will dim the display. Beyond merely energy conservation, however, the BRAVIA CAM is designed not just to recognize the positioning of those viewers still in the vicinity of the TV, but also to then calibrate both the sound and picture settings based on processing this intelligence. It also offers viewers the ability to control the set with gestures and to use the TVs for video chat functions.

Among OLED intros are MASTER Series OLED TVs models in sizes ranging from 42 inches to 65 inches (the A95K and A90K Series).

The A80K OLED Series, as well as the A95K and A90K Series, carry Sony’s Acoustic Surface Audio+ feature and also, a technology Sony calls Acoustic Center Sync. The Acoustic Surface Audio+ feature uses actuators to use the screen, in effect, as a multichannel speaker to match the sound with what’s on the screen. Acoustic Center Sync, for its part, is designed to help keep the audio output from the TV and any appended soundbar in line with each other.

Sony points out that BRAVIA XR TVs are also conveniently optimized for gamers who use PlayStation 5, as the picture automatically adjusts for the best settings for the Sony game console.

X-Wide Angle, another key feature seen in multiple models throughout the lineup, enables the viewer to appreciate true color reproduction even while sitting off-axis from the screen’s center.

This year, Sony says it has redoubled its commitment to product sustainability, with select models in the lineup using Sony-developed SORPLAS, a 99 percent recycled plastic material that has enabled the company to reduce the amount of virgin plastic used in those models’ production by up to 60 percent. TV packaging has also been trimmed down about 15 percent, and ink used in packaging has been reduced 90 percent, according to Sony; overall plastic used in packaging has also been trimmed about 35 percent.

Trade Shows are Back — Right?