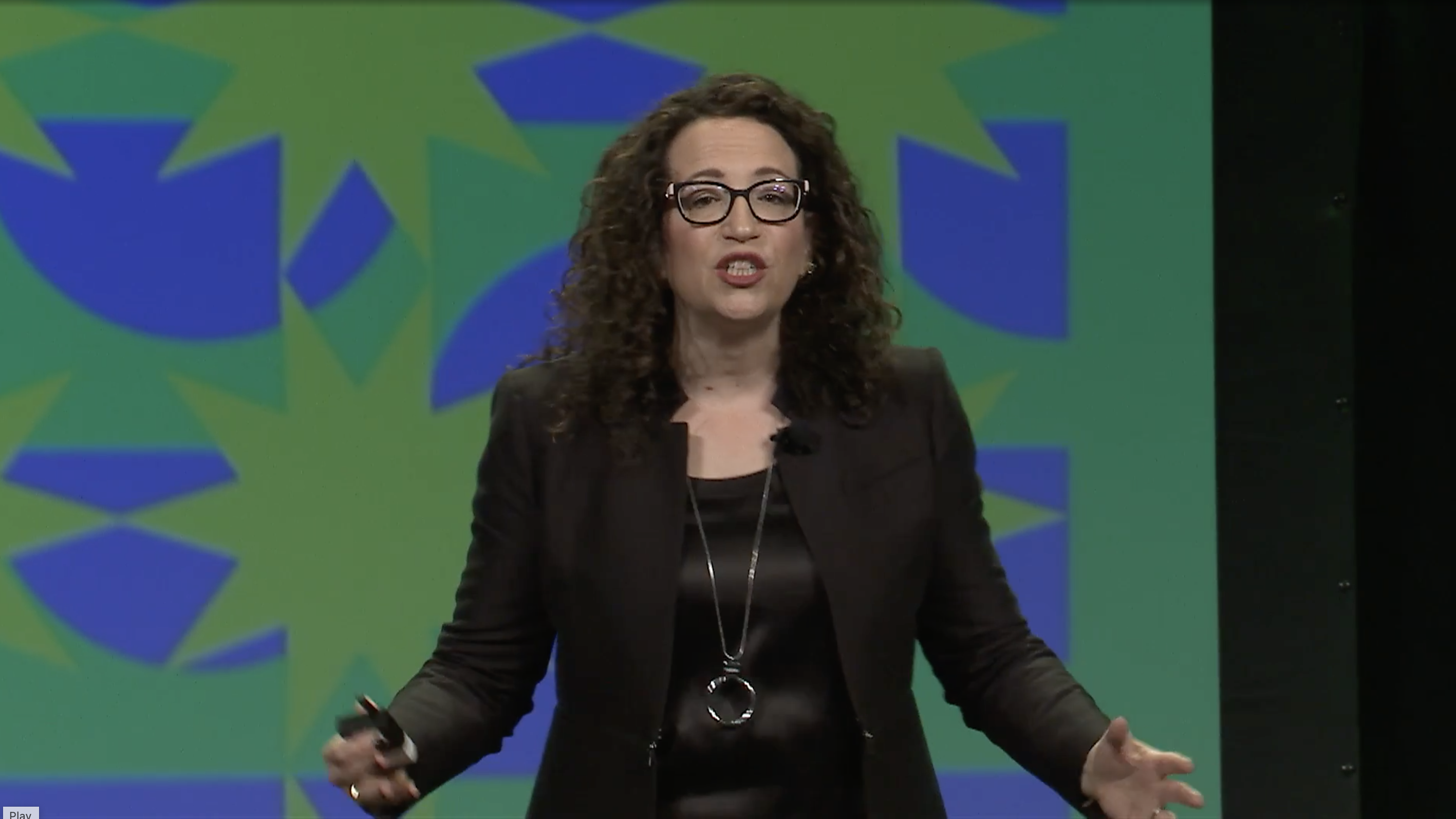 Amy Webb is the CEO of the Future Today Institute, which serves as a management consultancy for a wide variety of government agencies and private companies. “They’re the people who are retained by filmmakers and TV commercial producers who are setting their projects in the future and want to do know what it should look like,” said Webb, who calls herself a “Quantitative Futurist,” of the Institute, which has a diverse roster of high-profile clients including Fox Entertainment, Sony, Cisco, Pepsi, and the State Department. Each year, the Future Today Institute releases its “Emerging Tech Trends Report.” Webb, who is also a professor at the NYU Stern School of Business, “launched” this year’s report, the 15th, with a talk at SXSW 2022 this week. Pithily enough, the talk was titled “Amy Webb Launches 2022 Emerging Tech Trend Report.”

The major trends covered reflected the major trends throughout SXSW 2022, including Artificial Intelligence (AI), Metaverse/Web 3, and Synthetic Biology. All of them, Webb said, have widespread applications and all could go very well or very badly, depending on how things turn out.

“We’re getting closer to the day when AI systems can make their own decisions. Freaked out?,” a title card in the AI section asked. Facial recognition is only the beginning –- eventually, smell and even breath will be used for recognition purposes.

And there are retail applications. Webb laid out a scenario in which someone shopping for a wedding dress could share prompts with a screen and have the AI “create images that fit your description. Select the ten that look closest to what you’d be willing to wear.” Further prompts can further narrow down the choices. It’s easy to imagine a similar sort of AI-powered auto-generated smart home configuration or home theater set-up based on answered prompts from a customer.

Webb went through an “optimistic scenario” for where things end up with AI five years from now, in 2027.

“AI content is identified in some way, and so are the teams that created the models. We have gone all in on transparency. There are guardrails for use, and certain types of invisible, invasive biometrical systems — not just facial recognition — have been banned from use in public spaces,” she predicted. “Search is so much better; it’s much more intuitive, and it’s much more accessible, now that people can have a conversation and search visually.”

“The problems that we have in 2022 are only exacerbated by the year 2027,” she said. “Misinformation is everywhere, but now it’s in the form of images and videos, which were specifically designed by AI systems and nobody can tell the difference. And worse, they were designed to elicit our trust, to get us to believe, and eventually to make us really angry. There are unconscionable amounts of data being collected about us, with zero transparency. Your data are being held by third parties, which can re-sell it, and it is impossible to be anonymous.”

On the surface, Webb’s latter scenario indeed sounds like an exponentially worse version of what we are experiencing today, only AI is designing the content and humans can’t tell the difference. While AI-generated content is often easy to spot today, it is not hard to imagine a world in which it’s more professionalized since five years is not a long time where machine learning and technology are concerned.

Webb saw an 80 percent chance of the “catastrophic” scenario coming to pass and 20 percent for the “optimistic.”

The next big trend was the metaverse, which was a major topic of discussion throughout the SXSW 2022 conference program. Typically used to describe online 2D and 3D environments, including VR, the “metaverse,” as explained by Webb, is “an umbrella term for technologies that bridge the divide between the physical and digital worlds.” She called it part of Web 3.0, “the next evolution digital infrastructure.”

Per Webb, the metaverse will allow people to present different versions of themselves in different scenarios, and they’ll presumably use the interconnected virtual world it for everything from work meetings to dating to hanging out.

The biggest questions about the metaverse, in addition to how soon the technology can be up to par, is how it will be standardized.

“It’s the infrastructure and protocols that matter,” a slide in the presentation stated. Key questions to ask, Webb said, is “who are the people building these new spaces? Are they optimizing for everyone? What if metaverse spaces aren’t interoperable? Who gets to decide the standards?”

Webb shared examples of some wild metaverse innovations in the works, including something called “Targeted Dream Incubation” (TDI), which is a real-life version of the technology from the movie Inception.

As with AI, Webb laid out optimistic and catastrophic scenarios for the metaverse, looking ahead to 2032.

“We stopped saying that Web 3.0 was totally decentralized,” Webb said of the optimistic scenario, referring to the oft-cited promise that blockchain technology will completely eliminate the middleman, even as nearly every financial and corporate entity, including many CE manufacturers, dives into NFTs, smart contracts, and cryptocurrency. “Instead, we clarified that blockchain, new forms of security, these would enable consumers to have much more control over their data. And we went all in on trust. We did this using zero-knowledge proofs, which is a cryptographic tool that allows a third party to prove that a statement is true without needing to observe a bunch of data. We also focused on radical inclusivity.”

As for the catastrophic scenario?

“Online dating is an apocalyptic hellscape of doom. We look back at ‘The Tinder Swindler’ and we chuckle about how things were simpler back then,” she said as she described a hypothetical intimacy and relationship dystopia. “Many of us now have a dozen iterations of ourselves, which we’re authenticating using Digital ID, but because nobody thought this through, we’re constantly stuck juggling different digital identities and trying to remember which one is which.”

Webb continued: “And those metaverse ‘city halls’ that everyone was so excited about? Well, they’re still run by the same people, but they still have the same problems.” The “catastrophic” scenario, according to Webb, has a 70 percent probability, as opposed to 30 percent for “optimistic.”

As for the Synthetic Biology part, Webb noted that “computers and biology are becoming one.”

She noted that one in five Americans have paid a private company to sequence their DNA. And while the Chinese government is the entity on the planet that owns the most DNA, 23andMe and Ancestry.com are right behind it in second and third place, respectively.

Overall, Webb wrapped up her presentation with some key takeaways:

“We’re in a period of acceleration; bias still persists and we need to fix it: decentralization will benefit some but not all; we don’t have guardrails or national plans; and we will need to redefine what is ‘real.’”

Whether the glass is half full or half empty, the next few years are going to require vigilance, effort, and persistence to make Webb’s “optimistic” predictions happen.