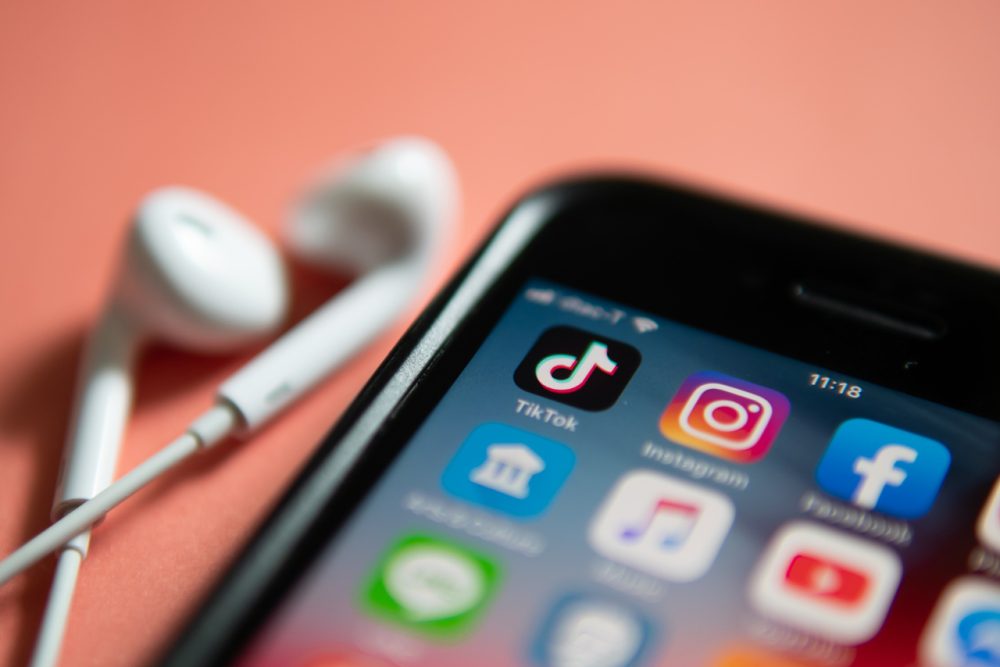 We know we’re getting older when we can’t keep up with all the social media platforms available. Just as it seems we get a handle on Facebook, Instagram comes along. Now Instagram isn’t the prodigal child of the net anymore. Neither Snapchat nor Vine. This year’s award goes to TikTok.

As retailers, getting a handle on one social media account is time-consuming, especially when you consider all of the other jobs that are not marketing, which are hanging in the balance – like organizing and ordering stock, payroll,  and keeping the facility sparkling clean (now more important than ever). And, most importantly, there is making sure your customers are delivered a great installation with a demonstration   – now also difficult to do. As a side, we always recommend setting up your customer’s new head unit with the time set and tuned to the best of your ability. Then you can record a quick video of the features of the new head unit in their car, and text it to them. We know they will appreciate that. Which got Director of Sales Anthony Carranza of Audio Systems, located in Moreno Valley, Calif., thinking. He was using YouTube to promote car audio and show off product features. Then he started using Instagram. Why not give TikTok a shot? Very few in the industry are using it, but it reaches the car audio market most coveted by shops: Young customers getting their first vehicle for the first time who are excited. These are the folks that become lifelong customers.

Five years ago, TikTok started as an app called Musical.ly. Most of the content was elementary-aged kids performing terrible lip-sync renditions of songs trimmed to less than a minute. But it caught on like wildfire. Eventually came lip sync-ers who would add production value to their video creations. In a year, the company had 10 million users. The following year, that number jumped to 90 million. Becoming ‘TikTok Famous’ is the ultimate goal of most school-aged kids across the country.

In 2018, the app was acquired by ByteDance Ltd., an Internet company based in China. This is where the controversy of TikTok comes in when it comes to privacy issues and facial recognition software. Last year, Senator Marco Rubio of Florida called for a formal investigation into whether TikTok poses a national security risk. In a letter to Treasury Secretary Steve Mnuchin, he states: “These Chinese-owned apps are increasingly being used to censor content and silence open discussion on topics deemed sensitive by the Chinese Government and Community Party. The Chinese government’s nefarious efforts to censor information inside free societies around the world cannot be accepted, and pose serious long-term challenges to the U.S. and our allies.” On the other hand, TikTok countered and promised that content created in the U.S. remains in the U.S. In a statement to Vox Magazine, a spokesperson noted, “We have never been asked by the Chinese government to remove any content and we would not do so if asked. Period. Our U.S. moderation team, which is led out of California, reviews content for adherence to our U.S. policies – just like other U.S. companies in our space. TikTok has made it clear that we have no higher priority than earning the trust of users and regulators in the U.S. Part of that includes working with Congress, and we are committed to doing so. At the start of 2019, TikTok U.S. brought in a country general manager and a U.S. Head of Trust and Safety who have autonomy over moderation policies. It does not restrict videos based on political content.” The bottom line is when used as a medium to promote your business we see no immediate threat with putting up benign and fun content. But we would refrain from posting anything too personal, as that makes sense with any social media platform linked to a business.

Carranza had been hired at Audio Systems to not only sell merchandise but also help the retailer step up its social media presence. He already started a YouTube channel called “Anthony’s Car Audio Life” that was gaining some traction. His first exposure to TikTok was from his daughter, who started an account on Musical.ly. He notes that for all of his social media channels, it takes time to gain traction. “Originally my views were slow at first, but you can’t get discouraged. I just keep continually adding content. I started to add content to my YouTube channel. Then I linked some information and videos to our Instagram account. Finally, I started with the TikTok platform. Most of the views were very slow at first. And then we struck gold. I posted our crew installing a double sunroof on a GMC Sierra.” We are not sure why the Internet found cutting a portion of the roof off of a pickup using a sunroof template fascinating, but any time power tools are involved in cutting out sheet metal, the young male demographic digs it. The video went viral on the Audio Systems’ account and now has close to two million views! As of this writing, the Audio Systems account now has 25,000 followers on TikTok, and an average video gets well over 1,000 views. More interesting content goes over 10,000 views. Audio Systems’ main brands are Alpine, Focal, and JL Audio. The store owner is Javier Gutierrez, but Carranza notes, “I get free rein on the social media front… it helps that I’ve been involved in car audio retail since I was 16.”

Carranza goes over his overall strategy as a success story. “I use TikTok for the page views. I try to link my TikTok account to my Instagram account and YouTube account whenever I can. All three platforms have similar video content. TikTok is the teaser; on YouTube, I can go into more depth. But we have been finding that the biggest number of sales leads come from Instagram on people who originally found out about us on TikTok. Someone will see something on TikTok, I’ll have more photos and videos on Instagram, and then that’s where people DM (direct message) me for more information. When it all works, it all comes together so well. You get customers reaching out to you for a similar service to something you just did. The installers are familiar with it and geared up. It lets potential customers know about a service they never thought about or thought was possible.”

It also allows Carranza and Audio Systems to promote other categories such as motorcycle audio, truck customization, and even audio systems for kiddie ride-on vehicles such as Power Wheels.

Of course, there are those out there that might just not have the time or inclination to create content. Video content is tough to do when you are a small shop or owner-operator. Similar to Instagram, TikTok will sell you In-Feed native ads. There are options of adding website links and ‘order now’ buttons on the ad itself, which helps users to land on your store’s page. The usage of the ad can be traced by click-through rates, impressions, total views, video viewing time, and the engagements received.

Carranza has done a great job linking all the Audio Systems social media accounts to drive business to the store. But it was the viral TikTok video that opened the floodgates to a new, younger demographic. Then they migrated those who followed their TikTok account to also follow the store on Instagram, which leads to the most sales. We asked about other “mature” 12V categories on Instagram such as vehicle safety or ADAS. He notes: “Unusually, older people do find us on Instagram, but they’ll ask about customization and not about vehicle safety.”

Their social media strategy sure has helped during the time of COVID-19. “During the pandemic,” Carranza says, “we remained open for business. Some people have been waiting for an excuse like this to have the time to leave their car to have it worked on. And now that they are home, it allows them to customize their car when they don’t need to use it. We also want to thank everyone who contributes to our business, because without you guys [the customers], we are just sitting ducks! Our work is good, we provide a great service, and we help our customers instead of stealing and taking their money. Too often I hear from my young TikTok customers, ‘I got a great deal on a system,’ but then they come to us because it doesn’t work.”

Carranza knows that some of these customers had their original exposure to Audio Systems from TikTok clips. This new brand of social media marketing shows Generation Z who the local experts are. This type of marketing can be priceless to obtain  – and retain –  customers for life.