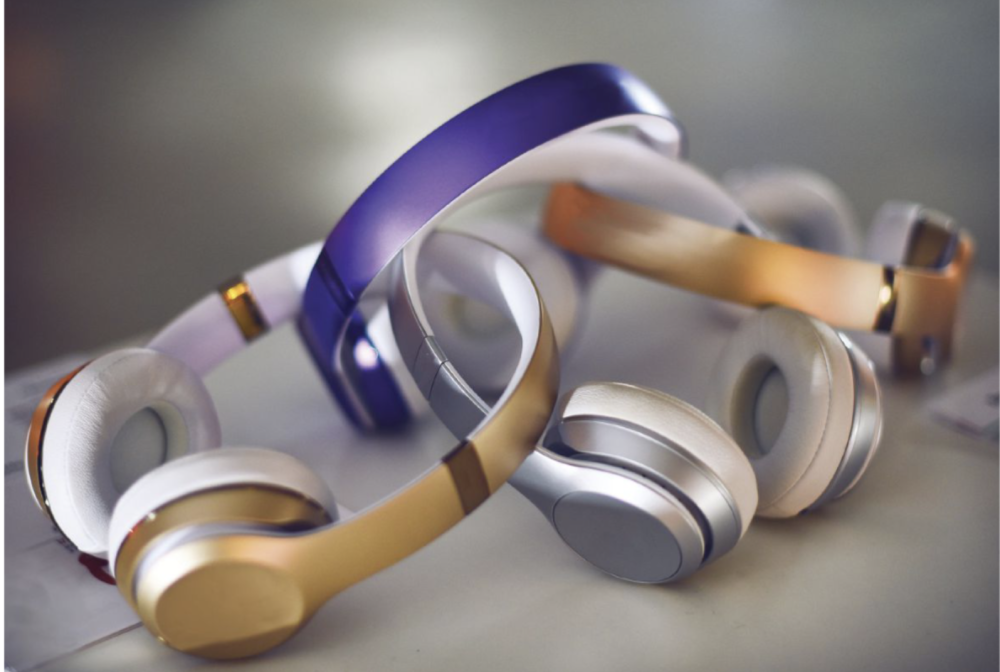 Headphones in all their formats are perennial best-sellers for the holidays – and in fact, all year round. But what types are really making ears by the thousands perk up and pay attention, heading into 2020?

Retailers who take this important category very seriously were canvassed for this article on which trends, designs, and use factors are wielding the most influence at the cash register. For the Southern California-based A/V specialty retailer Video and Audio Center, narrow scope of brands whose full lines are available is the master plan that has been successfully employed year in and year out. “Headphones are a very important category for us,” said Tom Campbell, the retailer’s chief technologist, and corporate director. A crucial strategy that informed the retailer’s brand selection has been ensuring that the most popular headphone and earphone style permutations and feature sets were represented among each of these brands on the showroom floor.

“Listening to headphones is like enjoying a cup of coffee – everyone has different tastes,” notes Campbell. “Some people like more bass and some are focused on the highs. Higher frequencies tend to roll off as people get older, so they may prefer a brighter sound. So that’s why we love it when customers come in. They can’t differentiate those things over the Internet. They have to hear it for themselves.“In fact, our headphone sales are up over last year – but especially so, with ‘go anywhere’ technologies,” Campbell reports. And all of these brands are “on full display,” he says. “Some consumers want the option of both wired and wireless. But the biggest things now are sound, comfort and ergonomics” – the latter, for on-ear models, meaning one-touch control, where the listener just taps the earcup to change programming or volume.

For in-ear designs, Campbell said, true wireless in-ear models are hot – a fact corroborated across the board by all retailers polled. “Especially joggers and runners want them because they don’t fall out and are comfortable, and almost invisible,” Campbell says. All Video and Audio Centers feature headphones and earphones prominently – “you can’t miss them. They’re the first things you see. Headphones don’t hang vertically on the wall. They’re on nice tables with signage,” and on-ear models are plugged into servers so that consumers can select their preferred music genre to sample the caliber of audio quality. Their central location means people need to walk past them – and often, seeing leads to buying for customers who may not have come in for them but rather for soundbars or other audio solutions.

“Headphones have become so personal,” Campbell notes. “It used to be about who has the biggest headphone over the ear. Now it’s about the total experience. That’s what makes the category thrive – and headphone manufacturers ‘get it,’ and have evolved their designs. They are lighter, they look tamer, and they enable people to enjoy music while maintaining their privacy.”

At Pennsylvania retailer World Wide Stereo, according to CEO Bob Cole, “true wireless is dominating the category for the non-music lover.” He notes that, at present, “Apple leads with their technology that lets Bluetooth transmit to both ears rather than the pass-through that everyone else uses. This will change in the first quarter, but it is something no one else is talking about because it’s a big deal.” He says his tickets for headphones hover around $250-plus at the lower end and that high-end model sales run about $900-plus.

As for the display, says Cole, “we represent our key assortment of on-ear and over-ear at both our showrooms with demo models. In-ear is an issue, for obvious hygiene reasons.” His headphone deployment strategy includes both a concentrated area to push the category, but also, he says, “They are spread out throughout the store.” He relies heavily on his sales staff for their knowledge and power of persuasion to influence purchases in this category. “Customers buy what we tell them,” he says.

World Wide Stereo is also into trending headphone technologies, such as “audio sunglasses.” In fact, one of the company’s blog posts features a company associate wearing the Bose Frames audio sunglasses, which offer Bluetooth connectivity not just for music but also for Siri and Google Assistant voice control.

Nashville-based Electronic Express, says the store’s buyer, Simon Sedek, also carries audio sunglasses and notes that the form factor is expanding to other brands. “The benefit is that you don’t have to have the speakers in your ears, but near your ears.” A similar benefit is enjoyed with bone-conduction headphones, which Sedek says affords runners who wear them an advantage in that “they can hear their surroundings as well as listening to music.” He also says that this bone-conduction style of headphones is popular with factory workers in nearby auto plants who use them since they don’t violate OSHA safety guidelines.

Sedek, Cole, and Campbell all tout the success of true wireless styles – and Sedek pointed out that the true mark of their staying power versus last year when they first surfaced “and there wasn’t as much competition among brands” is that some brands now “are coming up with very aggressive pricing” in the $50 and $60 range.

Seek and Cole also made a point of citing the growing popularity of Alexa and Google Assistant-compatible models.

Headphones’ looks, at least for these retailers, are not the same make-or-break selling feature that they used to be not very long ago. Says Sedek, “They are not the statement product they were with some brands. People are looking more for the quality rather than the statement, and price-points are going up.” For Electronic Express, he said, sweet spots for true wireless designs center around the $100 to $129 price points, selling right along with the aforementioned aggressively priced models. In headphones with noise cancellation as a signature feature, he added, some major brands are offering choices from $149 to $200 – a price range that is tracking lower than last year. But he said he expects that voice-control-appointed models, in general, will command higher tickets. And headphones with niche applications – such as those designed to rest on the shoulders and ring the neck area – also have their following.

“We are seeing a resurgence in an increase in sales of headphones this year,” Sedek says. “There really are two types of customers: the one who listens to music quietly with acceptable quality and the other, who is willing to invest to get better sound.” For both those demographic segments, Electronic Express provides a wide choice, but with a pricing cap of around $500.

The key for these retailers, when all is said and done, is their ability to read their unique markets and then serve up just the right SKUs for where their customers play – which, as it turns out, is the secret sauce to all successful retailing.