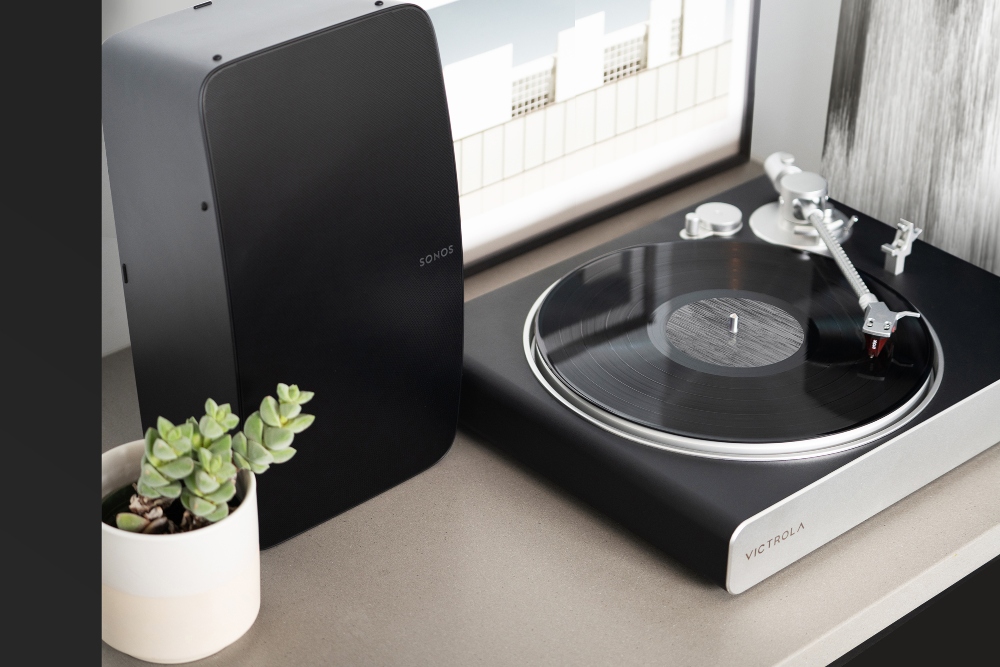 Victrola has unveiled the Victrola Stream turntable line, which brings a wireless vinyl experience to music lovers with Sonos in their homes. The Victrola Stream lineup requires no additional equipment for connecting to a Sonos ecosystem. The flagship Victrola Stream Carbon is available for pre-order now in the United States, with additional markets to follow.

After a setup process via a Victrola Stream app, users can control their VictrolaStream turntable from the Sonos app or with an illuminated control knob. With this turntable, listeners will be able to send and control the volume of music from a record to any Sonos speaker in their home, just like with digital music on their Sonos system.

“We spend a lot of time with our consumers trying to understand how and why they like to listen to music the way they do. We discovered a massive number of Sonos system owners were also active vinyl listeners. Even more importantly, consumers told us they would listen to music even more if they could play their favorite records through their Sonos system, using their Sonos app,” said Scott Hagen, CEO of Victrola in a press release put out by the company. “It was with this in mind that led us to working with team members at Sonos on a multi-year journey that ultimately resulted in the coolest music product I’ve ever had the opportunity to help bring to market. We are proud of how easy to setup and use the Victrola StreamCarbon is, but we are even more proud of the reaction we see when someone listens to records with friends or family through their Sonos system.”