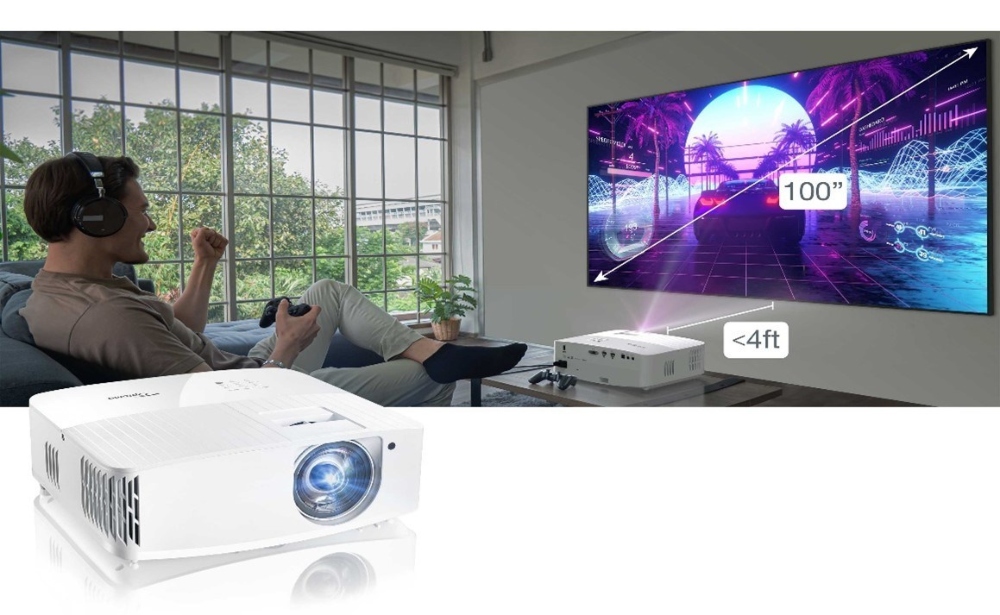 Optima has announced the arrival of the Optoma UHD35STx, which the company describes as “a short throw, low latency, true 4K UHD home entertainment and gaming projector.”

The product follows Optoma’s earlier UHD35, and a “step up” from the GT1080HDRx.

“The Optoma UHD35STx delivers a 0.5:1 short throw alternative while integrating all the features of the UHD35 – including high brightness, razor sharp image quality, and ultra-low input lag,” the company said in its press release. “With the short throw lens, consumers can enjoy up to 100-inch images from less than four feet away from the screen, allowing for optimal big-screen viewing and easy set-up in a variety of home settings from smaller gaming rooms to apartments.

Gizmodo described the product as “a real bargain if you’re looking to ditch your TV for a projector,” as the UHD35STx sells for much less than short-throw 4K projectors typically do.

“Unlike most projectors, including ones used in movie theaters, which need to be placed at the back of a room to create a sizeable screen, short throw projectors use a special (and often expensive) lens that can project a large image from a short distance away from a screen,” that site said. “Pricier options can create a 100-inch projection (or larger) from just a few inches away, but the new Optoma UHD35STx dials that back a bit with a 0.5:1 throw ratio so it can create a 100-inch image from a distance of about four feet away.”