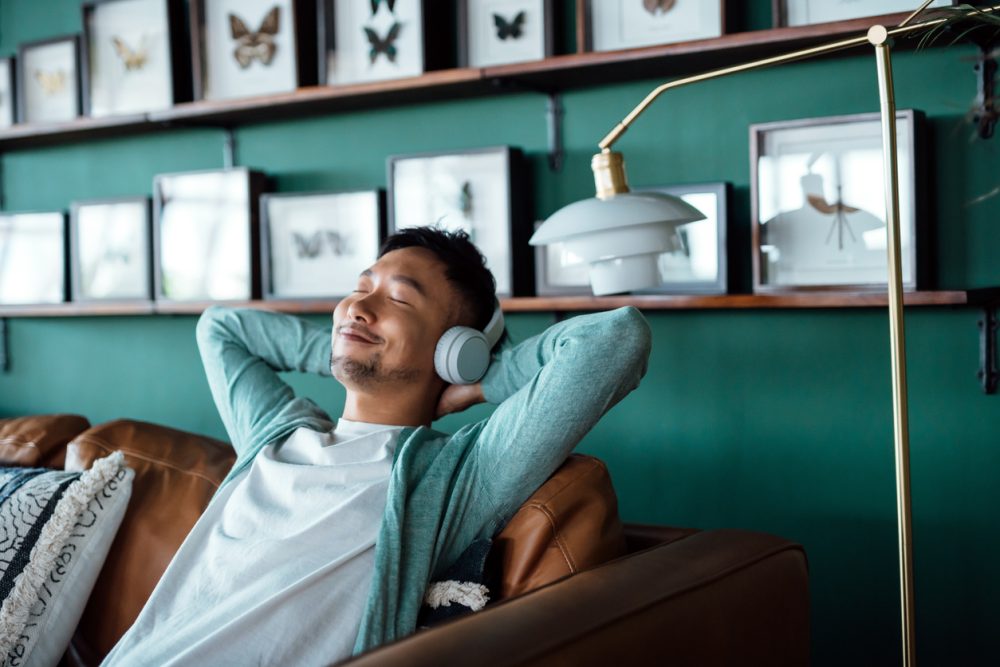 Whether it’s coming from a wireless speaker, a home theater setup, or even a wearable device, good sound is more important than ever. And there are also more places than ever to get it, in different ways, to high-end to low-end to everything in between. Here are some of the year’s best and most notable audio products, from such names as Bose, Bang & Olufsen, Klipsch, KEF, Sennheiser and many more.

Featuring Dolby Atmos and proprietary Bose TrueSpace technology, the Smart Soundbar 600 has Wi-Fi, Bluetooth and Chromecast functionality built in. It offers a compact size, and five transducers to produce sound, even in the absence of speakers. Introduced in early October, the Soundbar 600 works with both Spotify Connect and Apple AirPlay 2. The soundbar, Bose says, “elevates movies, TV and music by precisely placing dialogue and vocals, sound effects and instruments to the left, right and even up above — ensuring no matter what you’re watching or listening to, the sound is astonishing.”

The highest of high-end soundbars, Bang & Olufsen’s Beosound Theatre offers no fewer than 12 speaker drivers, along with 800 watts of amplification power. The product is meant to both “unleash the full potential of streaming services,” and deliver a theater-like experience. For this 7.1-channel soundbar, B&O touts “all the power, clarity and immersion of a multi-speaker setup.” It is also meant to work, specifically, with LG TVs.

The latest fruit of the partnership between Klipsch and McLaren Racing, the portable Bluetooth speaker features a 3.5mm input in addition to its Bluetooth capabilities. A special edition of the existing Klipsch Groove speaker, it also offers a fast-charging and rechargeable Lithium battery and can remember up to eight previous devices. The McLaren Edition features McLaren’s signature look, a Papaya Orange color. Klipsch is the official headphone and portable audio partner of McLaren’s Formula 1 team.

The latest over-ear headphones featuring Sennheiser’s Signature Sound, the Momentum 4 headphones arrived on the market in August as the first new edition of the product in six years. The company touts “best-in-class sound, advanced Adaptive Noise Cancellation and an all-new design offering exceptional comfort.” They also boast 60 hours of battery life, among other features.

The latest high-end speakers model from KEF arrived earlier this year, and the “Meta” stands for the company’s Metamaterial Absorption Technology. The speakers, more than a decade in the works, feature KEF’s Single Apparent Source technology which, the company says, “aims to achieve the acoustic ideal of a point source, where low, mid and high frequencies radiate from one point.”

Another soundbar new this year is this one from Samsung, which boasts of being the world’s first built-in wireless Dolby Atmos connection. Sporting both Dolby Atmos and DTS:X technologies, this soundbar offers 11 channels, one subwoofer and four up-firing channels. It’s part of Samsung’s Q Series, and the company touts “perfectly synchronized audio that uses every speaker in compatible Samsung TV and soundbars.”

Introduced back in September, the latest subwoofer from Sonos offers what the company describes as a “curvy” design. Available in matte black and white colors, the Sub Mini has its ability to boost bass as a key selling point. The product, which arrived in early October as the latest component of Sonos’ home theater lineup, is able to pair with the likes of Beam, Ray, One and One SL.

JBL’s latest portable Bluetooth speaker is the successor to the earlier Flip 5, and arrived in late 2021, described by the company as a “two-way” speaker system. Waterproof and dustproof, it comes in a variety of colors, including Dusty Pink, Grey Stone, River Teal, Fiesta Red, Ocean Blue, Midnight Black, Steel White, Forest Green and Squad. The speaker is touted as offering 12 hours on single charge.