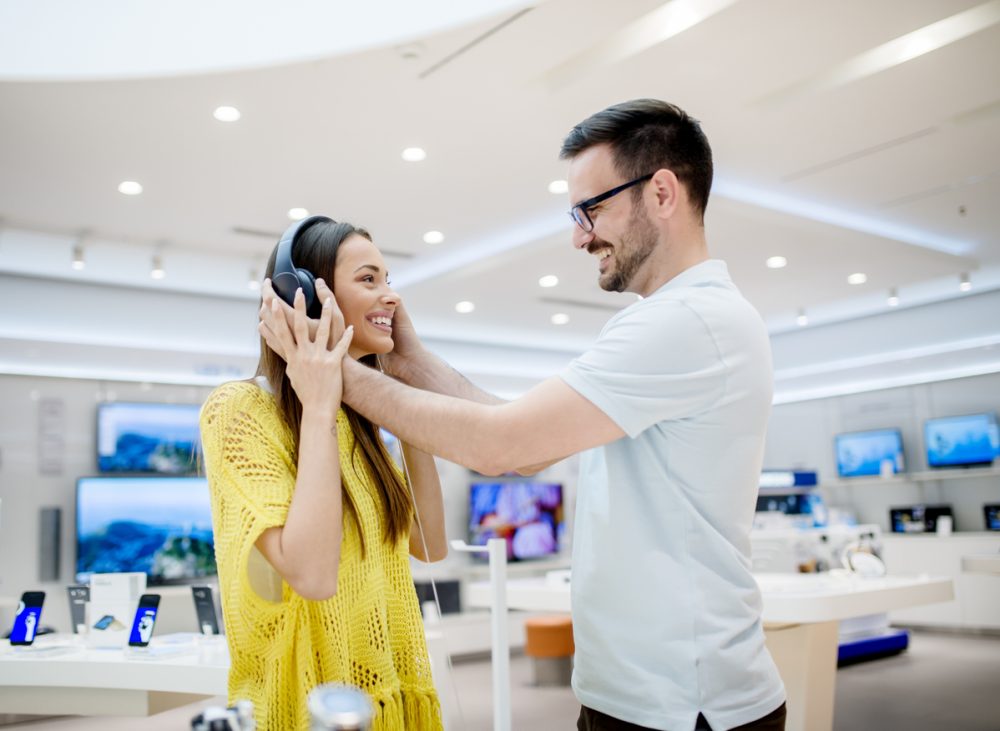 The consumer electronics industry is extremely diverse, featuring health and wellness wearables to portable EV chargers and everything in between. The products that CE retailers carry in their stores should be just as unique as the market they represent. Our list of the top new products to carry in stores this fall features releases from some of the industry’s heavy hitters, as well as a few potentially overlooked products, which provide innovative solutions to some of this season’s pertinent challenges.

The Sense 2 — which is the second generation of Fitbit’s Sense wearable that debuted back in 2020 — adds new sensors and Google compatibility on a lighter and thinner interface. Foremost among the gadget’s new additions is the continuous electrodermal activity (cEDA) sensor, which is designed to track the wearer’s stress levels over the course of a day. Also new to the gadget is the incorporation of health monitoring sensors into the device’s display using vaporized electrodes. The revamped Tile interface is a major UI upgrade, and the Sense 2 will be compatible with Google Maps and Google Wallet, though a timeline for the implementation of these features has yet to be released.

Standing roughly four feet tall, the PSB T800 Loudspeaker is the standard bearer for the company’s new Synchrony line of high-end audio equipment. Designed in celebration of PSB’s 50th anniversary, the T800 has a five-way transitional array with three 8-in. woofers and a 5.25-in. midrange driver, all of which are made out of cast baskets and woven carbon fiber cones. Completing the five-way transitional array is the 1-in. titanium dome tweeter. Though the T800 is targeted at the high-end consumer, it is a piece of equipment worth having on your radar.

Designed to perfectly match the curvature of the human eye with a 1000R curved gaming screen, the Odyssey Ark from Samsung is the largest gaming monitor of its kind at 55 inches. The device features display rates of 165Hz and has a unique ‘Cockpit Mode’ to fully immerse the user — peripheral vision and all — into the screen. The Odyssey Ark also features Samsung’s Matte Display and Sound Dome Technology to give users the company’s best cinematic experience.

Any new product release from Sennheiser is worth paying attention to due to the company’s outstanding pedigree in hi-fi audio. The MOMENTUM 4 Wireless over-ear headphones, which went on the market this past August, include Adaptive Noise Cancellation and a slew of other features, such as Transparency Mode, Built-in EQ and Sound Personalization. The headphones have an outstanding 60 hours of battery life and are powered by a 42mm transducer, which allows for crisp signal conversion.

Samsung has long made sustainability a key pillar of product development, and the new Bespoke AI Washer continues with that mold. The AI Ecobubble feature — which turns detergent into bubbles that are rapidly absorbed into clothes — can reduce washer energy usage by up to 70 percent. The Bespoke AI Washer also includes a larger drum with an 11-kilogram capacity while retaining the device’s traditional external dimensions.

Compatible with any model of EV, the J+ BOOSTER 2 portable EV charger plugs into any 6-40 amp, 120-volt or 240-volt electrical outlet and can charge a battery in four to six hours depending on the size of the battery pack. The J+ BOOSTER 2 is built to be taken on the road and to withstand the elements. It features an in-cable control box made out of military-grade aluminum that can handle a load of 6,600 pounds and temperatures as low as -22 degrees.

LG, in partnership with Meridian Audio, has released its 2022 lineup of Tone Free wireless earbuds. Headlined by the T90, the new product line features a charging case, which utilizes UV-C light to kill 99.9 percent of bacteria on the headphones in just 10 minutes. It also features Dolby 360 audio, which gives the earbuds the capability to recalibrate sounds as the user moves their head. The earbuds will be available in the U.S. starting in September.

Earlier this Summer, LG announced the release of its new CineBeam projectors: The HU915QE and the HU915QB. The UST projectors can broadcast 90-in. images in 4K quality from just 2.2 inches from the wall and 120-inch wide images from a meager 7.2 inches from the wall. The devices also offer AirPlay 2 support, Bluetooth and screen mirroring. The HU915QE is going for a hefty $6,000, while the more advanced HU915QB is going for an even loftier $6,500.