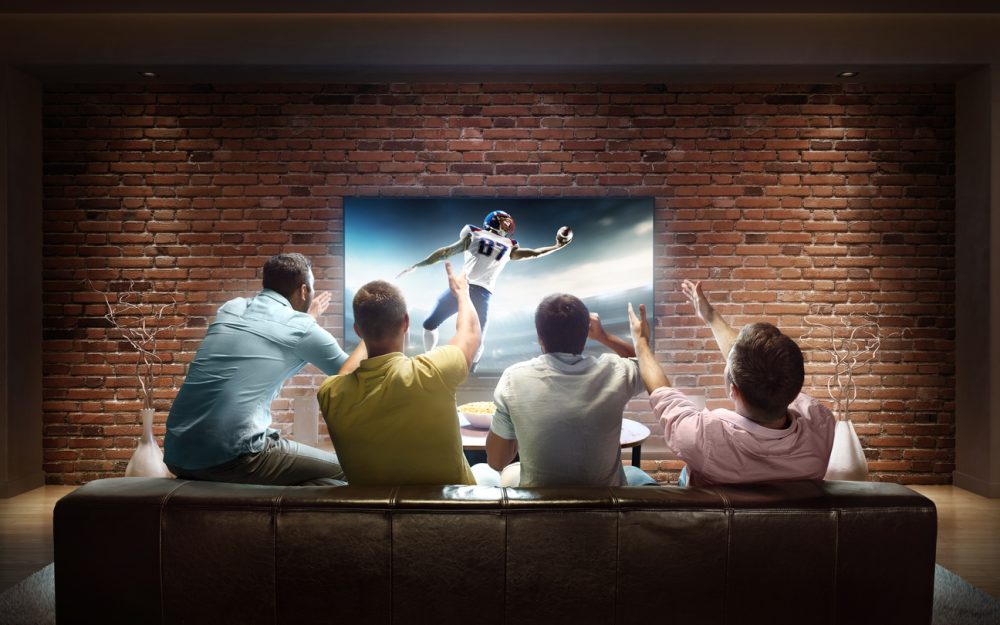 The turn of the calendar year signals many things; for the consumer electronics industry, it’s the end of one important buying period and the start of the next. As we transition from the holiday season into Super Bowl season, retailers see what is sometimes called “a second Black Friday,” explained Michael Felice, associate partner at global strategy and management consultancy Kearney. For TV retailers, historically it’s a great time: As is the case with the auto industry, there are new models of television sets coming out all the time, and the lead up to the Super Bowl sales is an opportunity for those manufacturers to clear out their old supply to make room for new models. This at a time when there’s high demand from consumers who want to host the game: Felice pointed out that January typically sees a 30 percent increase in TV sales over the rest of the year—making up 15 to 20 percent of total television sales for the year, much more than any other single month in the market.

For guidance on what to expect in 2023, Felice pointed to the benefits and challenges retailers have seen over the past few years of pandemic uncertainty. On the positive side, he points out that low interest rates set the stage for retailers to offer great financing deals—some with 0 percent APR—driving shoppers into new categories such as OLEDs, smart televisions and others. During the same period, however, retailers have faced constraints on chip shortages, leading to inventories that weren’t as high as they had been pre-pandemic. Other tradeoffs included higher sales to homebound people during the pandemic—who planned to watch the Super Bowl in their own living room—versus going out to group watching events.

“It will be interesting to see how TV retailers market Super Bowl viewing this year, coming up against people wanting to get out and experience it,” Felice said. “We’re seeing a steep rise in spend on experiential activities for people seeking interaction coming out of the pandemic.” So, while he expects there to be some discounts, particularly on promotional bundling, he doesn’t believe we’ll see the level of discounting this year that we’ve seen in the past.

On that last point, Felice predicts we’ll see more of the new “bundle packaging” mechanism in TV sales promotions—due in part to the saturation we’ve started to see in the streaming wars, which have hit some of the production studios quite hard. “While Netflix, Amazon Prime are stable apart from television, HBO Max, Disney Plus and Paramount are all competing for that space—so we will likely see more bundle packaging,” he said. “New promotional mechanisms, such as ‘buy the television, get X amount of streaming use,’ are emerging.” Indeed, in trying to drive more consumer spending to convert on one big sale, we’re seeing the trend of wanting to get more interaction beyond the one-time purchase of the TV set.

Along these lines, Felice believes that integration with aggregators of content—Fire, Google TV, Roku, etc.—will remain on an upward trend, transitioning “the disaggregation of content into the rebundling of it.” He put it succinctly: “Interaction is the new transaction, and bundling is the new consumer experience.” That is to say, if you don’t partner with Sony and Roku and Netflix, you’re not touching the consumer at enough points to maintain their business. “For retailers going into Super Bowl season, this will mean forging these partnerships ahead of time, and being ready to transact come early 2023.”

As for supply chain issues? Felice expects that there will be some difficulties keeping OLEDs in stock because of the chip shortages: OLEDs are very sophisticated, and manufacturers often can’t substitute other parts in them. “So we may see some of the top-end televisions hovering, price-wise, and not being as promotional or discounted. It’s also going to be more challenging on the financing end, given inflation and the pressure on the consumer wallet, for retailers to come up with creative ways to push the product.”

As we head into the new year, here are some sets to look out for sales on come Super Bowl season — great for watching the big game, and much, much more.