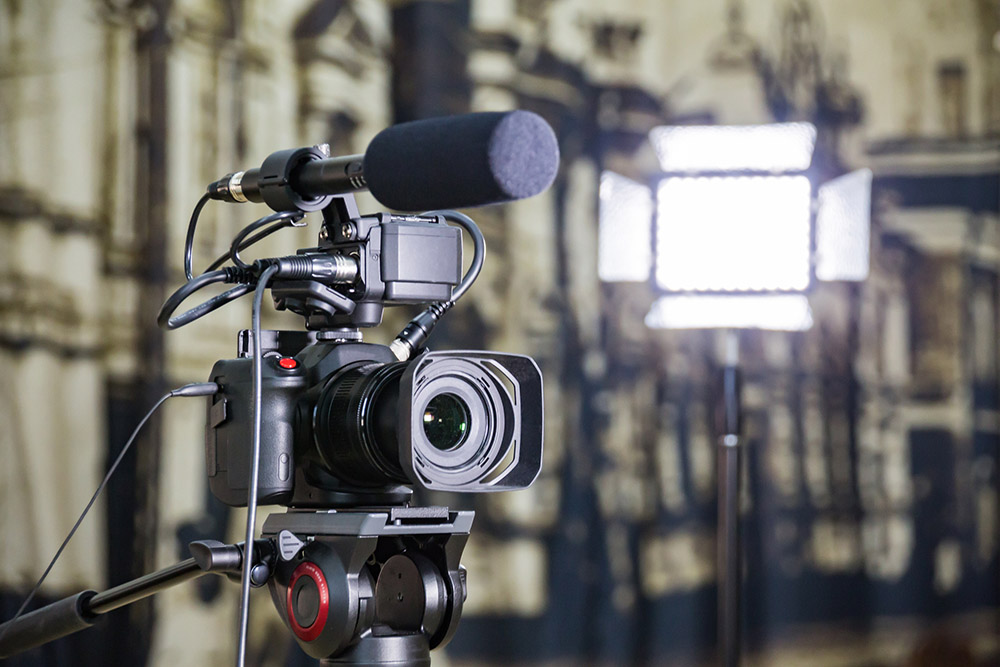 Pictures used to be the main attraction on social media, but due to the growth and popularity of videos, pictures are becoming less of a priority. Now the famous picture-sharing social media app, Instagram, has moved on to promoting Reels to its users. Some people welcomed the change, but creators had to become familiar with making video content. Not everyone knows what is needed when it comes to video content, but that’s where I step in. Having a background in videography and working with social media, I can advise on what tools are helpful when creating this content.

Make sure that your phone can handle recording high-quality video and having the app you’re recording on open. Sometimes phones can’t handle apps that require a lot of power, causing users to have issues with the app freezing while they record. Smartphones like the iPhone, Samsung Galaxy series and Google Pixel are known for their amazing camera quality and nighttime photography. If your phone isn’t the best choice, I recommend using a DSLR camera because these types of cameras are built for recording video and can still take high-quality photos. A great feature of DSLR cameras is you can record as many times as you want without having to cut your recording short and start over.

Depending on the SD card you buy, you have more storage space on a camera. I recommend SD cards that have 32GB if you are more focused on pictures, and if you want to record more video 64GB is a better fit. Some DSLR cameras even have Wi-Fi sharing capabilities that allow the user to send photos directly to the cloud or online drive. I recommend that for people who are not by their computer often and need to get their photos or videos up quickly. For people with more time, they can choose a camera without this feature, but they need to make sure they buy an SD card reader for their laptop or computer if they don’t have an SD card slot built-in.

When recording on a camera, users have more freedom to edit their videos with certain effects that aren’t on social media apps. While Instagram Reels and Tiktok have editing options available, the small list of transitions and effects isn’t the best option, because they are basic edits that don’t catch viewers’ attention. Whether you have a phone or camera you should have a green screen when filming for social media, because Tiktok has preset green screen backgrounds like the ones used in Zoom. Using a green screen while filming makes it easier for the app’s software to apply the virtual background smoothly. Although the background won’t look as realistic as a professionally edited one, it gets the point across and is good for more comical videos. If you want more professional videos for your social media page, then a green screen and video editing software will be needed. Tutorials on YouTube and Tiktok can guide users on how to do certain effects with editing software.

When recording a video, it’s hard to keep the video steady if you’re using your hands to support the camera. Holding a camera steady is an arm workout, and my arms have gotten sore from holding my camera for too long. Phone and camera tripods are useful for getting those nice shots without having to sacrifice your arms, so it’s best to get a tripod that can support the weight of your phone or camera.

One thing people forget to check for is the size of the tripod and if it can properly fit your phone or camera. Make sure that your tripod can hold your device so you can achieve a nice aerial angle if you’re trying to show off a product. If you want to record the subject while moving, having a gimbal will keep the camera balanced and steady while you move around. If this causes there to be any shadows covering the main object of the video, it would be helpful to have an extra light source. This can be in the form of an LED light panel, a phone light or a flashlight.

The Secret Weapon of Filming for Social Media

Lastly, the most helpful tool when filming for social media is a camera remote, which can be found on Amazon. This tool is only for those who are recording footage on their smartphone. I can’t count how many times I end up doing retakes when making Reels or TikToks. Shooting video is difficult without a team, and most videos on social media are self-made. Instead of rushing to pause the video recording while filming, users can pause recordings with a press of a button. This saves time when recording video because now users don’t have to pause the recording manually and edit out the parts where they walk up to pause the camera.

It’s best to record the footage you want as perfectly as possible to save time when editing. Now users can utilize the entire time limit they are given when recording on social media. Remember that social media is fast-paced and every second counts, so now you have the tools to leave the best impression possible.