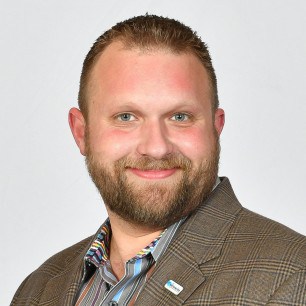 Where You Grew Up, Live Now: A long-time Georgian, now lives in Woodstock.

Accomplishments: My path to independent retail began in the shadow of my father, who served as GM of a family-owned furniture and bedding company for many years. Since my start following him around the store, I‘ve remained passionate about local and independent business. Early in my career, I held every position from warehouse worker to delivery driver, sales professional to department and store manager, and did so in both independent and national chain operations, affording a unique perspective on retail and leadership that was foundational in allowing me to assume and succeed in a variety of leadership and executive positions. My final stint in retail, as an executive team member of a regional independent retailer, introduced me to what became my passion – serving independents of all shapes and sizes across North America. After closing the book on my career as a retail executive, I joined the Nationwide PrimeMedia team in 2013.

Since joining NMG, I assumed responsibility for the group’s educational efforts, chartering the launch of the Nationwide Learning Academy in 2015. Today, the Nationwide Learning Academy awards over 350,000 certifications to front-line team members of NMG member companies, covering a range of topics including products and innovations, selling and communications skills, culture and team development, delivery and operation, and many more. Additionally, I oversaw the transformation of education at the independent channel’s premier convention and trade show, Nationwide’s twice-annual PrimeTime. Since the launch of the Academy at Primetime, attendance has grown nearly fivefold, now playing host to over 10,000 session attendees each year. In 2017, along with my mentor and the pioneer of educational offerings for independent dealers, Steve Bryant, I was honored to lead the first Nationwide Executive Leadership Summit, an event that has grown into a thrice-annual movement. These three-day, fully immersive events, hosted at the PrimeMedia studios near Atlanta, are custom designed for each audience, leverage the latest data and insights on effective leadership and team development, and have been attended by dozens of owners, executives, and key decision makers from many of the top companies in the independent channel. In addition to education, I’ve been an active leader of special projects for Nationwide, perhaps none more dynamic than the group’s response to the COVID-19 pandemic. Since March, I’ve led the project teams as we developed new capabilities never before necessary in the service arsenal of a buying, business services and marketing group. These efforts resulted in new support assets for NMG dealers, including HR and legal support to help navigate federal programs like the PPP and EIDL, governmental advocacy for essential business designation, and most recently, the group’s Back to Business hub – a unique and comprehensive tool to help dealers accelerate back to full strength in the new normal.

What I Like Best About My Job: Two things, really. A daily opportunity to be of service. I consider each opportunity I have to serve the needs of NMG members an honor.     Relationships, however, are my favorite part of my job, and are what make it most fulfilling. I’ve been privileged to develop close relationships with so many wonderful, talented and inspirational people across the channel and the industry, and I count many of these as not only colleagues, but as great friends.

What I like Least About My Job: It may sound cliché, but I can’t come up with a single thing I don’t love about my job!

Pastime/Hobby: Away from the office, I enjoy time with family more than anything! There’s nowhere quite as relaxing as the deck of a boat on the lake, so weekends and water go hand in hand.

My Hero, and Why: My father. He’s taught me what it means to be both a man and a leader, and he’s always been my biggest supporter and my most honest and constructive critic. The older I get, the more I treasure his wisdom and guidance.

Favorite CE Product: LG OLED. Sports – when they return – have never looked better. Especially my Volunteers on Saturdays in the fall. I think there’s something special in the OLED color spectrum that makes Tennessee Orange look just right!

If You Could be Anyplace Right Now, Where Would it Be and What Would You Be Doing?: Near the beach, on a boat, hanging with the family.