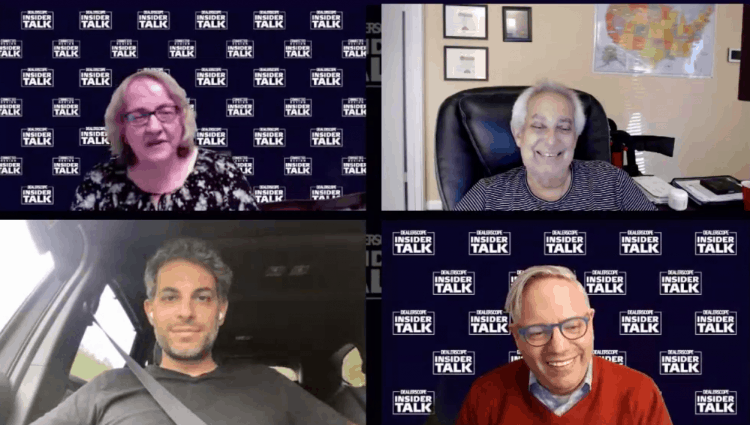 On last night’s episode of Insider Talk, Dealerscope’s Nancy Klosek and Tony Monteleone chatted with father-son duo Sal and Michael Irigoyen of Odyssey. The group discussed Odyssey’s 20-year history as a family-run business, the new and retro items they’ve been working on, and how they’ve always worked to keep innovation and uniqueness at their core.

President, Sal Irigoyen recalled the early days of Odyssey and how the 2000s marked such a pivotal time for the company. Sal recalls being approached by Home Shopping Network (HSN) ahead of their “Christmas in July” sale about a potential partnership. Sal had recently paid a visit to China, as he often did, and came back with some rather interesting finds. HSN jumped on the opportunity to get those toys in front of viewers, and they ended up being a huge hit. HSN was so impressed that they asked Odyssey to help out with their fourth quarter sales as well.

During those frequent trips overseas, Sal was always searching for products that were different than what the other guys were selling. Michael Irigoyen, Senior Vice-President of Sales can attest that his dad would bring home tons of different samples across many categories for him and his siblings (who are also a part of the company) to try out. One area in particular that Irigoyens collectively became interested in was technology—and they didn’t want to limit themselves to just toys.

“While toys will always remain central to who we are, we are widening our scope to a whole new slew of categories,” says Michael.

One of their new categories of health and wellness is particularly relevant during the COVID-19 pandemic. Odyssey’s Personal Air Purifier is a wearable device that creates and distributes negative ions around a person’s breathing space. When those negative ions come in contact with positively charge viruses and bacteria, like a magnet the two attach and then become too heavy to remain airborne. Michael also detailed a new UVC Sanitizing Bin that is able to disinfect a variety of items as well as a neck fan with a built-in Bluetooth speaker and a wireless charging note pad.

In addition to this collection of new items, Odyssey is also bringing it back with some retro audio. Their Bluetooth CD Player has updated capabilities as far as connectivity, but consumers are still able to use the old-school audio jack to plug in their headphones for a sense of nostalgia.

To add even more diversity to their lineup, Odyssey has even created a two-motor inflatable boat for $499. The motors last about two hours and just in case you end up in the middle of the lake with a dead battery, the boat comes with two oars to get you back to shore. Sal also said that they are currently working on an inflatable jetski in addition to many other products for 2020 and beyond.