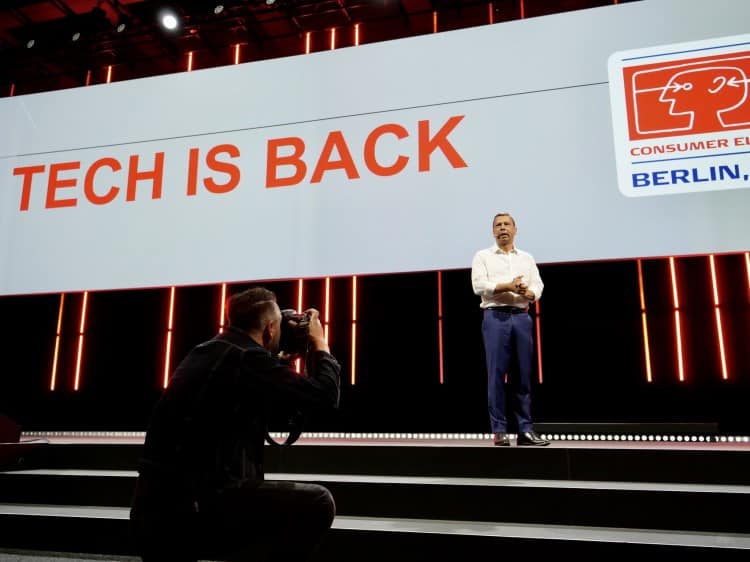 The closing presentation for IFA 2020 Special Edition began with Jens Heithecker expressing gratitude towards the entire IFA team, gfu, the attendees (both in-person and virtual), and everyone else that kept the event running in a clean and safe manner.

Due to the current circumstances, IFA 2020 was much smaller than previous years though it remained impactful. After going over the numbers, Heithecker revealed that Messe Berlin welcomed in 6,100 in-person attendees and 150 companies at the IFA Global Press Conference, IFA Next, SHIFT Mobility, and the IFA Business Lounges.

The virtual side of the show, IFA Xtended Space, ran smoothly and efficiently which was clear in the number of people that signed on. IFA received more than 78,000 registrations for Xtended space and had more than 262,000 online views. In addition to the 150 companies that exhibited in person, IFA Xtended Space tacked on an additional 1,300 virtual exhibitions.

“IFA Berlin 2020 Special Edition has been a success,” remarked Heithecker. “Of course, compared to any other year, the numbers were small. The journalists here in Berlin were in the hundreds. That’s because we kept the numbers down, well below the limit set by public health authorities. I was really pleased to see our health and safety concept in action.”

As the IFA team looks ahead to next year, they are prepared to return to normalcy and host IFA 2021 at full capacity. They also plan to host Berlin Photo Week in Messe Berlin a few days before to cater to a new category of technology pros. Heithecker was pleased to announce that more than 60% of exhibit space has already been booked for next year’s IFA.

“Never before have we had such a strong interest so early, so far ahead of the start of IFA,” says Heithecker. “This tells me our industry – the world of technology – needs IFA Berlin.”