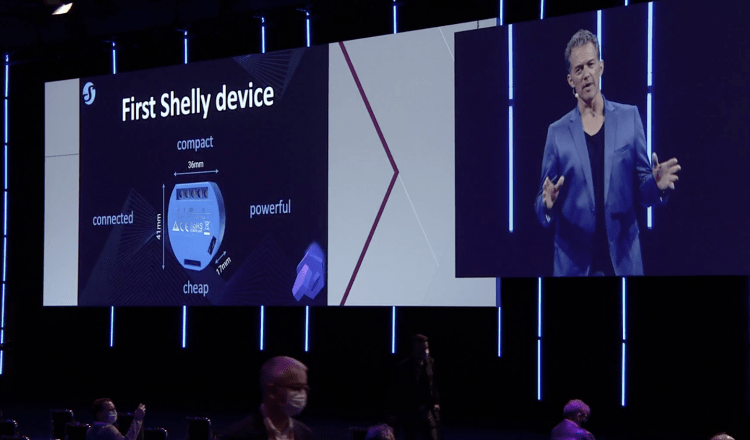 Allterco Robotics, maker of the Shelly device that makes any product in the home “smart” by using Wi-Fi, was at IFA 2020 Special Edition with the next iterations in its product development curve.

They follow on the heels of the original Shelly, a home automation system that  integrates with lamps and appliances, making them “smart” and controllable through a mobile phone.

The company is following up this product success, it says, with the introduction of the Shelly Motion new-generation Wi-Fi device. It features a smart motion sensor that can react to sunrise, sunset, light intensity and even mild vibrations in the home or environment.  It consumes so little battery power that no recharge is needed for a full year, says the company.  It is an ‘always connected’ Wi-Fi device, says the company, keeping its connection to the Internet with Silicon Labs’ Cortex M3 processor, and is capable of real-time response at the speed of 200 milliseconds, says the company. It also boasts ultra-low power consumption of less than 300 microamps even when connected 24/7.

Also shown at the press conference was the Plus line, due for introduction in 2021, the company spokesperson said. That line’s members will be all-in-one devices, including both actuator and sensor components.