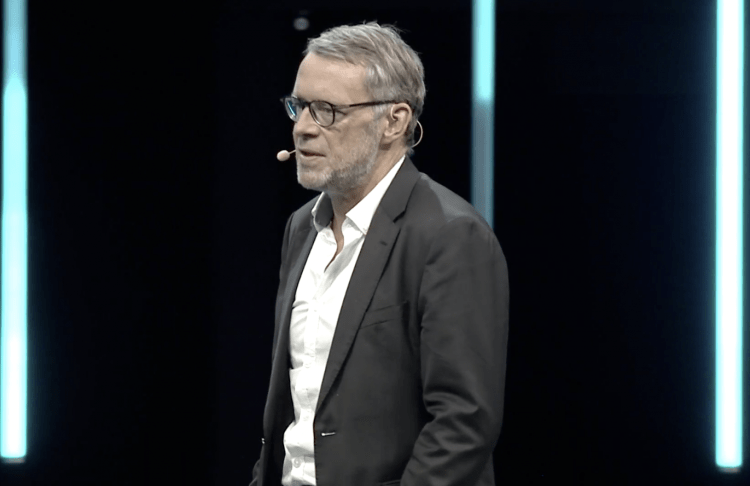 p>The coronavirus, it was clear during IFA 2020 Special Edition, hasn’t done anything to stanch innovation at TCL, which featured some unique introductions for markets outside the U.S. (for now). There were also displays of some noteworthy concept products during the hybrid Berlin-held and virtual show this week – along with the unveiling of a new Gen-2 chip engine for its TVs.

The introductions, hosted by TCL Europe’s Frederic Langin, vice president of sales and marketing, were made under a strategic banner of ‘Display Greatness’ – AIxIoT (Artificial Intelligence times the Internet of Things)– underscored by the themes of Connection, Display and Interaction.

The processor, the AiPQ Engine Gen 2, is driven by machine-learning algorithms matched with human visual perception data, and will enable what the company says is the full potential of TCL’s big-screen TVs with real-time A/V optimization according to various entertainment content genres and ambient watching environments.

The tablets, to be made available in select global regions in Q4, include a pair of 10 Series products: TCL 10 TABMAX and TCL 10 TABMID.

The 10 TABMAX provides a 10.36-inch FHD+ display, 8.3mm narrow bezels and widescreen layout. Its TCL Stylus works just like a pencil on paper.  It can also handle video calls, and uses a dual-microphone system that picks up voice while adding a noise reduction feature. It further features an 8MP front camera.

The TCL 10 TABMAX also offers intelligent eye protection with no flicker and no harmful blue light. It will also signal an alarm if the viewer is within 25cm from the screen, encouraging more distance for eye protection. Parents can also leverage a Kids Mode to set up a kid-friendly UI and parental controls for added protection.

The TCL 10 TABMID offers a lighter, sleeker design at 8.5mm thick; it has an 8-inch FHD IPS display and also reduces blue light.

A third product features TCL’s newest display technology – NXTPAPER – which TCL says will yield performance with “zero eye strain.” The anti-glare display is optimized for learning and reading, and provides what TCL calls a “paper-like visual experience;” it is 65 percent more power-efficient than any LCD display, said Langin.

Jefferson Li, GM of the TCL Tablet Product Line remarked in the announcement statement that NXTPAPER “combined with our first TCL-branded 10 Series tablets, shows how our company continues to provide innovative tablets that meet modern-day demands at a variety of price points. This is even more true now given the current pandemic sweeping the globe and with so many individuals being displaced from traditional office or classroom environments needing powerful, adaptable tablets that allow them to stay productive from anywhere.”

TCL further showed off a number of other products and technology concepts. One especially interesting one was a watch designed for seniors, which includes a heart monitor, simplified two-way calling, fall detection, and a 24/7 SOS button. These are also slated for introduction in certain regions in Q4, according to the company.