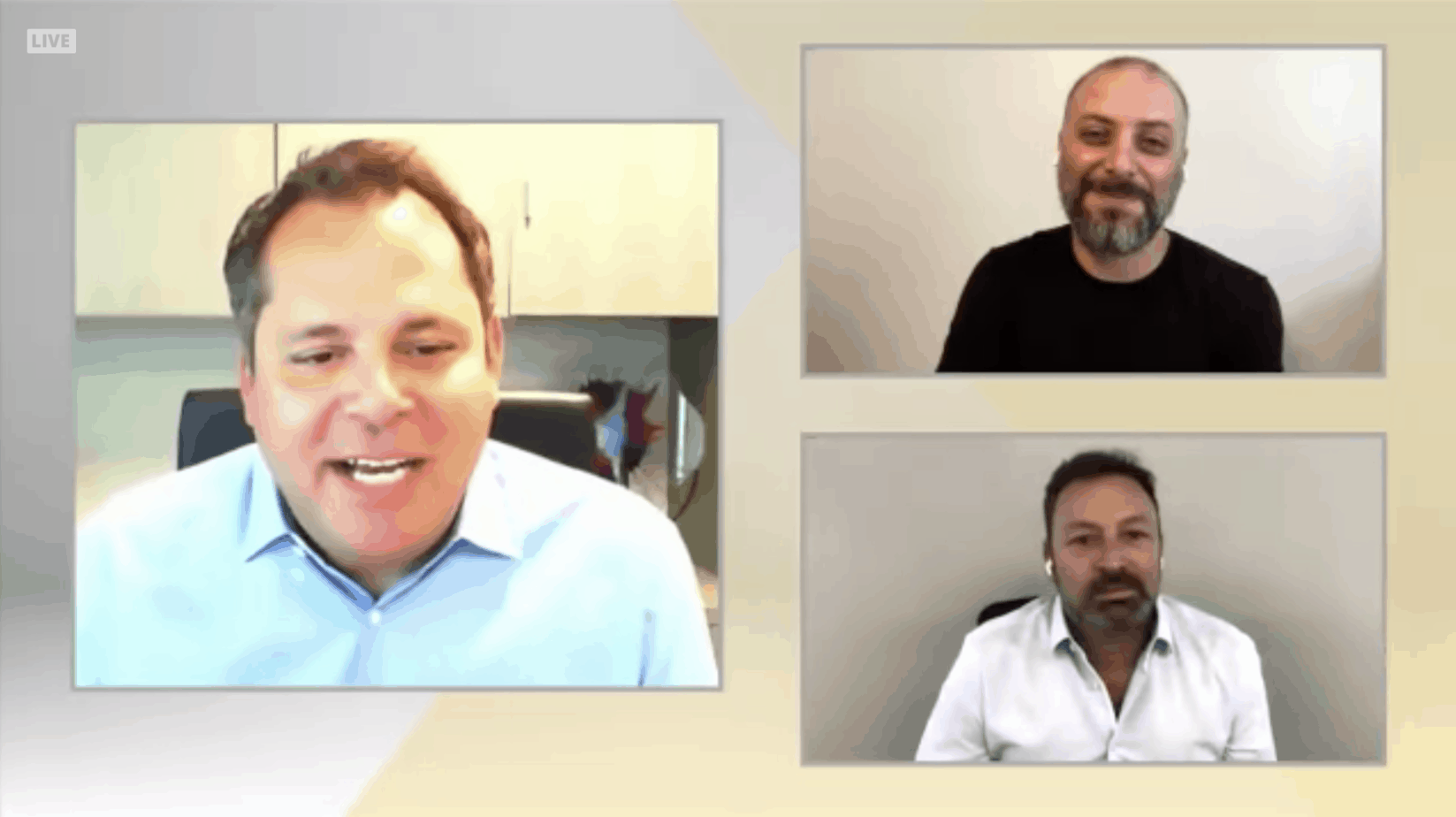 A Crestron NEXT panel event during CEDIA Expo Virtual this week gave two integrators of different stripes and different business sizes who are signed on with the latest iteration of the Crestron Home platform a voice to tell how and why that particular ecosystem serves them both so well.

The panel was moderated by Crestron VP/Residential John Clancy and guests were Al Reinhard, principal of Florida-based AHT Global, a large-scale installation firm serving the Florida, Pennsylvania, New York and Los Angeles markets as well as the German market with marine products  – who came onboard recently with Crestron Home, and Mosey Levy, principal of the Brooklyn, N.Y.-based integrated solutions company Backstage AV, who took it on early in its evolutionary curve.

Crestron Home “helps us make better use of our resources,” said Levy, who said he is enabled by Crestron Home to complete an average of 40 projects a year. Said Reinhard, “It gets us to the finish line much quicker – it improves cash flow and is a time-saver.”

Clancy corroborated both integrators’ praise for the time-saving element of Crestron Home with an anecdote about a programmer who normally finishes a dozen projects a year and who, with Crestron Home, was able to deliver nine projects in just two months. “It’s changing his business,” Clancy said.

Up for discussion was whether Crestron Home is a panacea for every project. “Some systems still need to be custom,” Levy offered. “But it happens to fit for every job we do, and ours range from $60K to $600K.”  Levy, later in the discussion, added, “Yes, it’s a closed-box [system], but it will do 95 percent of what [your clients] need it to do.”  “It does closer to 99 percent of what they need,” said Reinhard.

Levy pointed to a clear advantage: there’s no need for an on-staff programmer, and that his best practices with Crestron Home include trying to use the same devices on every project, and as much Crestron hardware as possible. “You should have a template of how you’re going to implement each and every job,” Reinhard said. ”A good tech can do it, but only if he’s properly trained up ahead of time.”

Both integrators were agreed that the multiple evolutions of Crestron Home since its inception have been a plus. “It’s nice to have new features added to the systems, and to let clients know about them as well and that they’re reasonable in price… This platform evolves with easily added upgrades,” said Reinhard. “Previous to this, systems were frozen in time. Not now,” Levy said, citing the positive of being able to alert clients when hardware upgrades become available. He also noted that the system’s evolution makes service contracts a more appealing client purchase for when updates do come along.

Reinhard, whose project roster often includes automating multiple residences for a single client, lauded the fact that the Crestron Home ecosystem offers “a unified experience, especially if a client has several homes. It’s a predictable experience, time and time again.”

As for what particular features make Crestron Home an especially appealing choice for clients, Levy cites the iOS app. “It helps me sell the system through iPad demos for the client – or they link to the app in demo mode” – and it sells them on it. “It helps them to dive in and play with it.” Reinhard says the Quick Actions feature is impressive when showing off Crestron Home to a client in the decision phase of the conversation. “It’s easy-to-touch buttons that each make a whole set of things happen. It’s a way… to impress them.”

Most powerful as a recommending feature of the Crestron Home platform, Reinhard said, is the time-saving it affords him. “It lets us quickly implement and take that time and use it on our business.” Said Levy, “three things: the speed of it really wows customers. We can VPN in to make changes with confidence. And you spend a lot less time in Windows and more in Mac [OS].”

In response to a question offered during the Q-and-A session that followed the panel, Reinhard summed up his view of the value of Crestron Home: “It is repeatable and predictable.”

Added Levy: “I’ve been with Crestron for over 10 years, and have never seen this much weight being put behind a system. It’s the future of Crestron.”