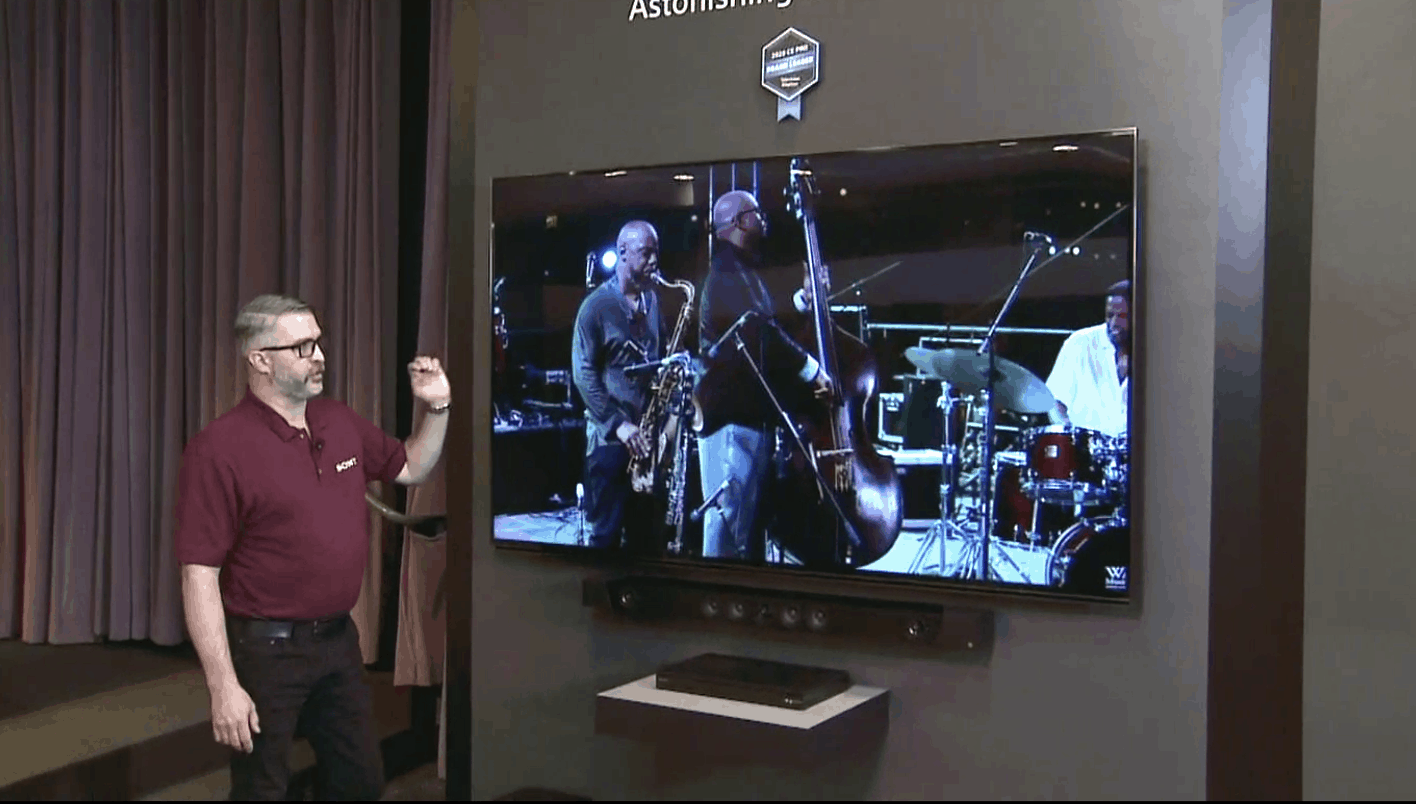 Following are some highlights from the hourlong presentation hosted by CI technical/sales specialist Jayson Savage:

In 8K TVs – XBR-85Z8H, an 85-inch 8K HDR model with Sony’s X1 Ultimate processor, full-array local dimming and X-wide-angle panel; has the ability to upscale content to 8K; its audio can function as a center channel or feed into a Dolby Atmos soundbar.

In 4K OLED TVs – the Master Series XBR-48A9S, an OLED model designed to bring OLED technology into moderately sized cabinetry; and the 65-inch XBR-65A8H OLED – not part of the Master Series and without the center-channel speaker mode.

In LED TVs – the XBR-65X900H – an LED TV optimized for next-generation gaming consoles (PlayStation 5 ready). It is also uniquely endowed with and ATSC 3.0 tuner for future-broadcast readiness.

A range of new projectors (described in detail in an earlier Dealerscope article), including the VPL-GTZ380 flagship native 4K projector.