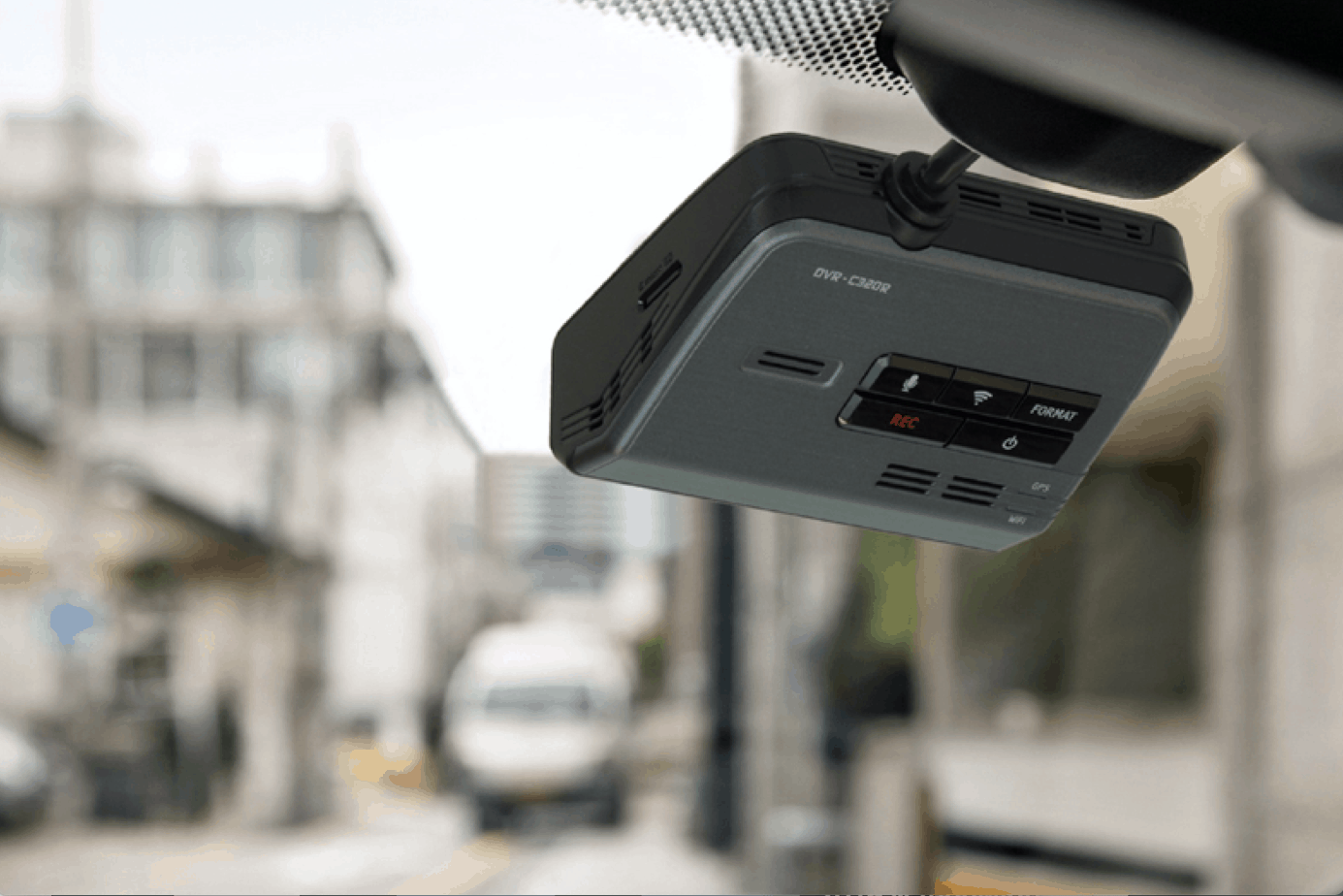 Alpine Electronics is now shipping the DVR-C310R and DVR-C320R premium dash camera systems. The company says that the new camera systems offer high-quality image acquisition both inside and outside the vehicle for applications such as recording of accident footage, internal cabin monitoring and license plate capture.

While dash cameras have historically occupied a space in the rideshare industry, Alpine, according to the announcement, recognized an opportunity in the drive assist category for customers who were looking to protect their vehicle and those inside it.

Featuring Wide Dynamic Range (WDR) technology, the dash cameras automatically adjust the exposure and white balance during sudden changes to the light so whether the driver is in high sunlight or backing out of a garage, the image will be captured, the company says.

The DVR-C310R attaches to a universal mounting bracket for easy installation on the dash, while the DVR-C320R (shown) mounts directly to the inside of the windshield. Both cameras include a secondary camera that can be mounted inside the cabin for internal cabin monitoring or positioned on the rear windshield for rear-video footage.

With the included hardwiring kit bundle, the systems are useful whether the vehicle is in motion or parked. The dash cameras include impact recording (moving and stationary) to capture accident footage up to 10 seconds after impact. Both cameras also have GPS to capture proof of speed, with an external plug-in GPS for the DVR-C310R and built-in GPS for the DVR-C320R.

Built-in Wi-Fi allows quick transfer of files to a phone, avoiding data loss emergencies, and also includes a 32GB SD card for additional recording storage. The dash cameras are App and PC viewer-ready to access the dash recordings in a pinch. Downloadable is the free ALPINE Recording Viewer app to view real-time and past recordings and control various camera configurations now available on the App Store or Google Play.

While both dash cameras will capture the user’s drive, the DVR-C320R includes additional drive assist features and function control through select Alpine multimedia receivers with rear-seat entertainment (when iDatalink Maestro is not in use). By connecting the DVR-C320R to an Alpine multimedia receiver via a universal RCA video output, the driver is provided a view of dash camera recordings on the screen and can access drive assist features like front collision warnings, lane departure warnings, front car movement warnings. Additional safety features like night vision allow capturing of footage even in the dark.

Green Gadgets for a Sustainable 2022