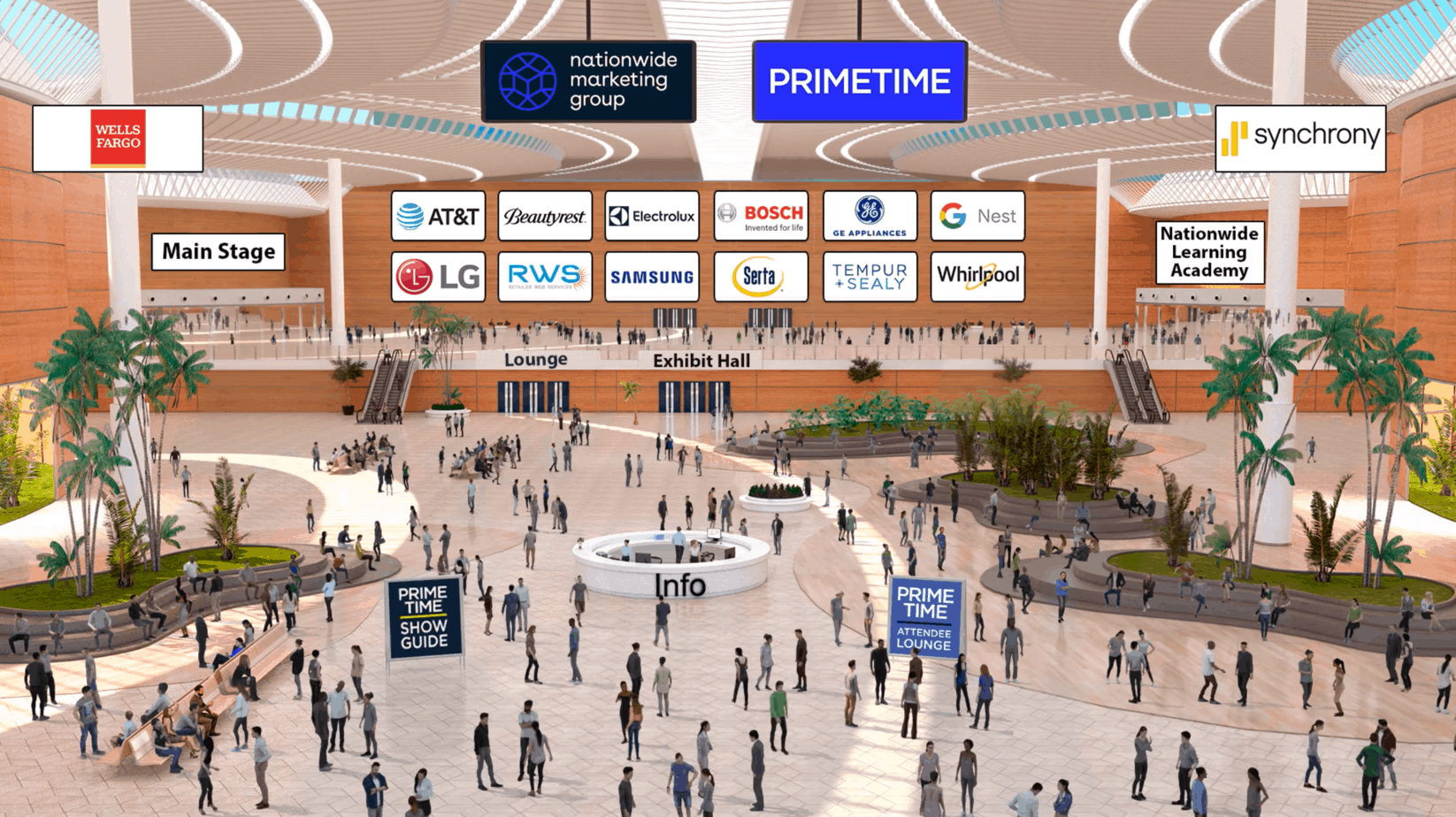 Nationwide Marketing Group hosted its first-ever Virtual PrimeTime show in October which was well-received by its community of members and vendor partners. Building on that momentum as the pandemic continues, Nationwide has announced that its spring PrimeTime show will return in virtual format from March 16-18, 2021.

“We are highly encouraged by and closely monitoring the rollout of the coronavirus vaccine across the country, and we look forward to finally getting back to face-to-face meetings later this year when it is safe to do so,” says Nationwide President and Chief Member Advocate Tom Hickman. “In the meantime, we are confident that we can work with our members and vendor partners once again to elevate the Virtual PrimeTime experience to even greater heights in March.”

The October Virtual PrimeTime saw record-setting engagement with more than 3,200 attendees from 1,300 member companies who interacted within the platform over 91,000 times. The Virtual PrimeTime experience also opened doors to 369 member companies that were able to attend PrimeTime for the first time. Taking what they learned from the first virtual event, Nationwide plans to offer even more robust networking, educational and buying opportunities.

Still, the urge to get back to face-to-face meetings is strong. Nationwide Marketing Group is in the early stages of planning regional road show events for Spring 2021, once it’s declared safe to hold in-person meetings again.

“By March, you’re talking about more than one full year since our community has been able to meet face-to-face,” says Rick Bellows, senior vice president and head of Nationwide’s member services team. “Virtual PrimeTime will be another great opportunity to come together for networking, education and buying. But there’s also value in getting together in a room and idea sharing with your peers face-to-face. And once we get the all-clear, that’s exactly what we plan to do.”

More details on Nationwide’s regional events will be forthcoming. For the latest information on Virtual PrimeTime, please visit www.nationwideprimetime.com.