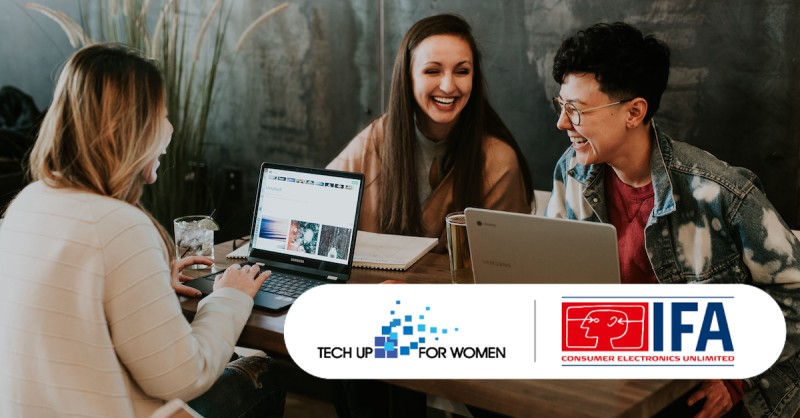 IFA 2021 has already been creating some major buzz in the consumer tech world, even seeing as we’re still seven months out from the show. Today, IFA announced that it will be partnering with Global Training Events Group in September 2021 to host its first International Tech Up For Women Conference.

With the show set to take on a hybrid format this year, the Tech Up For Women conference will be offered in both live and online formats for all attendees. Topics of the discussion will span a wide range of tech categories including cybersecurity, blockchain, fintech, 5G, entrepreneurship, interaction with the latest advancements in VR, AR, AI, robotics, coding, new products, services, collaboration and networking.

“We are excited to bring Tech Up For Women to IFA Berlin and create new opportunities for women to advance across the globe,” says Dawn Pratt, CEO of the Tech Up For Women Platform and Global Training Events Group. “The conference will provide women with the opportunity to learn from each other and build new networks.”

Tech Up For Women hosts an annual conference in New York City that was named One of the Top Five Most Inspiring Conferences by Forbes. After the onset of the pandemic, Tech Up for Women began hosting a bi-monthly webinar series called Tech Up Talks. Dealerscope also had the opportunity to speak with Kathy Murray, Co-Founder and Advisor of Tech Up For Women on InsiderTalk ahead of the 2020 Virtual Tech Up For Women conference held on Nov. 17, 2020.

“Tech Up For Women shines a spotlight on women’s role in technology. We are delighted to join forces with this extremely inspiring and highly innovative female tech community. Tech Up For Women is going to provide our guests and partners with an inspiring day with fascinating speakers, panel discussions, Power Talks and networking opportunities,” says Dirk Koslowski, IFA Director.